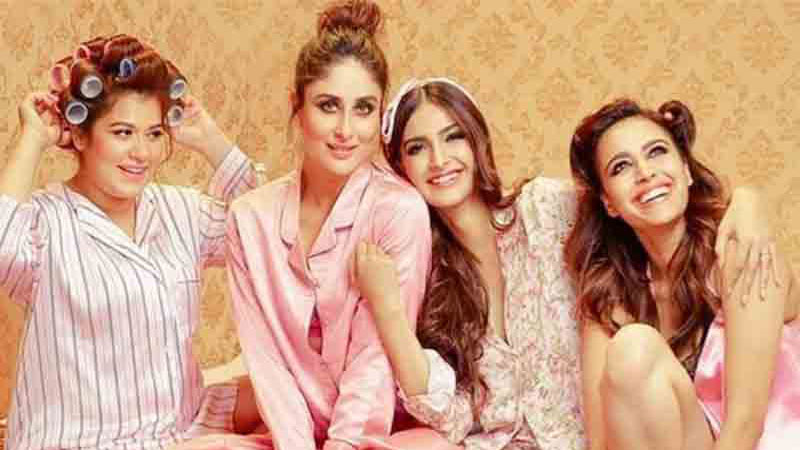 The film appears to be India’s version of the popular HBO series “Sex and the City” that ran from 1998 to 2004 in the United States. Sex and the City features lives of four unmarried career women living in New York City. The series explores changing women’s’ roles in American society and how the changes are impacting workplaces and women’s relationships with men.

‘Veere Di Wedding’ is not suitable for moviegoers of all ages. The film would shock and outrage many South Asians for its content. It does, however, begin to explore the possibility of significant social and workplace impact of the growing population of educated career women in the region

Directed by Shashanka Ghosh, it is a story of four drinking, smoking, foul-mouthed female friends from upscale South Delhi. These are well-educated young women asserting their independence by challenging social norms in a highly patriarchal Indian society. The behaviour and the language of the female characters in the movie has shocked and outraged many in India. The screening of the movie has been banned in Pakistan and slammed by Hindu groups in India.

As the name suggests, Veere Di Wedding (Friend’s Wedding) features a wedding. It is the celebration of the union of Kalindi with Rishabh (Sumeet Vyas) that brings together the four main female characters. They share their stories and the drama unfolds.

Each of the four characters is defying traditions in their own way with the common thread being refusal to accept arranged marriages within their caste and class. Meera has married an American against her parents’ will. Sakshi is a frustrated wife of an Indian man in London when he catches her using a mechanical device to pleasure herself. Avni, a divorce lawyer, is dumped by an Indian man picked by her mother as a “suitable” mate for her. Kalindi has been happily living with Rishabh in Australia. She only reluctantly agrees to solemnize the relationship upon Rishabh’s insistence.

The film and the caste have generated a lot of controversy in both India and Pakistan. Box office receipts so far suggest the controversy has helped sell more tickets.

Swara Bhaskar drew sharp criticism from several Pakistani celebrities for saying that “Pakistan is a failing state run by sharia laws” and then she added “why should we take pleasure in all the silly things that happen in Pakistan? Apologies to all my Pakistani friends…”

Swara was heavily trolled by right-wing Hindu groups after she protested the rape-murder of an 8 year old Muslim Kashmiri girl Asifa by posting a picture of herself holding a placard that said: “ I am Hindustan. I am Ashamed. 8 years old ! Gangraped! Murdered!! In ‘Devi’-sthan temple!!! #Kathua”.

“At least Indians and Pakistanis have finally managed to find something to agree about,” Bhaskar told BuzzFeed News. “Maybe this is the Indo-Pak peace talk we needed.”

Veere Di Wedding is not suitable for moviegoers of all ages. The film would shock and outrage many South Asians for its content. It does, however, begin to explore the possibility of significant social and workplace impact of the growing population of educated career women in the region. It is recommended for adult audiences who have watched R-rated western movies in the past.