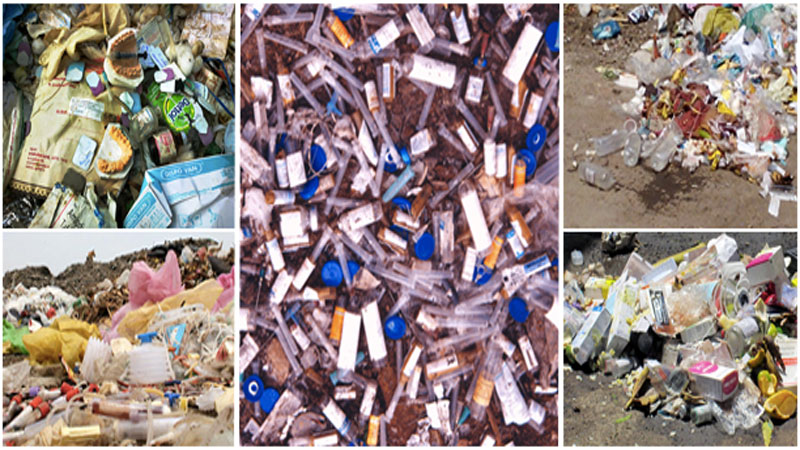 June 5 is celebrated as the World Environment Day to remind ourselves about the importance of having a clean and hazard free environment. Parallel to mankind’s unprecedented development in science and technology has been its insensitivity to earth’s atmosphere. The world is much polluted today than it ever was. There are different dimensions of pollutions such as air, water and even noise. All these dimensions are fueled by the waste people generate globally and their habit of treating Mother Nature as a slave rather than as an entity that has rights too of a peaceful existence. One of the penalties of modern and high-tech life is the creation of high-risk waste that increases biodegradable pollutants in the air. By definition, waste is”any substance either in liquid, solid or gaseous state, left over that is attributed to any definite person or organism responsible for it. Similarly, any worthless object, substance that is detective and has no further value that to be disposed is classified as a waste.” The quantity of waste generated by healthcare facilities has gone high overtime. If not properly managed it poses potential risks to the human’s life and the environment.

Medical waste that is generated in the process of health care delivery includes human tissues, body parts, sharp and infected items and materials that are environmentally unfriendly and potentially hazardous. Exposure to hazardous medical waste could lead to series of health challenges such as infections and life threatening diseases like hepatitis and HIV. Environmental and health risks associated with hospital generated waste can be reduced through efficient policy and effective planning. The handling and disposal of medical waste methods requires a lot of carefulness as inappropriate handling and disposal of hospital waste (HW) poses even greater danger and threat to the environment. Hospital management should make provision for adequate waste handling and disposal to reduce health risks and environmental pollution. Proper waste segregation is paramount at production point to avoid exposure to hazardous waste as it possesses health associated risks to hospital workers, general public, and the environment. Population is increasing and sprawl of hospitals and clinics, and health care facilities are on the rise, it is obvious that more hospital waste is being generated. In developing countries, managing hospital waste becomes a challenge because of lack of awareness and paucity of developmental funds required to make the health sector efficient and effective.

Both the public and private sector hospitals in Punjab produce a large amount of risk waste. This waste can be harmful for human health if not disposed of according to the prescribed standards laid under the applicable rules for waste management. According to a study conducted by the Planning Commission of Pakistan around 250,000 tonnes of hospital waste are generated per annum from all the healthcare facilities in Pakistan. According to the Environment Protection Department (EPD) Punjab, 5.2 million people (including 4 million children) die each year from hospital waste-related diseases.

The Hospital Waste Management Rules, 2014 governs Hospital Waste Management in the public and private hospitals in Punjab. According to the rules HWM from the point of generation to the final disposal is primarily the responsibility of the concerned public / private hospital. In the said Rules the term Hospital means, “A clinic, laboratory, dispensary, pharmacy, nursing home, health unit, maternity center, blood bank, autopsy center, research institute, veterinary institutions including any other facility involved in healthcare and biomedical activities.”

Though the Primary and Secondary Health Department as well as the Specialised Healthcare and Medical Education Department are working towards improving the hospital waste management system in the public sector hospitals, the PHC being a regulatory body ensures that all hospitals, public as well as private, follow the Minimum Service Delivery Standards requiring the disposal of HW in line with the applicable law.

The PHC is also tasked with verifying that Hospital Waste Management Committees in all hospitals/clinics in the public and private sectors are functioning according to the Standard Operating Procedures. The PHC has laid out the roles and responsibilities of the HWMCs for all hospitals/clinics with respect to safe disposal of medical waste. Ever since the ruling of the Supreme Court of Pakistan the PHC has exacerbated its drive against HWM.

The priority of any health institution is the care of patients. The policies of hospitals have been oriented traditionally to the health and well-being of patients, with a little attention to environmental problems. However, it is important that hospitals show concern to environmental protection otherwise, a vicious cycle of disease derived from inadequate waste management could be created with devastating effects to workers in charge of this task, the hospital community and the population in general.

However, for any effort to succeed in the HWM, the pilferage of waste backed by a well-coordinated mafia should be restrained.