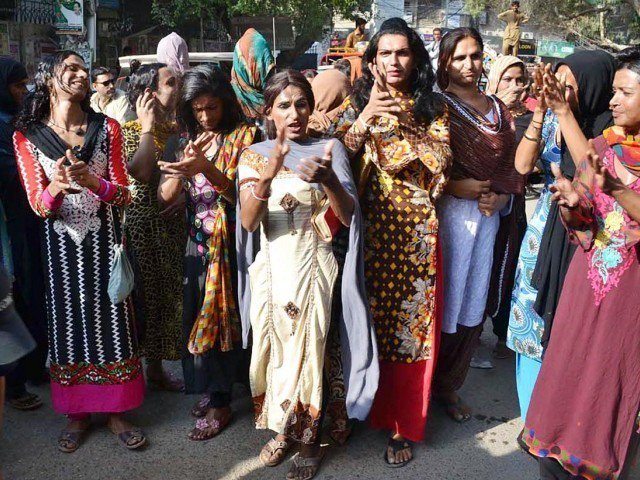 HYDERABAD: Youth in Hyderabad took a productive initiative by arranging an Iftar feast for the transgender community to help them integrate better socially and bridge communication gaps.

Sindh Talented Students (STS) youth group arranged an iftardastarkhwan for transgender people with the sole motive to promote harmony and love among genders to enable equality.

STS founder NasirChandio said that it is the youth’s fundamental responsibility to utilise educated status by breaking all the stereotypes existing in society.

He added that the cause this dastarkhwan served is that an individual belonging to any race religion or gender can sit among us, that’s what education teaches us.

DrKiranJeevraaj, a participant of the initiative, shared: “I belong to a to Hindu family but my profession has taught me to serve humanity, which is what I am doing in these social activities. However fasting in Ramadan soothes my inner self by bringing peace to my soul, this is my favorite month.”

She lauded STS’s efforts to bridge gaps and promote diversity saying that “we have seen people yelling at podiums to prove their point but nothing can vanquish the step taken towards the peace without any roared word. The inspirational act must have moved many hearts but this should also move many young steps by welcoming transgender into our human circle,” she concluded.

It was further said that the dastarkhwan is the only place where you can share inner feelings and love for your beloved. “Undoubtedly, they are the creation of God so we should support and not avoid them.”

More than 50 transgender people participated in the iftardastarkhwan which was organised at Eidgah Park in Rani Bagh. Participants Uzma, Kashi and Sapna shared that this is the very first time they have been invited by the youth for such a feast during the Holy month of Ramazan.

On the other hand, Mansehra transgender association representative Mahira Khan has submitted the nomination form to contest the general elections. Mahira, on occasion, said that “the male dominated society has looted the wealth of nation and has transferred it to the name of their children.”