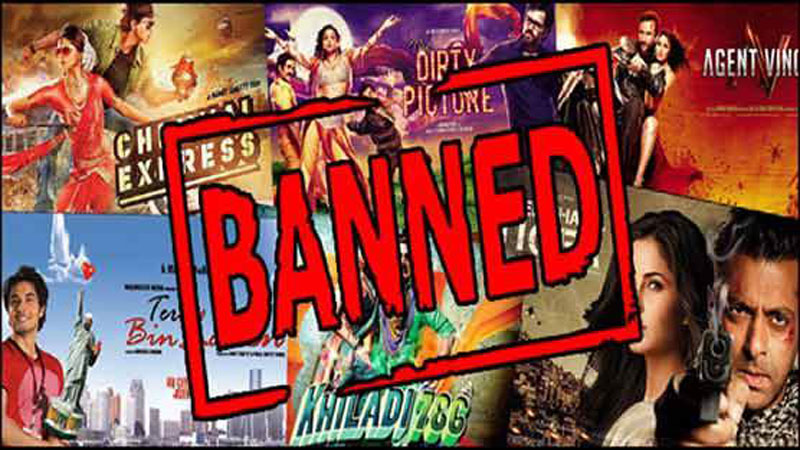 The Pakistan Film Censor board (PFCB) has always been adopting a rather irrational attitude towards the release of Indian films in the country. The institution has banned over 33 films in a short time span of 10 years.

The absurd stance of the regulatory authority against Indian films has raised a lot of questions among the audiences and the critics especially after the recent ban on ‘Veere Di Wedding’ over ‘inappropriate language’ and ‘vulgar’ content.

Pakistani authorities recently decided that no Indian movies wile be displayed during Eid ul Fitr and Eid ul Azha. The reason they cited for the ban was that the step would promote the local films and will help revive the Pakistani cinema. But this is certainly not the way to go about it

Critics have argued that many other Hollywood and Bollywood films have had such content in their scripts previously but no such restrictions were even thought of in case of these movies. The movie ‘Veere di Wedding is under criticism by moral policers who have raised objection over the scenes in which women were shown engaging in activities deemed ‘immoral’ in the society. When male actors are portrayed in the same way, hardly anyone cries ‘immorality’, but as soon as a woman is shown breaking boundaries to do what she pleases, society’s morality comes under threat.

Films which had been largely appreciated by the audiences and critics across the globe had not been granted permission of release for very juvenile reasons. ‘Haider’ was not shown on the big screens in Pakistan. Following this, ‘Bhaag Milka Bhaag’ was also banned only because it showed victory of an Indian sportsperson and loss of a Pakistani.

Meanwhile, the Pakistani authorities recently made a decision that no Indian movies wile be displayed during Eid ul Fitr and Eid ul Azha. The reason they cited for the ban was that the step would promote the local films and will help revive the Pakistani cinema. But this is certainly not the way to go about it. Quality of the content is what determines the popularity of a movie. And the stakeholders who came up with this decision are sadly mistaken if they think our local cinema can be revived merely by banning Indian movies. To revive Pakistani cinema, the government needs to invest in our artists and funds should be allocated for the film industry to ensure that we don’t lag behind in terms of resources. This would help improve the quality of the content and subsequently the viewership will also increase.

Art and production are directly proportionate and this enhances their importance in the present world. These bans are not only causing monetary losses and troubles for the artists, producers and industries; it is also depriving audiences of some great take on entertainment, technology and information. Therefore, the general opinion is that films should only be banned if they hurt the sentiments of the nation or if they cause any offence to the country. Moreover, collaboration between media fraternity on both sides of the border can also contribute to the Indo-Pak peace, considering the situation at the LOC has been rather sensitive for the past few months.