National commission for accountability will be set up if PML-N regains power: Nawaz 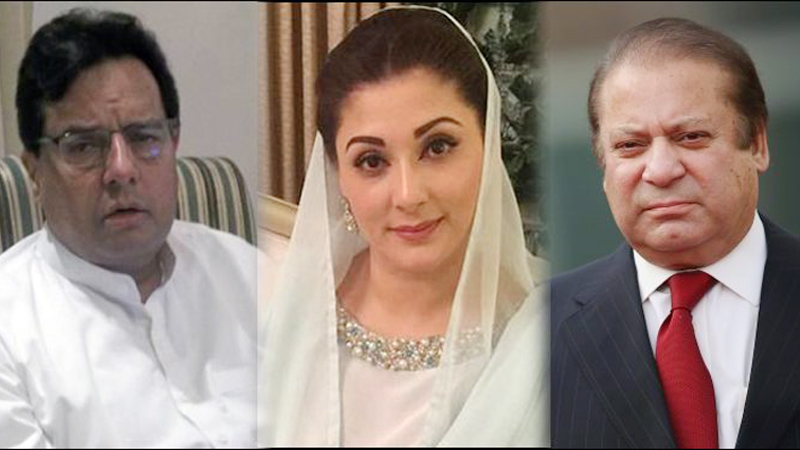 ISLAMABAD: Former prime minister Nawaz Sharif on Tuesday said a national commission for accountability will be set up if Pakistan Muslim League-Nawaz (PML-N) comes into power again after the upcoming general elections.

“If we put our own house in order, then everything will be in order,” he told reporters at the accountability court. Speaking about the Lahore High Court nullifying the nomination forms of electoral candidates, he remarked, “How is it possible that a single-member bench dismisses a law like that?” To which, a journalist said that the verdict has already been suspended by the Supreme Court. “But that occurred afterwards,” said Nawaz in response.

When asked about PML-N’s alleged involvement in controversy surrounding Reham Khan’s upcoming ‘tell-all’ book, he said, “When our opponents didn’t find anything else, they levelled this false allegation.”

To a question, Nawaz said the caretaker government is responsible for load shedding in the country. He reiterated his earlier claims that the PML-N government added additional 10,000 megawatts to the system during its five-year tenure. “There was no load shedding when PML-N was in charge,” he said.

Earlier, the accountability court dismissed a miscellaneous petition submitted by Nawaz Sharif requesting that final arguments in all the three references against the Sharif family be heard together.

Nawaz and his family members are facing three corruption references in the accountability court – Avenfield Properties, Al-Azizia Steel Mills and Flagship Investments – in which they are accused of money laundering, tax evasion and hiding offshore assets.

“You may challenge this verdict in the high court,” remarked Accountability Judge Muhammad Bashir after dismissing the petition.

In response to this, junior defense counsel Saad Hashmi requested a 15-minute break to discuss the matter with Nawaz’s legal counsel Khawaja Haris.

All three references have been formed on the basis of Panamagate JIT report, which was ordered by the apex court to probe assets of the Sharif family, Hashmi added.