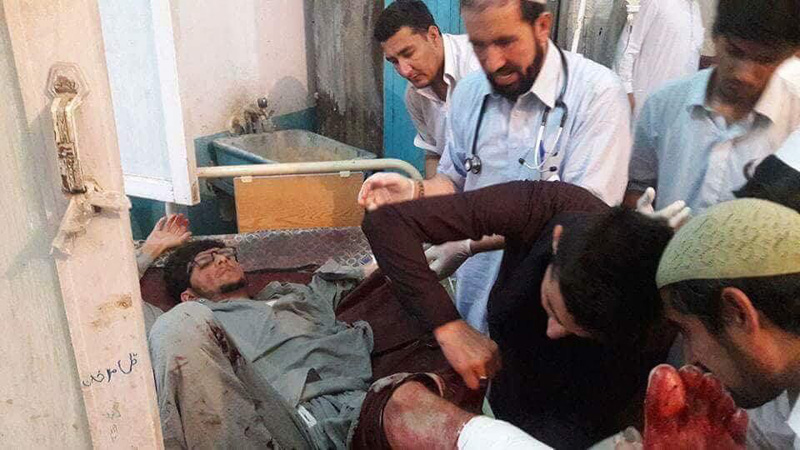 ISLAMABAD: At least three supporters of the Pashtun Tahafuz Movement (PTM) were killed and 20 others suffered injuries on Sunday when armed members of a self-identified aman committee mounted an attack on a gathering in Wana, the headquarters of South Waziristan Agency.

Arif Wazir, a cousin of PTM leader Ali Wazir, and Noor Ali Wazir, a local journalist, were reported to be among the injured. Wazir was present on the occasion and was reported to be safe during the bloody clash. On Saturday, aman committee men had threatened him that his house in the area would be torched if he did not disassociate himself from the PTM.

Those with critical injuries were taken to Dera Ismail Khan, an adjacent district, for medical treatment.

A senior journalist hailing from North Waziristan, speaking on condition of anonymity, said his sources confirmed that the attack was orchestrated by Mullah Nazir group. 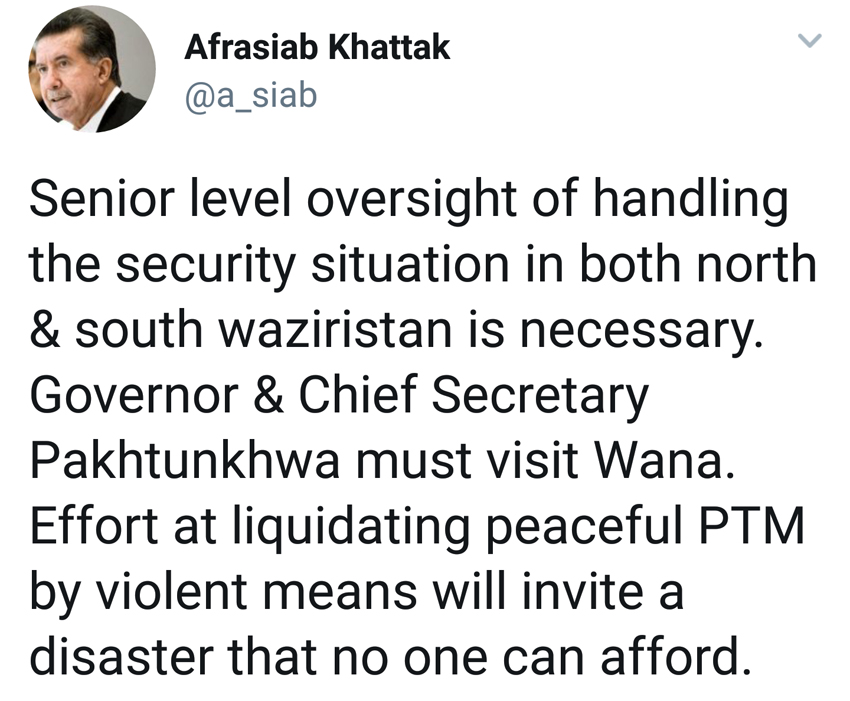 Witnesses told Daily Times on telephone that armed assailants arrived in double-cabin vehicles at the main bazaar of WANA where the gathering was underway. They started an argument with PTM supporters. Some of them torched a nearby stall of ‘Pashteen’ caps, so called because of their association with PTM leader Manzoor Pashteen. “This infuriated PTM workers and escalated the clash,” said a tribesman who was present on the occasion.

Insisting that the aman committee was Taliban in disguise, he said the assailants opened fire at the gathering using heavy weaponry. PTM workers, meanwhile, pelted stones on them, leaving two men in the convoy injured, he said.

Soon after the clash, the security forces arrived to quell the situation. And latest reports suggested that a curfew was enforced in Wana.

Later in the day, PTM leader Manzoor Pashteen addressed his supporters on social media and claimed that 10 workers of the movement had died in the clash. By the time this report was filed, multiple protests were reported from across the country to condemn the attack.

Separately, a sit-in in Mir Ali, a small town in North Waziristan Agency, remained underway on the second consecutive day on Sunday to condemn the targeted killing of Hamidullah Wazir, a political moharir of local administration, by unidentified gunmen. Unidentified gunmen had on Friday night ambushed his vehicle and opened indiscriminate fire on it, killing Wazir and injuring his three guards. Wazir was on a patrol near Sarobi, a populated area where the security forces have also established their camp, Abdul Majeed Dawar, a resident of the area, told Daily Times.

Dawar said a grand jirga would be held after Eid to deliberate on the deteriorating state of security and to devise a plan for the purpose.

Adnan Bethani, a local journalist, said that at a recent gathering held on his return to Wana, Ali Wazir had vowed to not let militants and their supporters ruin the peace of the area anymore.