The Muslim veil ban debate: signs of an evolved world? 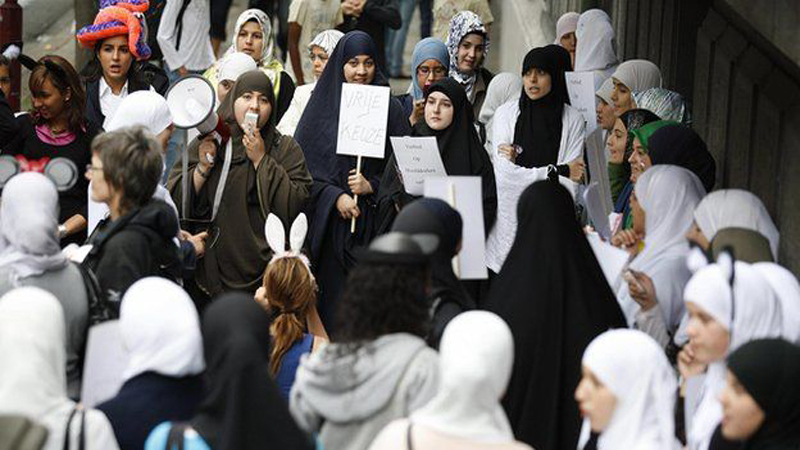 It is a great pleasure and honour for all of us to be here today, in a quantum leap of a revolutionised understanding of the world, where the product of a time that once divided it into blocs, now sees into the everyday life and curiosities of its citizens, and treats them with dignity and respect.

Two generations ago, the idea that homosexuals could legally get married and adopt children was unthinkable. Today, laws prohibiting homosexual activity have been struck down and same-sex marriage has been legislated in more than 20 countries around the globe.

In September 2017, a royal decree announced the end of a decades-long ban on Saudi women driving in the kingdom, a policy that had long served as a symbol of the country’s unequal treatment of women; this stood as the only one of its kind in the world.

However, in regards to the Muslim veil ban debate in the European states over the years, has the recent decision of the EU’s highest court of ruling been able to achieve the perfect balance between ‘freedom of religious expression’ and ‘sensible living’? Most can say that the the beginning of 2018 has seen a significant step forward into the West’s move to outlaw Muslim headscarves and veils, in public. The movement to limit women headwear (the burqa and veil) had been growing in Europe for more than a decade, and now, the European Court of Justice has ruled its first decision on the issue of employees wearing visible religious symbols at work.

Below we look at the timeline of the legislation passed:

31 March 2010
A committee in Belgium voted to implement the first European ban against wearing the burqa and niqab in public. The centre-right MP, Denis Ducarme said he was proud that Belgium was the first country in Europe which dared to legislate on this “sensitive matter”. Although, according to fact, it is the French government that imposed the first ban. A law banning the full-face veil did not come into effect in Belgium until July 2011, three months after the French ban.

11 April 2011
Under a decree by the French prime minister, François Fillon, women were banned from wearing the headscarf in any public place. Face veils were outlawed, virtually, anywhere outside women’s homes, except when it came to worshiping in a religious place or travelling as a passenger in the car.

1 July 2014
The European Court of Human Rights upheld France’s burqa ban. The judges quoted as saying that the preservation of a certain idea of “living together” was the “legitimate aim” of the French authorities.

22 May 2015
The Dutch cabinet approved of a partial ban on face-covering Islamic veils in public transport and public areas. The ban, however, did not apply to wearing the burqa or niqab on the street, except during the emergence of specific security reasons.

18 January 2016
The former UK prime minister, David Cameron, made a statement saying he would back institutions with “sensible rules” over Muslims wearing full-face veils, but ruled out a full public ban.

Cameron said, “In our country, people should be free to wear what they like,” but added, “When you are coming into contact, either, with different institutions, or, for instance, you are in court, or you need to see someone’s face at the border, then I would always back the authorities or the institutions that have put in place proper and sensible rules.”

6 December 2016
Another feather in the cap: German chancellor, Angela Merkel, endorsed a partial ban on the burqa and niqab. She said, “The full facial veil is inappropriate and should be banned wherever it is legally possible,” she says.

30 January 2017
Austria’s ruling coalition agreed to prohibit the full-face veil in court and school premises. It also pledged to investigate banning headscarves for women that were employed in the public sector.

14 March 2017
The European Court of Justice, in its first decision on the headscarf issue, ruled that employers can bar staff from wearing visible religious symbols. But it also ruled that customers cannot make demands to workers to remove headscarves in cases when the company has no such policy of barring religious symbols.

31 May 2018
The ECJ’s settlement, from the previous month, was followed through by the Danish parliament that voted to ban garments covering the face, including the niqab or burqa. The bill was prepared by the ruling centre-right coalition.