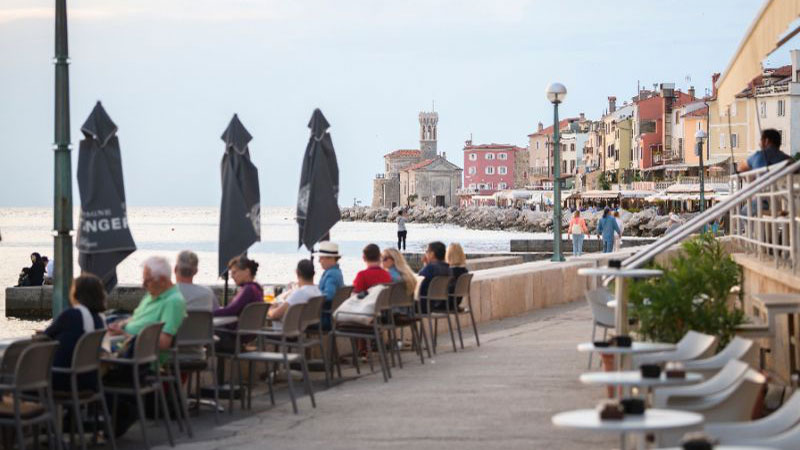 As Slovenia prepares to head to the polls on Sunday, the government of outgoing Prime Minister Miro Cerar could be forgiven for expecting a dividend for the country’s strong economic recovery.

And yet the parties in the ruling coalition are lagging far behind in the polls as the campaign enters its final stretch.

Small business owner Valter Makovec provides a clue as to why.

His family-run furniture company is one of the small and medium enterprises that account for almost two-thirds of GDP and it’s doing better than ever, almost doubling revenue since 2015 to around two million euros.

That mirrors Slovenia’s impressive economic growth as a whole, with GDP growing 5.5 percent in 2017.

But 61-year-old Makovec is loath to give politicians any of the credit for his firm’s recovery.

“I’ve stopped listening to political promises, most of it is hollow election rhetoric… I don’t think the outcome will have any impact on business,” Makovec told AFP, in between fielding production-related questions from his daughter Polona.

And he still fears a repeat of the crisis that hung over the country for the best part of a decade and which almost sank him.

“Our market collapsed in only three months,” Makovec says, recalling the round of layoffs the company was forced into and struggles to pay monthly bills.

Not feeling the benefit

The hard times kicked in following the 2008 global financial crisis, which crippled the banking sector of the “Switzerland of the Balkans” as huge amounts of bad debt came to light.

In 2013, Slovenia narrowly avoided having to seek a bailout along the lines of Greece and adopted a programme of swingeing austerity and privatisations.

In recent years, that seems to have paid off, with the government finally boasting a modest budget surplus last year and unemployment coming back down to 5.2 percent, roughly where it was before the crisis.

That’s also reflected in Makovec’s business, which now employs more people than it did before 2008.

However, government cuts to welfare and public sector wages meant that “many Slovenians didn’t have the impression of benefiting from growth,” according to Rosvita Pesek, political journalist with RTV public television.

Recent government moves to relax austerity have not been enough to stave off a wave of public-sector strikes or to save its position in the polls.

Clouds on the horizon?

While Makovec doesn’t think politicians need thanking for the turnaround in his fortunes, he knows what did save his business.

“We started from scratch… (and) decided we should find new customers abroad,” he says.

A contract with a high-end British furniture designer followed, as well as a booming trade in making gambling tables for customers abroad.

Exports have been key to securing Slovenia’s recovery and increased by 10.6 percent in 2017, with 9.2 percent growth forecast for this year.

Car giant Renault and pharmaceuticals company Novartis both have an important presence in Slovenia, and are geared almost solely to exports.

But Hermina Vidovic, an economist at the Vienna Institute for International Economic Studies, warns that Slovenia’s reliance on foreign trade could leave it exposed to developments in other economies.

The recovery was down to “the favourable economic environment in Europe, particularly in Slovenia’s main trading partners,” she told AFP.

“As long as the external conditions remain supportive of economic growth, the forthcoming elections will not have any decisive impact on the Slovenian economy,” Vidovic said.

Nevertheless, the European Commission is urging Slovenia to press on with reforms to its health and pension systems, to increase employment among low-skilled and older workers and to cut down on bureaucratic burdens.

Vidovic also says the multi-party coalition government that polls suggest will be needed after Sunday’s elections “might hamper the speeding up of reforms”.

Back in Komen, Makovec is closely watching events abroad to see what they augur for his business.

“I am concerned by trends in the gambling market, the growth is too strong, it reminds me of 2005 and 2006,” he says, wringing his hands.

“The gambling market points the way,” he says, fearing that the rest of the economy will follow.