Wali’s initiation into the world of magic

Wali was transfixed by Grampa’s description of Aqeeq. He was both eager and restless to begin his journey to Gnydilin but was informed by Grampa that a great story required the ideal setting; it had to welcome the reader, draw him into an isolated nook and cradle him into the experience. “Success lies in a combination of factors,” he instructed him.

Thus, the preparations for Wali’s initiation into the world of writers, poets and their creations began with Grampa summoning Turaha, a maid as old as the house itself. She slowly clambered her way up the rickety steps, whispering to herself. As she came into view, Wali noticed that she was accompanied by one of her fireflies; it floated just above her left shoulder. She carried such little weight for a person of her age and took immense pride in her collection of fireflies. Turaha had a little colony of the glowing creatures festooned in a corner of the backyard and devoted her life to taking care of them. Turaha was a soot-rubbed, middle-aged woman. She wore a rag for an apron which looked like it had been dunked in grease before being wrapped around her delicate waist. Wali had inquired about her shabby demeanour several times but was informed that her poor hygiene was entirely a result of her own choices.

‘Miss, if it isn’t much trouble, would you mind weaving a bit of magic to bring us some rain and a few gusts of winter and, I hope I’m not pushing our luck here, a little music? Little Wali is about to go forth into the Forest of Gnydilin tonight.” Grampa winked at her, the little crow’s feet surrounding his eyes settled into neatly folded bags as he did so.

“Aah, is it Wali saheb’s initiation today? Turaha will do as asked.”

Wali paid little attention to Grampa and Turaha’s theatrical tactics, he knew they were just trying to spook him out. It wasn’t until Turaha spoke to the firefly that he started taking them seriously.

“Syli, do the rain dance while I call out to the winds of winter.” Turaha commanded to the tiny insect above her shoulder. Within seconds, the dot of light began to orchestrate its own elegant rhythm. Wali watched, amazed as Turaha opened her mouth and began to chant an oddity. She raised her arms, as if playing a fiddle with her hands and soon enough, a faint sound could be heard. It grew louder as Syli’s movements became swifter and the old maid’s hands bobbed with fluidity. Wali did not know whether to laugh at the ridiculousness of it all or feign sobriety. He sat amused at the ongoing mad-show till he observed the wind outside getting angry; it howled as it knocked against the windows and seeped through their weathered edges. Within a few minutes, Wali’s bones felt the crispy, unfriendly touch of winter as it crept in between the spaces surrounding him and Grampa.

“That’s quite enough, M’lady. Thank you,” Grampa exclaimed as he eyed Wali quizzically. “Could you please bring me a cup of tea and Wali here hot chocolate with his favourite toppings of whipped cream and marshmallows?”

“Ofcourse Sir,” Turaha nodded. She turned her back towards them in a casual fashion as she left, it was as if the past fifteen minutes of Wali’s life had been a mere hallucination. Neither Grampa nor Turaha commented on the strangeness of the ritual that had just taken place. As Turaha left, the wind quietened  but the cold it had brought remained. Wali was a little afraid, he had to admit. Perhaps, even more than a little.

Grampa recognised the fear in Wali’s eyes and addressed it, “Do not fear the unknown, Wali. Instead, seek it. Grapple at the uncertainty that threatens the balance of your life. You must hold onto it as it will give you the reigns to determine your own destiny!” He gave Wali a reassuring smile as he picked up his walking stick and pointed to the fireplace. The embers of the vintage fireplace crackled and danced, casting a warm glow across the walls of the mahogany study room. Wali felt calmer then. Grampa’s wrinkled hands guaranteed his safe passage as they held his tiny smoothened ones in them. The cold no longer bothered him. He cozied up to it as Turaha returned with his chocolatey drink. Wali picked up the  blue marshmallow floating on his decadent looking drink and popped it into his mouth. He keenly licked the dollop of cream layered on top to reveal the deep, dark well of the chocolate underneath. As he gulped it down, he felt his reservations melt away. When he opened his eyes, he opened them to a world of magic that just was. There were no reactions necessary, no awe or disbelief needed.

Wali heard a clap of thunder outside and held firmly onto the warmth of his cup as he walked up to the front-facing window. The rain trickled against it but poured in torrents on the pavement outside. As he glanced out into the night, he saw something move in the shadows near the entrance gate of the house. He strained his eyes and gestured at Grampa to come and take a look but Grampa only eased further into his armchair. It seemed the problem was not his. As Wali’s eyes settled in the dark, he was able to spot a dwarf of a man in an embellished green coat waving enthusiastically at him. 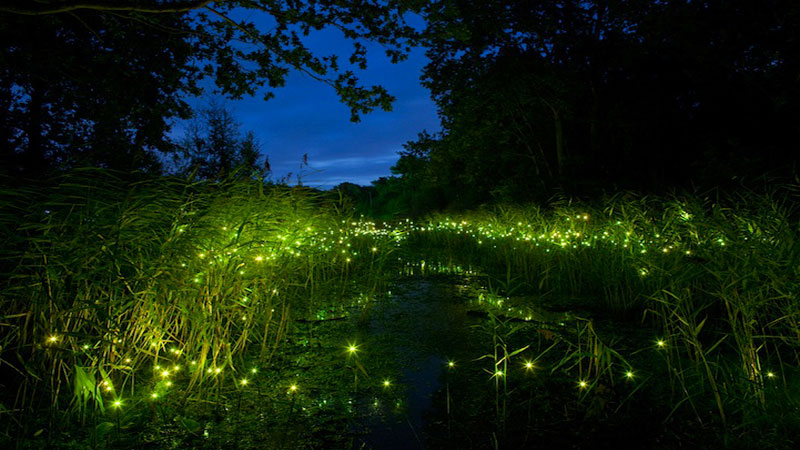 “Is he by any chance tiny and decked in a glittery green coat?” Grampa let out a laugh and sighed.

“Don’t worry. That’s just Bawnie, he’s a leprechaun. He has been there all along. He keeps watch outside. You have just started drawing the curtains from your eyes…

By the dance of embers,
the enchantment that lies within the walls of this chamber,
by the grace of Syli’s ritual,
the fiddle played by Turaha’s fingers…
You have been initiated,” Grampa sang heartily.

This is the second part of the story ‘Aqeeq, the Blue Dragon.’ The series will continue next week.