* On May 20, Pope Francis announced the names of 14 new cardinals 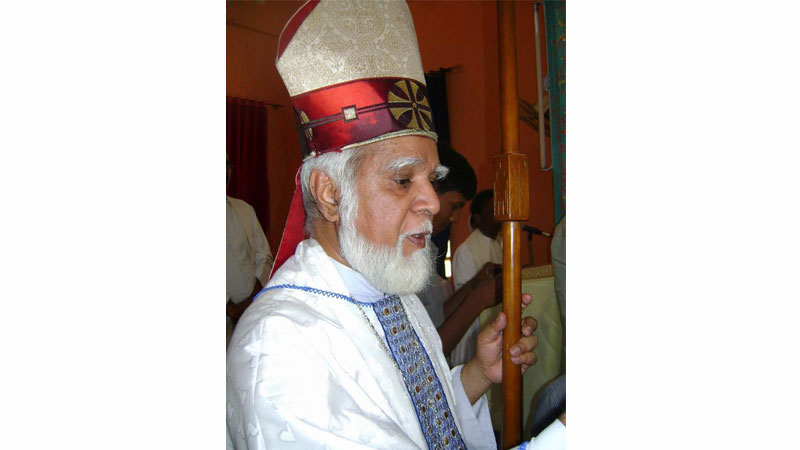 LAHORE: Pakistan Catholics Bishops’ Conference President and National Commission of Justice & Peace Chairman (NCJP) Joseph Arshad has welcomed Archbishop Joseph Coutts of Karachi who is elevated to the dignity as a cardinal.

Joseph Coutts will be the second Pakistani archbishop to be honoured with the position after the death of Cardinal Joseph Cordeiro back in 1994.

On May 20, 2018, Pope Francis announced the names of 14 new cardinals. The announcement was made during the Pentecost celebrations after the Holy Mass. The official ceremony will take place on June 29, 2018 at the Vatican.

In a joint statement, Joseph Arshad, Reverend Emmanuel Yousaf and NCJP Executive Director Cecil Shane Chaudhry stated that it is truly a historic and a great moment of pride for the Catholic community and the entire nation.

“We have very optimistic feelings regarding this decision. Archbishop Coutts is a visionary with immense knowledge and in-depth understanding of political matters,” it was said.

Emmanuel Yousaf stated that after this appointment, the issues of human rights in Pakistan will carry more weight and people will have a stronger voice internationally.

“We believe that his leadership will boost our morale and Archbishop Coutts will be a reason for progress of the local church, they said.

Cecil Shane Chaudhry and Joseph Arshad congratulated Joseph Coutts and stated, “We are a religious minority in Pakistan, but now our voice can be heard well in the universal church. We are very thankful to Pope Francis for this decision because he takes care of the small churches.” He further said that not only Archbishop Coutts has served as a bishop; he also has a mission of promoting peace and tolerance in the country and has also formed the first-ever diocesan commission to promote interfaith harmony. He often attends seminars and conferences to encourage people from different religions to live together peacefully.

Archbishop Joseph Coutts has been Head of Caritas Pakistan for a long time and has been engaged in several initiatives of justice and peace and to promote interfaith harmony. During his 13 years as a bishop of Faisalabad, he established a committee to solve the religious differences between Muslims, Christians and Hindus. To bring peace in the city and among people he believes that we have to work on harmony and increase tolerance levels among every school of thought.