Europe is ready to move on from Brexit 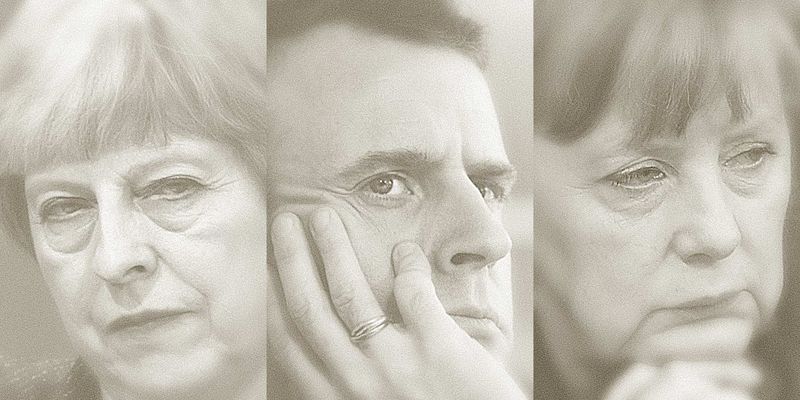 At the end of June 2016, Nigel Farage arrived at the European Parliament in Brussels for one of the most important speeches of his career. Five days earlier, in a stunning electoral upset, Britain had voted to leave the European Union—the first country to do so in the EU’s nearly six decades of history. The leader of the United Kingdom Independence Party, feeling his political career had finally been vindicated, took the opportunity to launch a stark warning to his colleagues from across the continent. “What happened last Thursday was a remarkable result,” he said. “It was a seismic result. Not just for British politics, for European politics, but perhaps even for global politics, too.”

Two years later, Britain is still reeling from that institutional earthquake. The political landscape has been radically transformed: David Cameron, the Conservative prime minister who’d called the referendum and campaigned for Britain to remain in the EU, resigned immediately after the humiliating defeat. He was replaced by Theresa May, who subsequently lost her majority in a new general election and has been forced into a political partnership with the Democratic Unionist Party. The British economy has slowed, its growth rates plummeting from the top to near the bottom of the Group of Seven table. Most worrying, the country still lacks a realistic plan for its future relationship with the EU, even though these ties will be crucial in determining Britain’s prosperity and place in the world in the decades to come.

By contrast, for the rest of the EU, Brexit has turned from brutality into banality. The other 27 member states are quietly seeking to preserve their mutual interests in the negotiations—and then move on. The hard truth is the EU has plenty of challenges already: A trade confrontation with the US has exposed its lack of global clout; in Italy, a populist coalition of the League and the Five Star Movement threatens to set Rome on a collision course with its partners; the euro zone is struggling to strengthen its economic governance, which remains vulnerable to a repeat of the recent sovereign debt crisis. Brexit is simply one concern too many to fret about.

In theory, Farage was right: Brexit had the potential to cause havoc across the EU. In the months after the referendum, analysts busily looked for countries that might follow in Britain’s footsteps and leave the Union. Exhibit One was France, where Marine Le Pen, the leader of the far-right National Front, was topping the polls on a promise to take the country out of the single currency. The Netherlands was also flirting with an exit, thanks to the strong polling of Geert Wilders, leader of the euroskeptic Party for Freedom.