In the spirit of International Women’s Day

March 8 is celebrated as International Women’s Day to honour the struggles and hurdles every woman has to go through their lives. Bravery, honesty, love, compassion, hard work, sacrifice, care, courage, grace, loyalty, excellent cooking skills, confidence, responsibility and did I mention finest cooking skills? Let’s add sense of humour and gentleness to the everlasting list of traits which sums into existing form of a feminine embodiment.

There’s no denying to the fact that there are moments when women manage to get onto the nerves of their fellows but then, who doesn’t? Nobody is a ‘saint’ in our society, so respect and honour for both genders should be firstly ‘taught’ from childhood so that it becomes integrated within the innocent minds of our youth so that in the upcoming generations, people actually implement ‘respect and honour’ like it’s their second nature. Since, we are nowhere near that ‘mind-set’ as for now, let us still make the most of this day and glorify every woman because she deserves it. Here’s a tribute to all the woman that spend every day making sure that their loved ones aren’t hungry, sad, angry, unloved, upset, sick, and did I mention hungry because nobody, I tell you, can challenge a woman’s supernatural power to cook oh so majestically, with the sprinkle of heavenly taste that can win anyone’s heart and soul.

Pakistan has been blessed with remarkable talent and inspiring female figures. Fatima Ali Jinnah was the founding leaders of Pakistan, who earned the title of the first Governor General of Pakistan. She stood in elections in 1965 and fought bravely for civil rights.

Benazir Bhutto served as the 11th Prime Minister of Pakistan but first woman to lead the Muslim nation. Harvard and Oxford were a part of her educational credentials.

Youngest software mastermind Afra Kareem who died at the age of sixteen due to cardiac arrest, met Bill Gates and just at the age of nine, she became Microsoft Certified Professional.

Youngest Nobel Prize winner and activist for female education, who was a victim of Taliban and despite the attack, Malala Yousafzai, 19, fought for women’s right for education.

Maryam Nawaz, Muniba Mazari, late Ayesha Farooq, Zubaida Tariq, Samina Baig, Sharmeen Obaid are among the most influential ladies of Pakistan that deserve a standing ovation for their contributions and efforts.

Twitter has never failed to serve as the biggest platform where one can express their individuality in its truest essence and honour every human being that allow a part of their intelligence to be showcased through their tweets. Here are few of the most inspiring tweets that women all over the world penned down on Twitter to celebrate their womanhood.

To begin with, renowned writer and dramatist Oscar Wilde described women to be rebellious, so one should proudly embrace it. 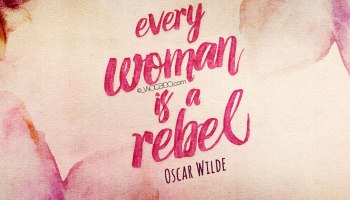 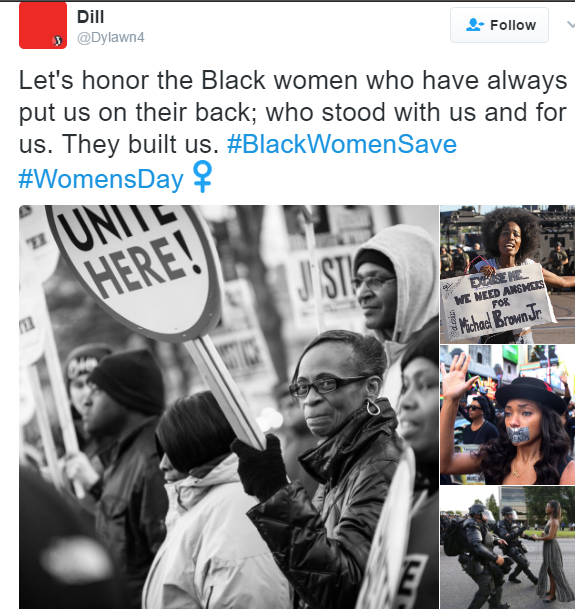 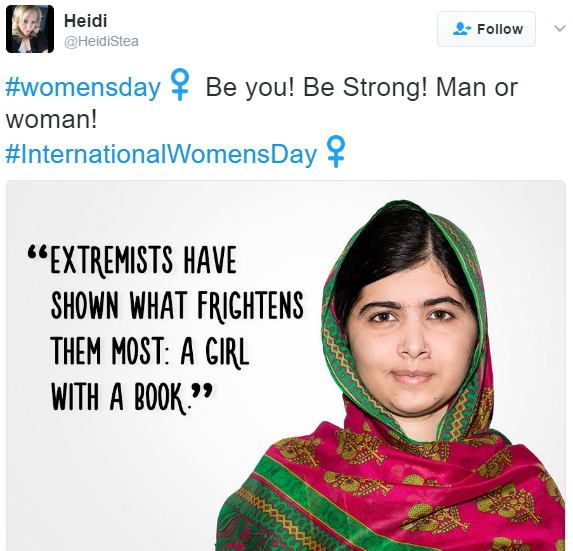 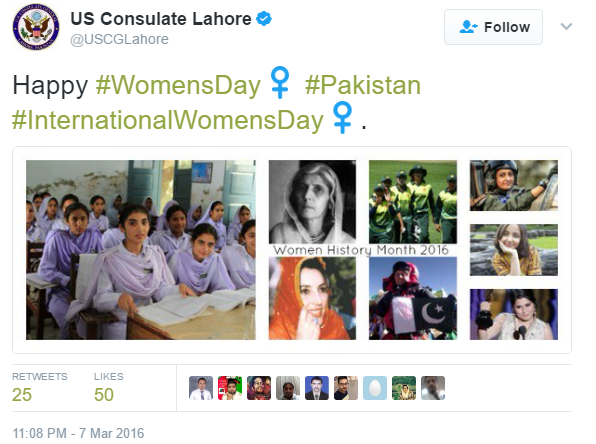 Lastly, here’s a message from Michelle Obama for all the ladies out there: