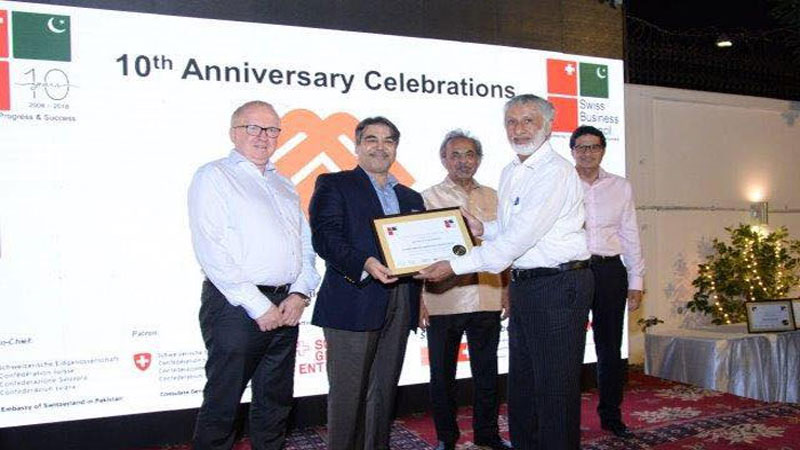 To mark the 10th anniversary of the establishment of the Swiss Business Council (SBC) in Pakistan, the Consulate General of Switzerland in Karachi in collaboration with the SBC hosted an exclusive event at the Swiss Consul General’s residence.

The Consul General and Patron of the SBC – Mr. Philippe Crevoisier – in his welcome address to the participants that included diplomats and senior management of Swiss and other multinational companies, and leading businessmen, said that if Pakistan could present to the international community the country’s on-ground realities and business potential, many more foreign investors would consider investing in the Pakistani market.

He also mentioned that the Swiss-Pak bilateral trade (CHF 518.5 million in 2017) was increasing promisingly for the past three years. The Consul General also said that the SBC’s efforts to further improve commercial ties between the two friendly countries were commendable.

SBC’s President Farhat Ali, who is also the Council’s founding president and chairman of the Board and Executive Managing Director of Polygal N.V. in Pakistan, gave an overview of the Council’s achievements over the past decade, most prominent among which was the partnership with Switzerland Global Enterprise (S-GE); the equivalent of the Trade Development Authority of Pakistan (TDAP) and Board of Investment (BoI).