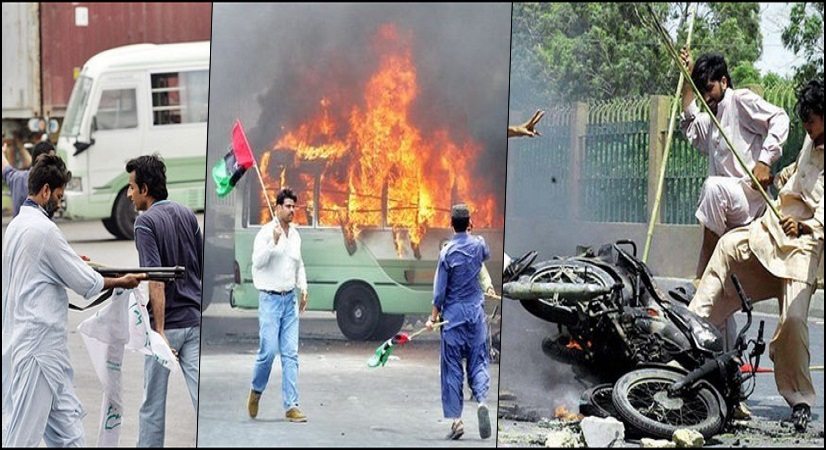 Lawyers across the country are set to mark today as a ‘Black Day’, in honour of those who lost their lives in the gruesome violence that gripped Karachi 11 years ago.

On May 12, 2007, the then Chief Justice of Pakistan Iftikhar Chaudhry arrived at Karachi’s Jinnah International Airport, where a large contingent of lawyers was waiting to welcome him. Upon his arrival, however, violence broke out between the workers of the Pakistan Peoples’ Party (PPP), the Awami National Party (ANP) and the Pakhtunkhwa Milli Awami Party (PKMAP) who had gathered to welcome the CJP on the one hand, and the workers of the Muttahida Qaumi Movement (MQM) on the other.

The Police was a silent spectator as the gathering descended into chaos, leaving 40 people dead, while a lot of the city’s infrastructure lay in ruins.

Many voices continue to clamour over the culpability of the state apparatus in allowing the riots to unfold, while others wish to see the MQM taken to task over their role in instigating the carnage.

The Pakistan Peoples’ Party (PPP) and the Pakistan Tehreek-e-Insaf (PTI) will also hold rallies in Karachi today. The PPP will hold a rally in the city’s Bagh-e-Jinnah while the PTI will highlight its popularity near Aladdin Park.