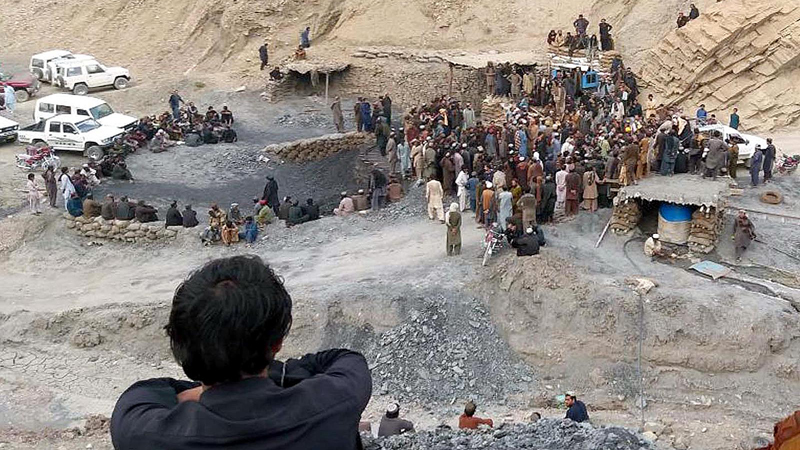 At least 16 miners lost their lives and six others were injured as two coal mines collapsed in the vicinity of Quetta on Saturday.

Rescue efforts were underway to extend help to a lone worker trapped under the rubble of a mine in the Pir Ismail, Marwar, 45 kilometres from

Quetta. The worker was believed to be alive when this report was filed.

The other accident took place in a mine operated by the Pakistan Mine Development Company (PMDC).

The bodies of the 16 men had been recovered and sent to the mortuary. The injured were taken to the hospital for medical treatment. The miners were trapped after a gas explosion in at around noon. Witnesses said that clearance of the airway leading to the mine took sometime, in the meanwhile, the workers trapped in the rubble died of suffocation. Labourers, the inspector mines, Frontier Corps (FC) personnel and the district administration as well as the Levies force participated in the rescue operation.

Earlier this week, six labourers working on network installation for a private telecommunication company were shot dead by unidentified men in Kharan district. According to levies forces, the labourers, who hailed from Punjab, were working without any security and did not have a no objection certificate (NOC).