Whether her appeal is allowed or not, Asia Bibi's case will have serious implications on the political, religious and economic fronts

In a few weeks, the Supreme Court of Pakistan will hear the case of Asia Bibi, a worldwide known Christian woman falsely accused of blasphemy over an argument for sharing the drinking pot. The case started back in 2009.Since then, Asia is behind bars, waiting for her release. During the session court hearings, she had denied blasphemy charges against her. Still, she was awarded death sentence, which was later upheld by the Lahore High Court. However, in 2015, the Supreme Court of Pakistan suspended her death sentence till the apex court heard her appeal.

Unfortunately, on 13 October 2016, the day of her hearing at the Supreme Court, one of the judges of the bench refused to be the part of the bench for the reason of the conflict of interest. According to the judge, he was involved in the bench which decided the case of Mumtaz Qadri, the cruel assassin of Salman Taseer, the Governor of Punjab. Since then, there was complete silence, whereas the Christian community in Pakistan and around the world was desperately looking for the case to be decided.

Very recently, in a direct conversation with Asia’s solicitor, the Chief Justice of Pakistan promised to hear her appeal soon. If her appeal is allowed, almost after a decade, she will experience the sense of a free person for which not only Asia but her immediate as well as the worldwide Christian family is anticipating for the last nine years. However, if the apex court does not find an error in the law in her previous court determination, she would be the first person to receive the death sentence under blasphemy laws. Hundreds of blasphemy victims are languishing in Pakistani jails, and many have lost their precious lives in extrajudicial killings. Country’s prominent lawmakers and international jurists, who have studied Bibi’s legal proceedings records and the session court verdict, believe that there were certain errors of law ignored by the High Court but the Supreme Court will repudiate the verdict of the lower court to set Asia free after long imprisonment, which itself is a question on the judicial system of Pakistan. 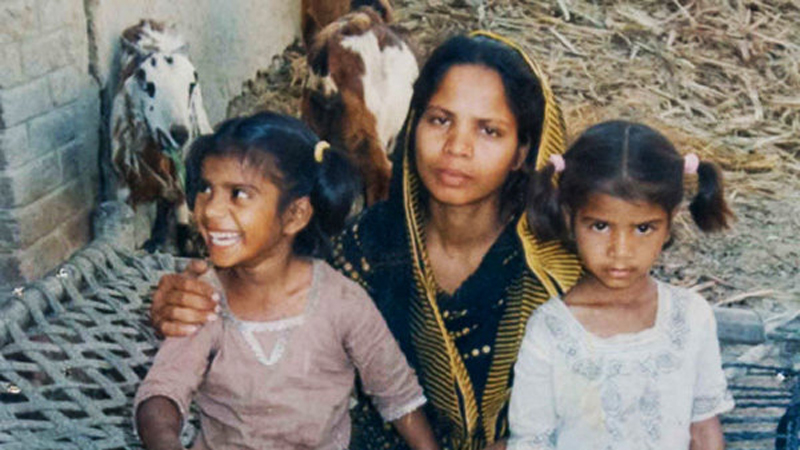 In any situation, whether her appeal is allowed or not, the case will have serious implications on the political, religious as well as economic fronts of the country. Last year, the EU was seriously considering equating Asia’s release with the renewal of GSP-plus status, which was later granted but Pakistan had to face a tough opposition during the final review. The Christian Union Party, which campaigns for Asia Bibi, opposed the resolution, also to protest against Pakistani blasphemy laws; Italy’s ancient Colosseum was lit red, and Asia Bibi was the central theme of the protest.

Last year, Asia Bibi was nominated for the high-status EU Sakharov Prize. Pope Benedict, the former head of 1.2 billion Catholic Christians urged Pakistan to drop blasphemy charges against Asia Bibi. Pope Francis recently met with Asia’s family and ensured them of his blessings, prayers and practical support towards her release. Other Christian countries hold the same position against blasphemy laws and religious minorities’ victimisation in the name of the religion. On April27, a prayer day was observed in Pakistan and around the world for her freedom. Sebastian Shaw, the Arch Bishop of the Catholic Diocese of Lahore while speaking to Vatican’s Fides News said, “Church’s hope and heart would be with her united in a special day of prayer and fasting for Asia Bibi.”

Asia Bibi is not an individual but a phenomenon. She deserves freedom, support and encouragement not only from Christians but from the society at large

Christians from other denominations also declared their participation in prayers and fasting for her release in the result of the Supreme Court hearing. From all around the world, messages, good luck cards and best wishes are being sent to Asia Bibi in Multan Jail. The overwhelming response from the national and international community shows how desperate they are to see ‘a free Asia Bibi’.

Unlike Islamic fanatic groups, Christians in Pakistan or elsewhere including Pope and the Bishop of Canterbury cannot mobilise their communities to protest on roads. Instead, they prefer to pray and fast to see the divine intervention in the case. On the other hand, if she is released, there will be an uproar in the country, and religious fanatics like Khadim Hussain Rizvi will find it as a rare chance to mobilise their forces against Christians, courts and the government. Will this election season allow these forces to play a religious card which is being used in the country for the last seven decades? Unfortunately, these brutal forces do not believe in the rule of law. They want to see Asia hanged at any cost. But this is the time to refute such forces. After the execution of Mumtaz Qadri, there wasa restlessness in the country, but the government handled the situation wisely.

On several occasions, Asia Bibi has denied the charges against her and her statements are the part of the court documents, which means she never admitted the fabricated case. However, if she is still found guilty, the Supreme Court of Pakistan will definitely recall the incident of Islamic history when a woman used to throw garbage on the Prophet (SAW),but he never complained. Instead, when one day he found the woman did not throw rubbish on him, he went to his house to see her. As a woman, Asia’s sufferings are greater than any other victim of blasphemy case; this is a time to prove that there is the rule of law in the country and not of those who want to control Pakistan with aggression, ignorance, and intolerance.

In the worst situation, her execution will have a lasting impact on the political as well as economic scenario of the country. Asia Bibi is not an individual but a phenomenon. She deserves freedom, support and encouragement not only from Christians but from the society at large.