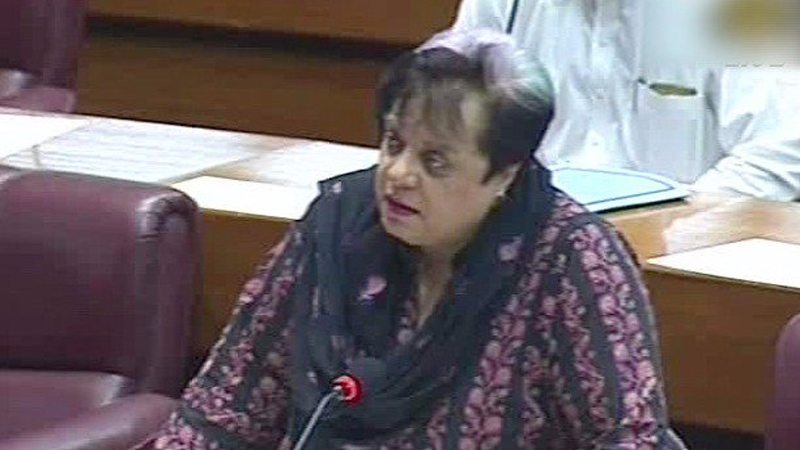 ISLAMABAD: The Lower House of parliament on Wednesday unanimously passed a resolution condemning the abusive language used by some members of the ruling Pakistan Muslim League-Nawaz (PML-N) against women of the Pakistan Tehreek-e-Insaf (PTI).

“The House unanimously condemns the abusive language used by ministers against women of PTI,” the resolution read, without mentioning names of Punjab Law Minister Rana Sanaullah and other members of the ruling PML-N involved.

Speaking on the issue, PTI’s MNA Shireen Mazari said that the remarks by some politicians of ruling party against PTI women were deplorable as such things do not suit to lawmakers.

Shazia Marri of the PPP condemned the remarks against women. “The problem is of the mindset, which underestimates women in our society at large,” she said.

Ayesha Syed of JI said “our religion gives women huge respect and we should avoid targeting them in our political statements.”

Joining the opposition benches, MNA Tahira Aurangzeb of the PML-N also said that Islam gives high value to the respect and dignity of women. She clarified that her party believes in respect for women and that’s why PML-N President Shehbaz Sharif had also apologized for remarks made by a provincial minister.

Shahida Akhtar of JUI-F said degradation of women should be condemned because a woman is respectable in every role.

Earlier, the National Assembly opened debate on federal budget for the next fiscal year. Leader of the Opposition Syed Khursheed Shah, while opening the discussion, said that the country was facing huge problems due to rising population and declining natural resources. “Proper policies have not been devised to overcome the problems being faced by the populace,” he said, and once again criticised the appointment of a non-elected person as finance minister.

Shah said parliament is a supreme institution and its sanctity should be upheld by all. He said it is need of the hour that all politicians make unanimous decisions on the issues of national importance.