A glimmer of hope for Pak-US relations

US President Donald Trump began the year with a Twitter message accusing Pakistan of deceit and lies. Nevertheless, the United States was one of the first allies Pakistan had since its inception but both the countries had somewhat fraught relations for more than 30 years.

Starting from the 1980s, the US gave arms and funding to Pakistan which was then used to train the Afghan Mujahideen who fought the ‘big bear’ in Afghanistan.

Later in the 1990s, the Afghan-Soviet War ended, and the US withdrew from the region, thus leaving Pakistan in a betrayal. Then in the early 1990s, Pakistan’s nuclear device was in the limelight which prompted the burden of sanctions and embargoes from the US on Pakistan.

The real change in the outlook, however, occurred after the September 11 attacks in 2001, after which the US called on Pakistan to join its Global War on Terror (GWOT) in Afghanistan, that too without offering many choices to Pakistan as the then President Bush avowed ‘either with us or against us’. Pakistan joined hands with the US in its Global War on Terror and assisted the US in return for military and security aid.

Undoubtedly, Pakistan paid a hefty cost for its help in the US-led War on Terror and in the mid-2000s where Pakistan battled hard with the Taliban insurgency and revolts on its own soil.

The relationship could improve further if the US seeks to develop a more pragmatic, long-term relationship with Pakistan’s civilian government along with the military

Then again in the waning years of Obama administration, the US charged and accused Pakistan of professedly giving safe havens to the Taliban-affiliated Haqqani network and consequently withheld the aid.

The current scenario in a way is no less than the continuation of the policies of Obama administration with significantly a more grounded talk and a more resolute spotlight on the Haqqanis. There is no defying of the fact that to win the war in Afghanistan, the US needs Pakistan not only for the supply routes but also to negotiate an enduring political arrangement and peace in Afghanistan. 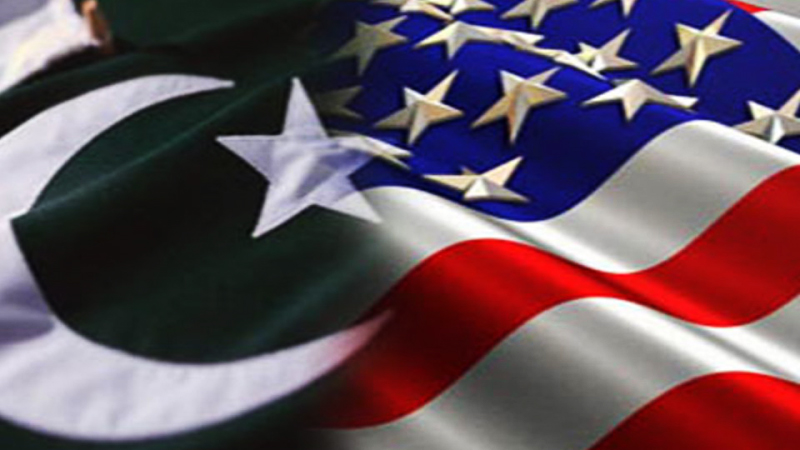 Pakistan-US relations at present are at a low point and are unlikely to improve since both the nations are devoid of trust, and it could even exacerbate in the short-term if the Trump administration continued the same ‘do more’ mantra coupled with the cuts in the aid with further actions like declaring it a state sponsor of terrorism or in any event diplomatically isolating it.

However, the long-strained relations since President Trump assumed office between Pakistan and the US are now heading in a better direction. The Pakistan-US relations saw a positive curve after the recent visit of the Principal Deputy Assistant Secretary for South and Central Asia, Alice Wells to Pakistan on April 9. Though not overwhelmingly positive, yet the visit was a glimmer of hope for an otherwise fraught relationship between the two countries. The US diplomat has acknowledged Pakistan’s efforts in eradicating terrorism from its soil and also highlighted the critical role Pakistan can play in bringing peace to the region in general and Afghanistan in particular. Noting Pakistan’s remarkable efforts against terrorism and also the fact that Pakistan itself is the biggest victim, the diplomat asserted that “I always say that terrorists who attack Pakistan are also enemies of the United States. We have an agenda, we believe we have shared interests, and Pakistan has a stake in a stable Afghanistan.”

To conclude, the relationship could improve further if the US seeks to develop a more pragmatic and long-haul relationship with Pakistan’s civilian government along with the military.

The writer Research Associate, Strategic Vision Institute, Islamabad. He can be reached at Ubaid@thesvi.org