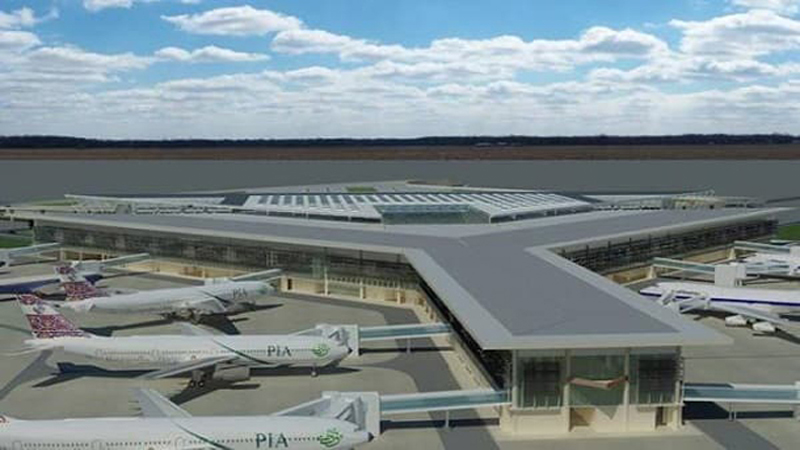 The first incoming flight (PK-300) of Pakistan International Airlines (PIA), headed by Farrukh Mirza and inbound from Karachi also landed at the airport at 11 a.m.

The first flight from the airport is all set to take off at 12.30 and is bound for Karachi.

Speaking at the inaugration, the Prime Minister said that aviation was ‘personally very close to his heart’ and thanked his aviation adviser Mehtab Abbasi and former Civil Aviation Authority chief Air Marshal (retd) Asim Suleman for their efforts in completing the airport.

The Prime Minister also claimed that the incumbent government completes its projects and fulfills its promises to the people.

Complete operation flights will start from the 3rd of May. The opening of the airport was supposed to be held earlier on April 20 but because of some technical malfunctions and security issues it was delayed.

The Islamabad airport is linked with two cities, Rawalpindi and Islamabad by the Kashmir Highway and the Motorway through Thallian interchange.

The cost of this airport is more than Rs100 billion and its construction started in April 2007.

The airport can handle nine million passengers and 50,000 metric tons of cargo because of its modular design. The airport is designed in a “Y” shape.

It has 15 boarding bridges, two runways, three taxiways beside with two double-deck A380 and seven remote bays for small aircraft.

Moreover, the airport has two runways each with a length of 3 kilometers.

Earlier, Minister for Interior, Planning and Development & Reform Ahsan Iqbal had visited the New Islamabad International Airport on Monday and was accompanied by the Director General Federal Investigation Agency (FIA)  and other officials.

They also scrutinized the facilities being provided to travelers.