* 'Freedom of expression is fundamental as without it, the entire regime of human rights is threatened,' the senator says 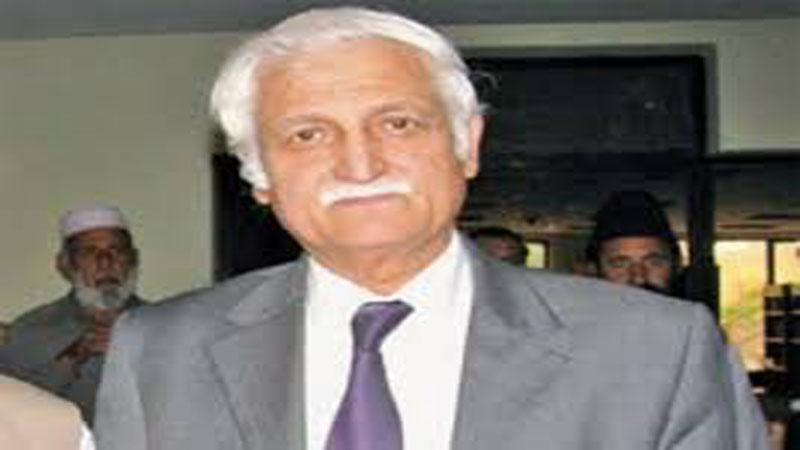 ISLAMABAD: As the elections near and parties make commitments in their manifestos, they should also evolve an agreed common charter of human rights underlying protection of most basic fundamental rights where freedom of expression should be the foremost in it.

Until now, freedom of expression had come under attack from visible state and non-state actors but now it has come under attack from invisible and secret manipulators. This was stated by former Senator Farhatullah Babar while speaking at a consultation organised by the Human Rights Commission of Pakistan in Islamabad.

Freedom of expression is fundamental as without it, the entire regime of human rights be it the right to life, right to fair trial, right to information and right of association is threatened and gravely undermined, he said. These invisible manipulators were stifling freedom of expression by arm twisting media outlets, black out of dissenting voices like that of Pashtun Tahafuz Movement (PTM) and proscribing media content without recourse to law and bypassing the legal mechanisms provided for the purpose under the law, he said adding, “this unlawful manipulation of media content is the most serious and potent threat to freedom of expression”.

He said that the appearance of media freedom was an optical illusion that was sustained by the politicians fighting among themselves before full view of the public while any meaningful discussion on state narratives was not allowed.

Elaborating, he said that the media refrained from showing footage of Mullah Mansoor Akhtar droned in Balochistan which was available until after former US President Barack Obama and the Taliban announced it.

No meaningful discussion takes place in the media on the Guantanamo Bay like prisons in tribal areas officially known as internment centres, or missing persons, negotiations with Khadim Hussain Rizvi leading to surrender by the civilian government society, the voice raised by the PTM and the like. Even discussions in the parliament have been stifled, he said.

When the reported allotment of 90 acres of land to a former Army chief was raised in the parliament, an Inter Servies Public Relations press release warned against what it described as maligning the Army and creating misunderstandings between state institution. The matter has never been discussed in talk shows

There is no discussion on the mainstreaming of militant outfits, the emergence of Milli Muslim League, the declaration by Jamatud Dawa to enter into electoral politics and parading on media, Taliban spokesman Ehsanullah Ehsan the self confessed murderer of APS Peshawar as a sort of white washed hero.

He said that the civil society could play a crucial role in defending human rights only if there was freedom of expression, of association and of peaceful assembly. However their space and that of human rights defenders was shrinking.

He said that political parties may identify human rights issues and also make promises to address them. It will be hard to implement as long as there was a de-facto state overriding the de-jure state.