A quest for sanctity: vote to voters

Democracy belongs to people, its people who have the right to choose, no one has the authority to tip over their choice. These are some of those many statements, which people of Pakistan have been listening since 28th July, 2017. Yes it’s a one year story of then Prime Minister Nawaz Sharif.

A man, who luckily became the premier of Islamic Republic of Pakistan three times and very unluckily failed to complete his term thrice. Twice Nawaz and his government had been dismissed in purely non democratic ways, but story didn’t remain same when this happened third time in 2017.

A lot has already been written about Panama papers and London flats. From a lay man to literate scholar, everyone knows everything about it. For some people it’s a proxy war between establishment and the democrat Mr Sharif, where judiciary has an integral part to play, and for some it’s all about corruption. Whatever it is, one thing is very clear that the ideological Mr Sharif still hasn’t been able to give a proper answer about his unprecedented growth of family wealth. It’s a sad truth and a mere reality. 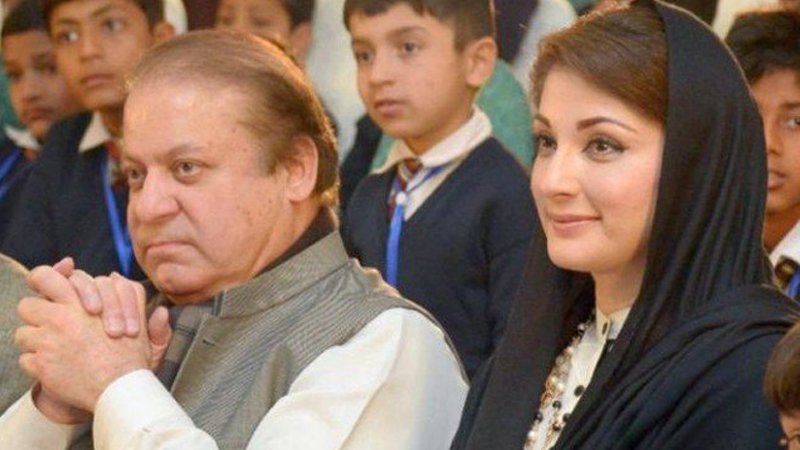 In this background a new slogan has been raised: respect the sanctity of vote. In this regard a seminar was also held, where lot of things had been said. Interestingly some very selective parts of history were also discussed there. A lot has been said about the eras of 70’s, 80’s and 90’s. Ironically effected parties were the hot topic, but nothing had been said about the political gainers.

History is not biased, but we make it bias when we quote it selectively and use it for our own personal interests. Without any doubt, we have to accept the fact that, Mr Sharif has always been remained one of the very few biggest beneficiaries of that whole political engineering of 80’s and 90’s. Only once he was standing on the right side and it was the 12th October 1999. Other than this, Mr Sharif never ever thought about ideology or any other thing like that.

Yes, it is true that due to dictatorships and political engineering, democracy hasn’t been able to flourish, but one cannot blame others for own mistakes

What Mr Sharif had done to Charter of Democracy is another grimy story of political gains. From the dismissal of then Prime Minister Yousaf Raza Gillani to Memo Gate scandal, Mr. Sharif and his party played a vital role. His famous speeches, where he gave some very vital moral and political suggestions to the then Prime Minister can be listened on social media.

Every saint has a past, but for this firstly you have to become a saint. At least openly accept the mistakes you have/had done in the past. Democrats around the globe often take strong moral decisions to set an example. It’s the high moral ground of the democrats which make them superior to dictators.

Democrats need a constant and strong ideology to prove themselves against the odds. Yes it is true that due to dictatorships and political engineering, democracy hasn’t been able to flourish properly, but one cannot blame others for own mistakes. When democrats themselves didn’t respect the parliament by going there and answering questions of their respective parliamentary members, how can someone else respect them and their vote’s sanctity.

Vote’s sanctity belongs to people. Often we quote the example of Turkey where people stood in front of a non democratic attempt. But we didn’t explain the fact that people came out at their own, without any arrangements. They came out because democracy was serving them well.

Will people come out for a democracy where food, shelter, health, education and clean drinking water are still a dream? And when someone from outside asks for people’s right, democrats try to cover it by identifying it as judicial overstepping. Vote’s sanctity is vital but to get this, one has to protect voter’s sanctity too.