Is a Russia-Pakistan corridor in the making?

If Pakistan plays balanced chess moves on the board of international and regional politics, it can become a hotbed of intersecting world economies

Over the past decade, Pakistan and Russia have been repairing a relationship that was badly damaged during the Cold War.

State-to-state ties are not grounded in emotion but based on shared interests. No two countries can remain friend or foes forever; the convergence or divergence of mutual interests decides the nature of ties between two states. Though relations between Russia and Pakistan have remained turbulent over the years, they have been warming up over the last decade, with top political, diplomatic and recent military engagements. Kremlin is reaffirming its role in its immediate domain and beyond, whereas Islamabad is seeking new avenues in its vicinity. Moreover, the new arrangement of Pakistan-Russia defence relations is a symbiotic realism that flouts conventional wisdom. This is essentially a paradigm shift in the global policy framework. Old allies such as US and Pakistan are drifting away amid changing geopolitics and unfolding regional crescendos.

Russia’s cozying up to Pakistan is indeed a sign of Pakistan’s rising importance in the emerging international domain. Its lifting of the arms embargo against Pakistan in 2015 undoubtedly signifies that Russia is getting quite comfortable with the idea of cooperation with Pakistan.

Earlier this month, Russia also began the delivery of Mi-35 advanced assault helicopters to Pakistan; Islamabad and Moscow concluded the $153 million helicopter deal during then-Chief of Army Staff General (retd) Raheel Sharif’s visit to Russia in June 2016. A preliminary contract was signed at the Pakistan Army General Headquarters in Rawalpindi in August 2015.

No two countries can remain friend or foes forever; the convergence or divergence of mutual interests decides the nature of ties between two states

Pakistan is significant for Russia in two dimensions. First, it serves as an outlet to the Central Asian Republics and the Kremlin would never desire instability there. Second, the strategic location of Pakistan connects the Central Asian region with the Middle East and Indian Ocean — thus Russian goods can access the international market very conveniently through Pakistan.

Moscow also wants to invest in Pakistan’s agriculture technology, including drip irrigation and desert farming. Likewise, Russia is also interested in utilizing China Pakistan Economic Corridor (CPEC). The fundamental reason for which Moscow would like to become, even an auxiliary, part of CPEC is that it is the long-cherished desire of Russian rulers to have access to the warm waters of the Arabian Sea, Persian Gulf and Indian Ocean. Since the times of the Russian Czar Peter the Great to the present-day Russian leader, Vladimir Putin, all have wanted to somehow provide Russia access to warm waters of Asia. Most of the other seas surrounding Russia are not navigable. Russia’s engagement with Pakistan to utilize latter’s geostrategic location complementing with CPEC have already begun. Russian Telecom giant, VimpelCom, is also consolidating its position in Pakistan. After purchasing Mobilink, it has also acquired Warid. Both the brands after merger would benefit from VimpelCom’s $1 billion investment into building one of the largest and most ambitious IT infrastructures in the industry in Pakistan. The Russian telecom is now eyeing on Bank Alfalah too. 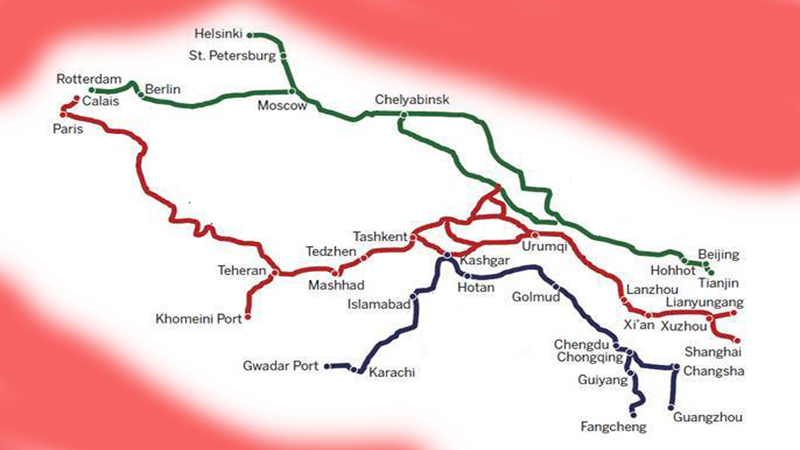 In mid-2017, Russia’s Gazprom International and Pakistan’s Oil and Gas Development Company Limited (OGDCL) signed the Memorandum of Understanding (MoU) in Moscow aimed at mutual cooperation, joint ventures and use of state-of-the-art technology that would aid exploration and development. Russia has already expressed its interest to invest $8 billion in Pakistan and a major part of it will go in the country’s ailing energy sector.

Senior Pakistani journalist Syed Talat Hussain who is associated with Geo News, on Monday revealed that a big Russian delegation led by Mayor of Leningrad is coming to Pakistan as Moscow “plans on purchasing banks, laying down railways lines and enhancing their interest in telecommunications. As America’s role shrinks, other powers court Pakistan,” he wrote. Talat Hussain further revealed that the Russians see Bank Alfalah as a big ticket investment in Pakistan.

Pakistan is at the crossroads of economic giants. With the increasingly improving security situation, these booming economies are looking up to Pakistan for their economic interests. Pakistan can cash in its geo-economic and geostrategic location, but by playing cautiously. With Russia’s growing interests in different sectors of Pakistan’s economy and tapping into the potential areas where it can either invest or capture the market for Russian goods, it seems that after Chinese adventurism of CPEC, Russia Pakistan Economic Corridor (RPEC) is also in the making. The thought of it may be ahead of time, but if Pakistan plays balanced chess moves on the board of international and regional politics in particular, it can become hotbed of intersecting world economies.

The writer is a Research Fellow at Center for Research and Security Studies (CRSS), Islamabad, while pursuing his MPhil. in Public Policy from School of Public Policy, Pakistan Institute of Development Economics (PIDE), Islamabad