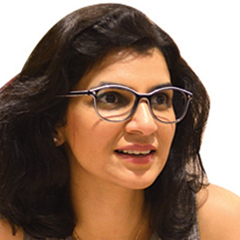 #Metoo and how Pakistan’s elite is in denial

The difficulties of a much needed #MeToo movement in Pakistan have come into stark relief over the past week. The tide of vitriol and recriminations that came in the wake of Meesha Shafi’s allegations have left many of us reeling. It doesn’t feel so much like support for Ali Zafar, as it does an attempt to make an example of Meesha Shafi for threatening the status quo.

What we saw strewn across all forms of media over the last week is far from healthy, and increasingly the norm. Victim shaming, ascribing ulterior motives to the accuser, character statements in favour of the accused, anger directed at the victim for embarrassment to the wife. With every tweet and Facebook post, the perpetrator was allowed to recede into the background and the accuser was pilloried in the public square. That so many have clambered to silence Meesha is an indication of how real the fear that someone we know or love may have behaved in a similarly abhorrent manner.

And therein lies the rub. We know we have a problem in Pakistan. Whilst women’s rights groups have been active in Pakistan since at least the 80’s, a sudden uptick was noticed once the fog of war lifted, and news of terrorism finally gave way to accounts of increasingly cruel and callous treatment of women, children and minorities. Young women flock to existing women’s rights organisation swelling their ranks. Many formed their own in response to deprivations like the dwindling right to public spaces from which Girls at Dhabas was born. The government has also channelling resources into protecting women’s rights. We now have Federal and Provincial Ombudsman’s for sexual harassment cases, and Punjab has introduced — albeit rather watered down — The Punjab Protection Against Violence Act in 2016.

It seems the only demographic insulated from dramatic and lasting change is the so-called ‘elite’. With the insidious othering of victims of abuse and harassment as coming from “unenlightened”, “poor” and “uneducated backgrounds- further reinforced by the liberal elite claim that we need to focus on the suffering of the poor, the elite remain cocooned within a climate of denial. With class connotations firmly in place it becomes easier for elite men to perpetrate domestic violence, harassment, and sexual abuse; assured that the shame of the victim will allow them to escape accountability. It’s an artifice that hides the abuse of power and privilege under a veneer of respectability, and should an elite man face a challenge to his behaviour well he can rely on his peers to close rank and cast out the victim as somehow lacking respectability. It is why you see more and more elite men fully vested in the failure of the #MeToo movement in Pakistan.

It is now incumbent on the rest of us to listen to women who complain of sexual harassment and reserve judgement. And for those who might find themselves on the receiving end of such an allegation: I hope you have the good graces to accept your wrong doing and face the consequences . . . like a man

I needn’t mention how dire the need for reform is in every sector of society. If we introspect for just a moment, we will see multiple instances of this abuse of power played out in our own lives. I myself spent half my 20’s in employment in London and the other half in Lahore. Of the three positions I held in Lahore, I was sexually harassed at two. In London, not once. My career as a lawyer in Lahore was severely disrupted when I was forced out of my place of employment after relentless sexual harassment. My then boss Ali Sibtain Fazli, failed to take any steps to protect me from the unwanted attention of an associate at the firm, and after a particularly harrowing incident, my husband intervened, telling Mr Fazli how he let me down and escorted me out of the office, never to return. I have never spoken to that associate again, and it makes me furious to this day that my career suffered for HIS misbehaviour.

I forgave Mr Fazli (which in retrospect he never actually sought), under the assumption that the incident had left an impact. His recent decision to represent Ali Zafar — his son in law- in a defamation case against Meesha makes me suspect I was mistaken in my assumption.

It is no coincidence that I, now in my 40’s, work for myself. I have created a women-friendly space in my business more out of necessity than not. It hasn’t always worked as I hoped. The same power dynamics reared their ugly head a couple of years ago when I was physically assaulted by the police on my ex-landlord, Amer Jamshed’s instructions. Yet another elite man exercising his privilege and power to intimidate. Unsurprisingly, when I shared my experience with feminists (many of whom come from the elite) I was met with resignation rather than outrage.

The deafening silence of women’s rights groups in the aftermath of the Meesha Shafi case (with perhaps the notable exception of GAD’s) is however unforgivable. Every day that passes without a collective statement of support for a victim suffering this level of abuse for speaking out, ensures that more and more women will choose not to speak out in the future. It goes beyond feeling helpless, now you are actively hurting the movement with your silence.

So where does that leave the rest of us? Those of us wishing to speak out fear becoming a cautionary tale. And those who dare not speak, now lose hope of ever doing so. And what of those who know the accused? Considering the scale of the problem this is now a possibility we each need to reconcile ourselves with in order to heal and grow.

When the Friday Times asks us to walk in her shoes in its op-ed, it was a pointed reminder to men that they need to do more. Reform starts with some introspection and the emotional labour needed to analyse your past behaviour from the point of view of a woman. Rather than claiming cluelessness and opting out of dealing with women, examine your behaviour and understand it carries consequences for others. Some men- albeit very few for now- have begun to acknowledge and apologise on social media for past indiscretions, accepting that doing so does not absolve them from the consequences. It is now incumbent on the rest of us to listen to women who complain of sexual harassment/abuse and reserve judgement. And for those who might find themselves on the receiving end of such an allegation, I hope you have the good graces to accept your wrongdoing and face the consequences . . . like a man.

The writer is the owner of The Last Word books