Maryam Nawaz: a rebel for and against the system 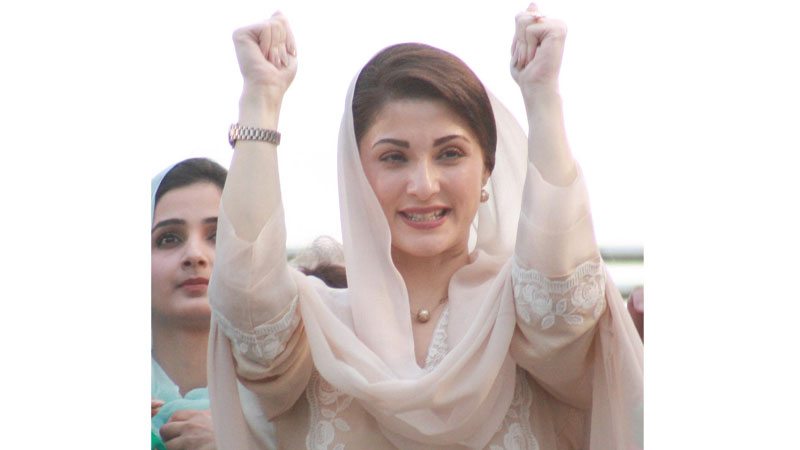 Enchanting like her father and awash with a strong sense of preservation just like her uncle, Shehbaz Sharif, Maryam Nawaz stands out from a crowd of politicians vying for power. A non-conformist in many aspects, her ingenuity shines through within her speeches.

The Voice of the Times; Maryam Nawaz, cues into motivate the ever loving masses and garnering support not only for the electorate in the upcoming elections but also to represent a softer, more assertive image of the PML-N.

Nothing dissuades her efforts at instilling pride within her supporters – not the Panama scandal, the corruption charges or her father’s ouster from the premiership.

She not only refuses to give up but realises quite intelligently that the opposition will require a historic association developed only with vast amounts of time, money and rigorous campaigning in order to bring a formidable fight to the ballots and polling. She is cleverly building a legacy not only carved for her but also which ferments her destiny in a way only she could.

Unafraid of a male opposition, Maryam Nawaz attacks contenders like Imran Khan who are a disingenuous at best in their approach to politics because of their fickle associations with moralistic principals demeaned by their invitation of individuals such as Amir Liaquat.

Recognising weaknesses of her opponents and manifesting their flaws in the political arena gives her grit and certifies a political acumen unseen in most female politicians. She does not allow herself to be categorised but exposes a multi-layer persona indistinguishable from her counterparts.

She believes in the potency of strong rhetoric and this shows itself in the approach she adopts towards the masses; undermining no vote bank and aligning clusters of people with divergent backgrounds to fight a system fully propelled against her.

Although, Maryam Nawaz can be proclaimed as the final beacon of hope for PML N, she does project an image of gravitas securing not only her own bid for the election but also those of her comrades.

She truly embodies the PML-N culture sustaining the slogan ‘stronger together’.

The writer is a lawyer and tweets at raiusama11