A look at the toy industry and its new trends 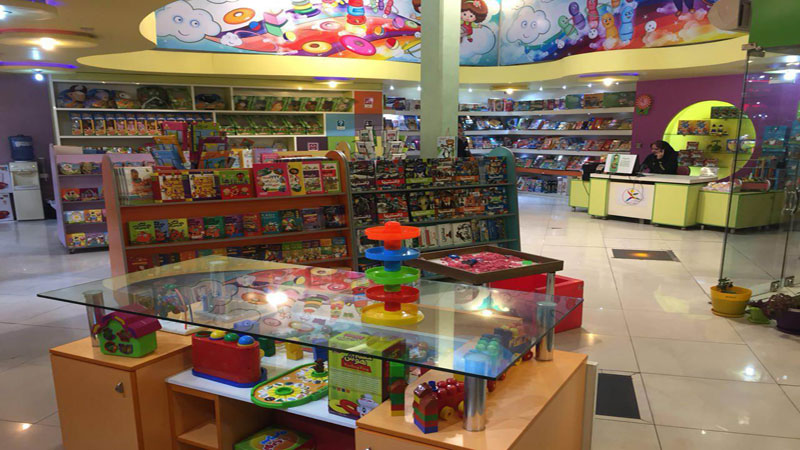 First it was ‘Tickle Me Elmo’, then came the exceptional ‘trick yo-yo’ and the list of children’s toy preferences goes on. Now think back to magical playful memories of your childhood. Do they involve toys?

Sometimes, keeping a child’s behaviour in check can be tough for parents but if you promise them a visit to a toy store, they will tend to behave because a trip to a toy store can be considered as a mini vacation for kids. The world’s most incredible toy stores don’t just offer shopping but an experience which is full of wonders and can even make grown-ups feel like kids again. Stores like Toys R Us are known for their enormous brick and mortar retail stores. In Times Square, New York, Toys R Us have the world’s largest store which is more than 110,000 square feet. Toys R Us was founded in 1948 by Charles Lazarus, with its headquarters located in the New York city.

China is known as the largest exporter, around 80% of the world’s toys originate from China.The toy industry in Pakistan is divided into two sectors, low end and high end markets. China produces both high quality and low quality toys as required by the company. Normally in Pakistan, toys are not manufactured within the country but are purchased from China. Famous toy brands such as Marvel, Barbie, Barney, Ben 10, Disney Toy Story and Hot Wheels utilise manufacturing plants in China. Cheap labour cost and rapid economic growth allowed China to transform into a destination of choice for global toy retailers.

Back in the 90s parents still used to buy toys for their kids of age 13 but now this trend is slowly fading away. Majority of the children over 10 years of age are hooked to video game consoles such as PlayStation and computer games

As the toy market is expanding, demand for high quality toys is significantly increasing in Pakistan. International toy retailers like The Entertainer are filling the gap by providing high quality toys. The Entertainer is a UK based toy retailer, which was founded in 1981 by a couple Catherine Grant and Gary. The giant retailer has over 140 stores in the UK itself and 6 international stores, among 4 existing stores in Pakistan (three of them are in Lahore and one is located in Islamabad).

As there are no proper toy retailers in Pakistan, this created an opportunity for SEFAM Group to bring ‘The Entertainer’ to Pakistan. The Entertainer is committed to providing people of Pakistan official merchandise of global toy brands andunique in-store experience. In the foreseeable future,The Entertainer plans to open more shops and expand across the country. The famous brands which are been offered in Pakistan by The Entertainer include: Marvel, Star Wars, Disney Princess, Lego, Jurassic World, WWE, Transformers, Sesame Street, Scooby-Doo, and many more.

The brain of a child is just like a sponge and most of the psychological developments take place during the early childhood. Do you remember your favourite toy growing up? It doesn’t really matter whether it was a racing car, a cute Barbie doll or a stuffed teddy bear. Eventually that was your favourite toy and you loved it more than anything else. No doubt toys are not just for playing, few toys like Building Blocks, puzzles and Legos help children develop their Maths and problem solving skills. Therefore, most of the people are unaware of the fact that how that favourite toy improved your social skills, emotional skills and how it persuaded your education. Generally, it is believed that toys can amplify children’s creativity and also help them express their emotions in a unique manner. These days most of the schools use toys in the classrooms because they add fun in the learning process. With the help of toys kids are eager to find ways to match differently shaped pieces of puzzle and by placing the right piece at the appropriate place, will enable the children to cultivate cognitive development.

Back in the 90s parents still used to buy toys for their kids of age 13 but now this trend is slowly fading away. Majority of the children over 10 years of age are hooked to video game consoles such as PlayStation and computer games. Excessive use of iPad and video games is proven to be bad for eye sight. Intelligent parents often buy their children toys so they can drag their kids away from the screen. Parents who let their children play video games all the time, those kids often lack social skills. When children play in groups they adopt various skills like how to get along with other children and how to handle conflicts among them. Parents must understand the importance of toys in a child’s life. All experts believe that children learn a lot by playing and toys allow them to discover the world they live in, either through role playing games like ‘Doctor Doctor’ or by playing with model trains. Therefore, toys teach children how to make choices as they trigger their imagination while crafting a universe they play in.