‘Home Fire’ — how misguidance can break a family apart 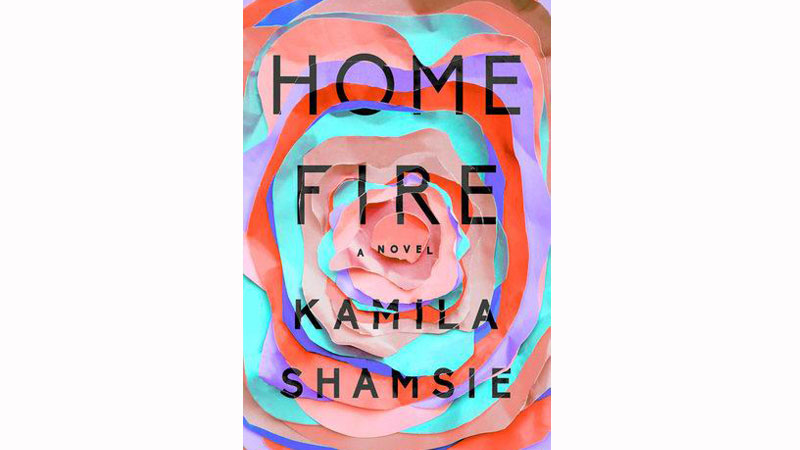 Only occasionally, it occurs that an author writes for the truth instead of fantasies. Kamila Shamsie forms a story that shakes you down to your soul. Besides the truthful reality, there is always a seemingly fairy-tale love story disturbed by the differences of class, culture or ethnicity. ‘Home Fire’ is a realistic novel; instead of giving a melodrama, Shamsie has presented a tragedy with a virtuoso tint of enthralling resolution.

The novel depicts the life of three siblings of Pasha Family, Isma and the twins; Aneeka and Parvaiz, who grew up in London but have a Pakistani descent. After the demise of their parents, Isma takes the role of the guardian for her 12-year old brother and sister. All three of them have to struggle through the fact that their father was a terrorist. The actions of their dead father haunt their identity and individual lives. That’s how they survive the racism and religious discrimination of the contemporary world.

Story begins with Isma, a 28-year old hijabi woman, heading towards Massachusetts to do her PhD in Sociology at Amherst. At the airport, she is inspected by the security team because of her parentage and religion. After hours of embarrassing interrogation, she is allowed to board the flight. One day while on a walk she comes across a familiar face. He is Eamonn, who is son to a powerful politician Karamat Lone. From her childhood she knows Karamat Lone, a former Muslim who used religion to build a staunch place for him has later cut all ties with Islam to be considered as an atheist to safeguard his position in England. Isma starts liking Eamonn, as she feels a strange connection with him.

Then the story continues lucidly back in London, with 19-year old twins Parvaiz and Aneeka. Parvaiz is illustrated as a young exploitable character, who is easily manipulated into transgression by Farooq, called his well wisher. Farooq radicalises him by telling false tales of war and bravery. Parvaiz, who was once passionate to start a music career, gives up his passion to substantiate the grimy heritage. Remaining unaware of the truth he follows the footsteps of his jihadi father, whom he actually never knew. Misguided, Parvaiz leaves England in quest for his dream, to prove himself a worthy man. Soon the dream turns into his worst nightmare when this brainwashed boy is trapped in Syria after joining ISIS, where he regrets his decisions.

There is an audacity with which Kamila never fails to enrapture her readers with the surprising plot-lines. The diction and expression style takes the reader to the depths where one feels the fiction is in fact reality

Now his twin, Aneeka is left alone in London to live with their neighbour aunt and continue her studies. She is the sensitive one who is most affected by the prevailing conditions as she tries to hold the family together and keeps herself connected with her sister and brother. According to Isma, Parviaz himself has selected this life, while pacifist Aneeka believes that he could be given a chance to reconcile the things and mend his mistakes.

While on the other side, Eamonn returns to London from America and there he meets Aneeka, enchanted by her beauty he eventually falls in love with her. Both get into a relationship and in this way, the fate of these two families gets dangerously intertwined. They keep their relation secret till Aneeka unveils the identity of her father and her brother. She hopes that Eamonn through the influence of his father could help her in the safe return of his brother to England.

But when Eamonn discloses the reality to his father, he completely gets dejected. Situation becomes miserable when everyone comes to know that Parvaiz is shot dead while trying to reach British Consulate. Although he was not intended to attack it but wanted help to get a new passport for his escape from Syria. Everything goes viral on the media and both the sisters are taken under interrogation. They are humiliated and mocked in news. Meanwhile, the British government does not also allow the burial of a terrorist in the British soil. So, dead body of their brother is sent to Pakistan instead of England. They face problems even getting consent to go to Pakistan for the funeral but finally get the permission and reach Pakistan. The story here seems like giving a dull end but wait until you open the last chapter. Eamonn also heads towards Pakistan with fidelity to be with his love Aneeka, to solace her in the time of grief. It’s here that you get shivers down your soul at the time where the lovers meet not for the world but for eternity.

Best part of the story lies in the denouement, where Kamila has put her skills to create an alluring climax that could cast a spell over any reader. It is here I quote the words of Peter Carey, an Australian novelist to express the sentiment that I experienced while reaching the end, he stated: “Left me awestruck, shaken, on the edge of my chair, filled with admiration for her courage and ambition”. It really takes a broader perspective and a clear patience to understand the climax written in the last chapter.

Anyhow, here the story meets an end representing the effects of terrorism on Islam, the struggles that the children have to go through because of the wrongdoings of their elders and how misguidance can lead to the destruction of family. It takes courage to risk everything even your life for something your heart longs for; may it be a dream or a destiny. There is an audacity with which Kamila never fails to enrapture her readers with the surprising plot-lines. The diction and expression style takes the reader to the depths where one feels the fiction is in fact reality. It’s Kamila fervor that takes fantasy into the realms of reality creating a flabbergasting fusion.