It’s been more than a year since ‘Arafat’ was caught up in a tragic catastrophe. He and his family are still suffering and have no male guardian or breadwinner to feed them

Sitting on a chair, fretting, somewhat down trodden, of the fact that my flight to London was not until a couple of hours. Regretting my flight choice, and contemplating all the tasks I have up ahead of me; carefully devising a plan in my mind to bring them to a conclusion, as I have always done on my travels for work related obligations. Little did I know that there is someone sitting right across me, with negligible amount of enthusiasm or likeness for his destination.

The young man-twenty eight years old, a couple of years older than me, eyeing me without any carry-on luggage or an accompanying partner, comes and sits next to me, and tries to make talk with me. We start off with exchanging pleasantries, and as the conversation reached its epitome, I was left aghast, distraught and traumatised. The young man, Walaa El Amry — a Palestinian living in the Rashdeia camp, South Lebanon, working with the UN as a Sports and Recreational Officer-is a refugee, born and raised in the camp, yet deprived of basic human rights.

Walaa, a young, vibrant human being, who comes off as an extremely intelligent, and a lovely soul, all of a sudden had watery eyes, re-living, reimagining the atrocious conduct of the Lebanese authorities towards the residents of the ‘Ain al-Hiweh camp.’ Ain al-Hiweh which translates into ‘sweet water spring’, is from being sweet for the residents incarcerated there. The residents are deprived of basic human rights, they are not allowed to legally work, and are treated worse of than cattle. The ‘prisoners’ in the camp are devoid of basic necessities, and violence and other coercive tactics are readily used by the Lebanese Authorities.

He is considered a burden on the Lebanese government and all he dreams is to have a place that he can call home, a home in which he can have mobility and is able to live a decent lifestyle, without being questioned and racially profiled on a daily basis

The residents are labelled as ‘Terrorists’ and ‘Islamists’ and, as a result of the Syrian Civil War, the situation has been further exacerbated, and the camp’s population has swelled from 70,000 to 120,000 in a matter of years.

With no authorisation to work legally, or the ability of the residents to fend for themselves and their loved ones, many have to resort to not so ‘morally justifiable’ vices to feed their close ones. Walaa, born and raised in the Rashdei camp, which is located in the south of Lebanon, has no home.

He is considered a burden on the Lebanese government and all he dreams is to own a place that he can call home, a home, in which he can have mobility and is able to live a decent lifestyle, without being questioned and racially profiled on a daily basis.

The camp being relatively small, houses a huge number of children. The children live with dread and trepidation, and have no comprehension of the outside world. They are not aware of what’s it like to have a normal childhood, and an exceedingly large number suffer from Post-Traumatic Stress Disorder. 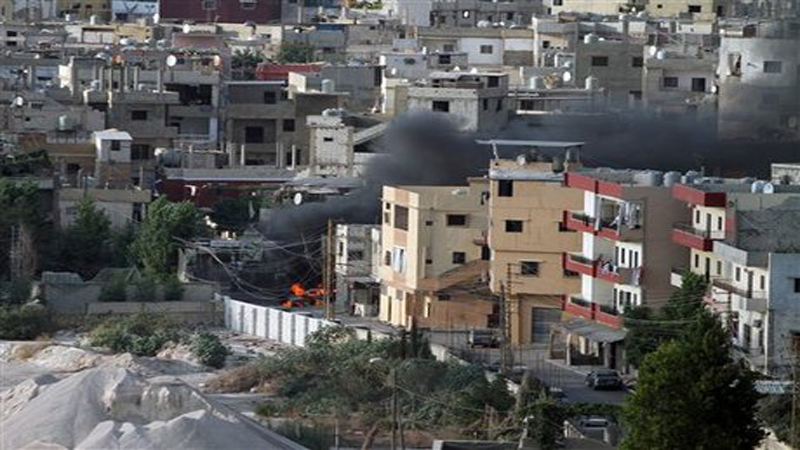 One such child is ‘Arafat Sohyoon.’ Arafat, who is twelve years old, lives in an extremely shabby abode; along with his six other siblings, and their mother. His father left and married another woman, leaving his mother destitute, without any recourse or help. She cleans to make ends meet and little did she know that her life was about to become even more horrific.

On February 26, 2017, Arafat, nearly lost his life. He was fatally shot in his head, whilst he was out to buy his favourite dish (Kunaffah). It was just another miserable day for ‘Arafat’ and his family, but this day were to make it a whole lot worse for them. ‘Arafat’ was on Al-Fawqani Street, when a violent altercation initiated in-between ‘Fatah’ and ‘Armed Groups’. Arafat was caught in cross firing, and a bullet penetrated his skull.

Since ‘Arafat’s’ mother is Lebanese, the Lebanese Red Crescent and ANERA Foundation have paid a part of his expensive continuous surgeries and rehabilitation costs. But since the overall costs are extremely expensive, his mother ‘Duha’ can’t afford it, and has to resort to working overtime as a domestic helper. Arafat, due to his appearance after the nearly fatal gun wound, is no longer welcome at his school and all he does is reminisces the ‘good old days’ where he could walk and play without any hindrances brought by physical complications that have developed after the extensive surgical procedures.

In the words of ‘Duha’, There are times, when I have not a loaf of bread at home, to feed my children, you won’t believe the humiliation and the suffering I have to face on an everyday basis. Things were rough even before ‘Arafat’ got injured. They have taken a terrible, terrible turn after the accident. Food was a problem before his injury, but now, there are days when we have nothing but air to eat.’

It’s been more than a year since ‘Arafat’ was caught up in a tragic catastrophe. He and his family are still suffering, have no male guardian or a breadwinner to feed the family. He has lost his innocence and is caught in an inhuman war that has nothing to do with him or his family.  The wall that segregates the camp still stands high and tall; laughing at the immured children of the Ain al-Hilweh Camp.