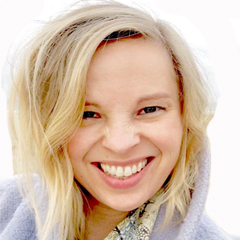 Actualising the right to speak

We have the beauty of democracy inside us

On the edge of the upcoming elections and the countless initiatives for human rights, evaluating the essence of democracy is unavoidable. It takes multiple generations to get a grasp of the essence of democracy. A decade of theoretical democracy with two civilian governments is solely the startup of redefining political and social conventions. Shifting leadership and power to the civilian plane is conducting a personal journey for all citizen, not a swift act of rewriting the rules of political conduct and pointing out the haute couture of eligible masculine leaders. Adopting a democratic system, by no means implies a nation miraculously integrates the mindset, behaviour and actions required to build, sustain and live accordingly to such a new paradigm.

Humanity is globally conditioned to not speak up, whole nations and political structures are designed to follow not to question in order to divide power. Speaking up and raising a voice is an unnatural phenomenon for the human mind in its current state. Speaking loudly in defence is one thing, creating a platform based on modern day interpretations where new information is received and integrated is a different case. With an arising resistance movement and youngsters stepping into power, standing for equality, the realisation must grow that in order to create different results, one must act different. Pakistani youth makes 60 percent of the population and are filled with a desire for national unity and global connection.

It requires raising a country like a child in kindergarten, one step at a time. Allowing transformation to happen while stepping up to serve, embracing the vulnerable state of a nation confused about the impact of democracy on a very personal daily level. Failure is a pragmatic catalyst for growth and collective belief systems to be evaluated. Education on self-leadership, authentic self-expression, mindset and empowered communication are crucial in raising a country and its citizens to actualise their right to speak on every plane and let the nations soul flourish.

Adopting a democratic system does not mean individuals will change their mindset, behavior and actions

A group of young change makers are risking social exclusion and misunderstanding in an attempt to bring in new ideologies, tools and methods into Pakistan. Consciously choosing to create new platforms of communication, bridging the old and new paradigms. Focusing their attention on community driven projects, leaving the hard-screaming defence of who they are behind. The fight dilutes its function and a burning desire for a different experience has sparked the flame of action-based creation. After learning to appreciate the complexity of life and its systems, Mashal Khan, a young woman born in Pakistan and living most of her life abroad chose to return to Pakistan in order to create transformations through the medium of transdisciplinary design.

A collaborative design-led research practice that touches the principles of democracy at its core with a system-oriented approach to social innovation accommodating diversity and adaptability using the beauty that lies within the voices of us all. According to Khan, our ontological vocation on this earth is to seek beauty and make beauty. ‘By having to bear violence and injustice, it’s our job to counter that by putting more beauty in the world.’

With her return to Pakistan, Khan desires to create transformation from the inside out by using collaborative art and design to inspire youth to think about culture and language. Utilising creative expression to unleash an individual’s critical consciousness, to be active practitioners of reflection and action. Khan currently holds a creative & communication position at Karvaan Crafts Foundation, an organisation that offers skills to women in rural areas of Pakistan by embracing an integrated holistic developmental approach that caters to both human dignity and individual integrity.

A startup project creating a new communication platform rooted in the foundation of purpose driven entrepreneurship is called rearts. Brought to life by the young CEO and conscious entrepreneur Najam Ul Assar, rearts is here to inspire traditional Pakistani art practices to adopt contemporary forms of expression through the use of technology. Moving away from the family’s desire to follow the military path Assar says we have to trust performing arts if we wish to change the world and fight extremism. Rearts is a new approach to tell the world arts is the way forward and generate a sense of purpose for those receiving to become a better person and work for a better world. This makes rearts on the forefront of new entrepreneurship where the focus is based in adding beauty to the world moving away from the old paradigm of masculine opposition.

The world has many self-imposed systems and structures making people believe personal voices aren’t valued and what is spoken will never create impact. The beauty of democracy lies in the fact that it allows masses to take stands for themselves and make the authorities do the job.

Political systems are followed by the organisation masses and therefore assumed to be true instead of questioned and adapted.

In the collective assumption, we are obliged to walk in line silently, lacking the adventurous spirit to explore the boundaries of the given framework. A power that isn’t personal, but co-creative and collective. The true and pure essence of leadership isn’t to resist the current state but transform existing structures by adding new value.

We have dominion over our own thinking and therefore run the beauty of democracy inside of us. No outward system can determine or define inner states, which ultimately reflect upon the outer experience. The way we perceive the world defines and determines how we behave and interact with it, transforming the collective mindset of Pakistan from the inside out. Rewriting the rules of political and social conduct without a longstanding holistic educational program allowing for authentic expression, failure and growth where the nation is all-inclusive educated to own their personal power and leadership is the endeavour on a fool’s journey. No system, may it be political, economic or social stands ground without its people.

The writer is a specialist in balanced leadership & communication, and an artist using writing, speaking and photography to highlight human equality and women’s empowerment. She can be reached at creative@tamararobeer.com