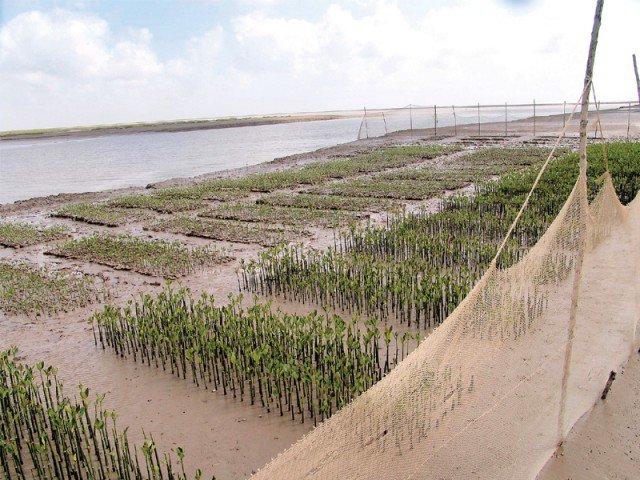 THATTA: The Sindh forest department has made a  world record by planting over one million mangroves plants at Juho area near Keti Bunder in district Thatta on Thursday.

According to the team of Guinness Book of World Records (GWR), a total 1,129,294 mangrove saplings were planted in one day.

It is also Pakistan’s third record for a maximum number of trees planted in 24 hours.

The earlier record set by Sindh Forest Department in 2013 was of planting 847,275 trees. As per the GWR rules, the record has to be set in 24-hour period by 300 planters only during the Daylight.

“Purpose of the attempt is to highlight and showcase the importance of Indus Delta Mangroves, its affiliated biodiversity and most importantly the communities dependent on the precious but threatened ecosystem,” said the chief minister.

Murad aslo told that the current attempt was financed by the Sindh government whereas Pakistan Navy provided logistic and materialistic support.