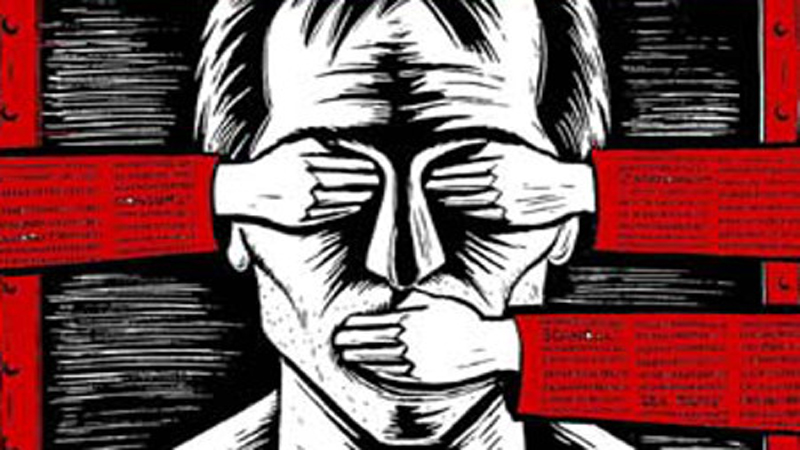 LAHORE: Prominent journalists, editors, columnists and media persons on Wednesday issued a joint-statement to express their concerns and condemn “the ongoing curbs on freedom of expression in Pakistan”.

The joint-statement said that “beginning with a crackdown against select media groups and banning the broadcast of various channels, there now is enhanced pressure on all media houses to refrain from covering certain rights based movements.”

It was added that media houses are constantly under pressure and are being asked to drop regular articles, columns and online content. Moreover, one media house even asked its anchor to stop live shows, the statement added.

Furthermore, the journalists and media persons highlighted that increasing self-censorship and discussions on given rather than real news is violating the citizen’s right to information.

“We strongly protest against all forms of censorship imposed on free media and freedom of information and stand united against it,” it was stated.