Musings on alienation, roots and civilisation

Let it be pointed out that Huntington’s thesis is not entirely misleading; and if one was to look at world events that have transpired ever since — Cultural conflict has indeed been a major source of war

Over the past few years, I have gone through a transformation that has fundamentally shaken me to the core. In my attempts to get to United States from Pakistan and pursue greener academic pastures, I have also traversed the path of going from ‘East’ to ‘West.’ It is partly because of the cultural adjustments that I have had to endure, and also in part because of the deafening isolation of life in the West — that has reignited the desire in me to reconnect with my roots.

What I have found in my efforts to quell my existential crisis has brought me closer to intricacies that our collective human intellectual heritage is comprised of: that despite the ideological and political constructs that obscure our view of world affairs, if one were to study closely — it doesn’t take much for someone with a trained eye to notice the similarities and historical intersections that  various human civilisations share in common, particularly those civilisations that are often cast by self-proclaimed experts to have fundamentally opposing ‘ethos’ and precepts that cannot conceivably be reconciled with each other.

It was in 1993, the memory of the ‘Second World’ and their communist empire was still fresh in the memory of the Western conscience, Al Pacino has just won an Academy award for his role in the classic ‘Scent of a Women’ for playing a blind man with pick up abilities of James Bond and the industrial- military complex in the US was still basking in the glory of their most recent adventure in the Middle-East following Saddam’s reckless invasion of Kuwait. 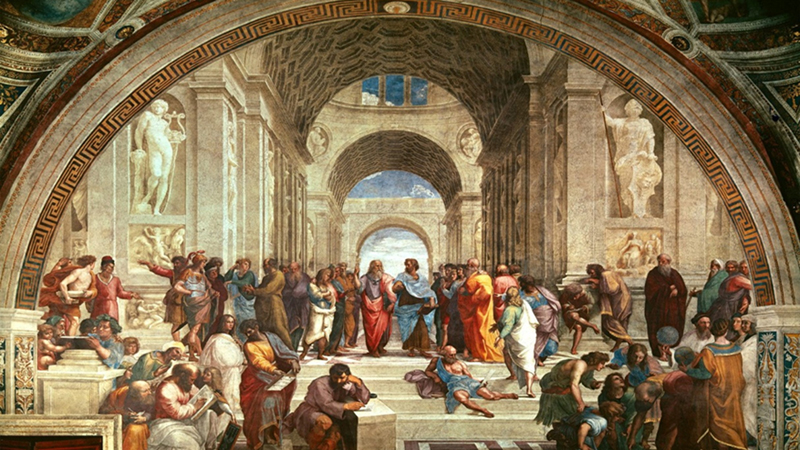 It was in such a geo-political environment that the famous American political scientist Samuel Huntington published his article in the Foreign Affairs magazine entitled The Clash of Civilisations? An article that he would later bloat into the form of a book published in 1996. The main premise of the book is that after the collapse of the Soviet Union, the world order has shifted into a new phase in which wars between countries would cease to be the main source of conflict. And conflict instead would be caused by the frictions that exist between different cultures. Although Huntington’s views were challenged in academia on certain fronts, they, however, made him an overnight celebrity in centers of power out on the look for newer projects of war around the world now that the once mighty Soviets had disintegrated and were a longer source of conflict.

Let it be pointed out that Huntington’s thesis is not entirely misleading; and if one was to look at world events that have transpired ever since — Cultural conflict has indeed been a major source of war; particularly the much talked about friction between radical Islamism and the West. The political history of the past few decades has been well documented and doesn’t require much further elucidation.

In my attempts to reconnect with my roots what I have found is evidence against this very divisive-ness and how world history shows the continuum that is human intellectual progress guided principally by intersections between civilisation. The clearest example of this is what we call ‘modernity’ — which despite having a European locus — was only historically and hence intellectually facilitated by European interaction with Near Eastern civilisations. Had it not been for center of learnings in Baghdad and their intellectual heirs in Cordoba and Toledo, at a time when Europe languished through its Dark Ages, there would hardly have been a Renaissance in Europe as we know of today.

In an age of such divisiveness, it is our job as the lucky ones who have read enough to heal and bring the world together, to act as thinking citizens of the world. The moment is calling, if we know better and yet choose to remain silent — how will history judge us?

And all the intellectual and human advantages that modernity and the scientific process it values have given to humanity might not have materialised the way we know them today. There is no more damning pictorial representation of this intertwined relationship between the ‘East’ and the ‘West’ than one represented by the famous Renaissance painter Raphael in his painting titled ‘School of Athens’ (1509-1511). In his painting Raphael paints tucked behind Plato and Aristotle an eavesdropping image of Ibn Rushd (known as Averroes in the West).

Ibn Rushd was an Arab scholar of Hellenistic tradition born in Muslim Spain and is known in history as the greatest Aristotelian scholar that had ever lived. Given the symbolic value, the proponents of modernity place on Aristotle as ‘the father of the scientific method’ — The symbolic value of this depiction by Rafael can’t be any more intense and succinct in its message; particularly to those ears that listen to the types of Huntington and claim that there are inherently irreconcilable differences between civilisations. Material and intellectual human histories merely don’t resonate with this divisive view of the world.

Recently US, UK and France launched targeted strikes in Syrian territories in what now seems to be another act of adventurism in an already war-torn Syria. In an age of such divisiveness, it is our job as the lucky ones who have read enough to heal and bring the world together as thinking citizens of the world. The moment is calling, if we know better and yet choose to remain silent — how will the history judge us?