More Pakistanis died in ‘encounters’ than in suicide attacks in 2017 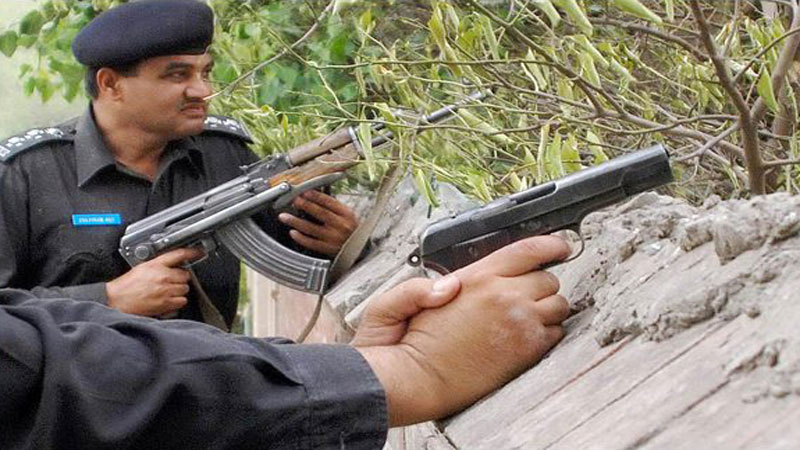 ISLAMABAD: More Pakistanis died in what were dubbed, by law enforcers, as encounter killings than in gun violence or suicide attacks in 2017, reveals the annual report of the Human Rights Commission of Pakistan, the premiere civil society led rights watchdog in the country.

The 29th annual report – dedicated to the memory of veteran human rights activist Asma Jahangir – was launched at a ceremony in Islamabad on Monday.

According to report, 495 people were killed in what were reported by law enforcement agencies as shootouts during 2017, while gun violence and suicide attacks claimed the lives of 399 and 298 Pakistanis, respectively.

These were followed by deaths in bomb explosions. The figure stood at 144.

Monday’s event was presided by HRCP spokesperson and eminent rights activist IA Rehman, while former Senator Afrasiab Khattak was the guest of honour.

The HRCP reported that, of the 868 cases of ‘enforced disappearances’ received in 2017 by the Commission of Inquiry on Enforced Disappearances, 555 were disposed of. The real numbers were likely far higher, it feared.

The report noted that crimes again women remained at an all-time high with about 5,660 cases of violence reported in the first 10 months of 2017. Honour-based crimes claimed the lives of 274 women, another 206 were gang-raped, 2,840 raped, and 681 murdered across the country.

Province-wise data showed that more than 3,400 crimes against women were reported in Punjab. With 202, the number of such crimes was lowest in KP (between January 1 and June 30, 2017). Sindh witnessed 1,704 crimes in the first 10 months of the year, while Balochistan reported 354 cases during the same period.

The report also noted with concern that 12 million women voters were yet to be registered as the country approached the 2018 general elections.

The report observed that the freedom of thought, conscience and religion remained under threat and situation of religious minorities alarming as there was no abatement in violence against religious minorities, with Christians, Ahmadis, Hazaras, Hindus and Sikhs all coming under attack.

In the education section, the report regretted that ‘the country still has the most [in absolute terms] number of children out of school anywhere in the world, with 5.6 million out of primary schools and around 5.5 million out of secondary schools’.

While quoting a World Health Organisation (WHO) report, it said that Pakistan was ranked fifth among high-burden countries worldwide and accounted for 61 percent of the TB burden in the WHO Eastern Mediterranean region.

The report has sourced its data from surveys, fact-finding reports, official documents as well as clippings from English and Urdu newspapers, in addition to input from HRCP field officers and private citizens across the country.

While sharing highlights of the report, IA Reman said the role of non-state actors had increased and the writ of the state shrunk further in 2017. He said that the rule of law suffered, while freedom of expression also remained under threat.

Former senator Afrasiab Khattak said, “We have seen a decline in political freedoms as it is the first time that there were curbs on media under a civilian government, which are generally seen in military eras.”

“We have seen pressures on freedom of expression. University campuses have not been able to hold seminars and conferences on civil liberties,” he said, adding, “we have seen attacks on 18th amendment by authoritarian forces. The amendment was passed unanimously by political forces.”

He also expressed his worries about the lack of efforts by the judiciary and other state institutions on the issue of enforced disappearances.

Khattak demanded that free and fair elections should be ensured in the country because it was the fundamental right of the people to choose a government of their own. “Nobody has the right to impose a king’s party on the people of Pakistan,” he said.

Journalist and writer Marvi Sirmad, giving her views on the report, said, “The report covers the state of human rights in the country and a set of recommendations is also included in each section for government, parliament, civil society and media.”