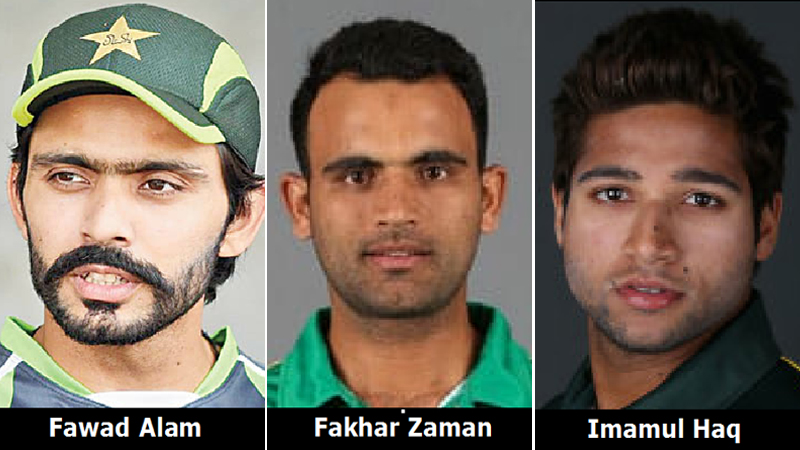 LAHORE: The Pakistan Cricket Board (PCB) on Sunday once again broke all records of nepotism when its selection committee, headed by former Test captain Inzamamul Haq, once again ignored senior batsman Fawad Alam but included Imamul Haq (Inzamam’s nephew) in a 15-member squad named for the upcoming tour of United Kingdom. The selectors have included five uncapped players in the team who will play Tests against Ireland and England starting next month, with an eye on the World Cup next year. The five include openers Fakhar Zaman and Imam. Batsmen Usman Salahuddin and Saad Ali, and all-rounder Faheem Ashraf are the other three uncapped members of the squad. Saad’s inclusion is notable for the reason he’s the only player in the squad selected purely on the basis of his Quaid-e-Azam Trophy form, Pakistan’s beleaguered premier first-class competition. In the previous season, he was the best batsman in the competition by a distance, scoring 957 runs at an average of 68.35. No one else scored more than 735 runs or averaged greater than 50 in a season noted for its low scores and bowler-friendly pitches. Fakhar’s Test inclusion may look out of place, given his reputation as a dasher, but he had initially come to prominence for his first-class performance in the 2016-17 season, when he scored 663 runs at 51, including a best of 170 in the final.

Ireland will play their first-ever Test against Pakistan from May 11-15 in Dublin. Pakistan will then play two Tests against England – at Lord’s (May 24-28) and Headingley (June 1-5). Pakistan will also play two Twenty20 Internationals against Scotland on June 12 and 13, both at Edinburgh’s Grange Cricket Club Ground. Led by Sarfraz Ahmad, the squad includes Azhar Ali, Sami Aslam, Fakhar, Imam and newcomer Saad in the top order while Harris Sohail, Asad Shafiq, Babar Azam and Usman are included as middle-order batsmen. With Pakistan Super League’s (PSL) top performer Wahab Riaz being excluded, Pakistan will use the talent of Mohammad Amir, Mohammad Abbas, Rahat Ali, Hasan Ali and Faheem in the pace department. Pakistan suffered a major setback last week when ace leg-spinner Yasir Shah was ruled out of the tour with a hip bone fracture. Yasir has been replaced with teenager Shadab Khan, who has only played one Test. “Yasir’s absence is a big loss for us,” chief selector Inzamam told media. “If we look at his numbers for the last two years, he has more wickets than any other bowler for Pakistan. He was our strike bowler. He played a big part in all the games we won.” 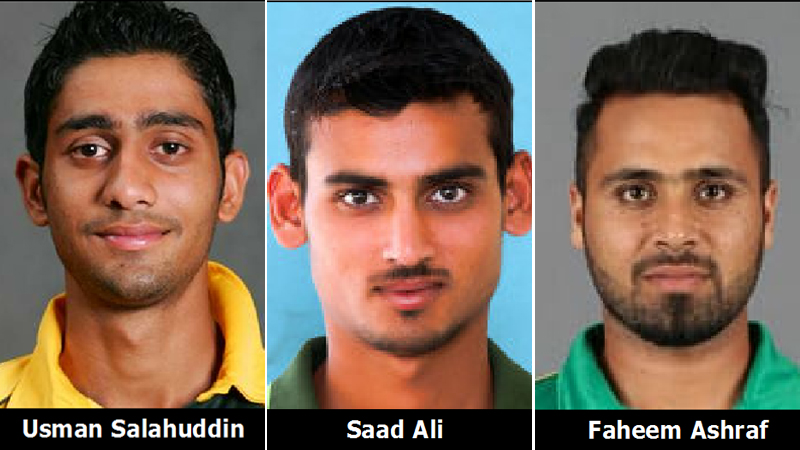 The exclusion of 32-year-old Fawad – who has a first-class batting average of over 55 – from the Test squad left critics and sports journalists in Pakistan searching for answers. Pakistan, a cricket-mad nation, had always been able to produce talented players, but the problem lay in a failure to properly nurture their ability. Pakistan cricket will not improve as long as there are people in the cricket board who have come through nepotism and without any merit. Such people are ruining Pakistan cricket. Fawad, among the 25 players called up for the training camp recently held in Lahore, scored an impressive 19 in the Yo-Yo Endurance Test, ahead of skipper Sarfraz and much younger players Hasan, Babar and Fakhar. However, he was ignored while a number of younger batsmen made the cut. Fawad has played three Tests for Pakistan and also scored a brilliant knock of 168 runs on his second Test innings against Sri Lanka in 2009.

“The World Cup next year is in England. So we’ve decided to call up several young players to give them exposure to those conditions,” Inzamam added. “This is a great opportunity for us, particularly our batsmen, to gain experience in this conditions.” He said the selectors had tried strengthen the side’s batting, which was weakened after the retirement last year of Misbahul Haq and Younus Khan. Left-hander Fawad’s performance had dipped this season compared to the previous three when he averaged 55, 56 and 72 without catching the eye of the national selectors. Even so, he was the sixth-highest scorer in the competition, with 570 runs at just under 41. Asked about Fawad’s exclusion, diplomatic and clever Inzamam said that 16 players had to be selected out of 25 called for the training camp. “It does not mean that others were not up to the mark,” he said, adding that those who participated in the camp would also be considered for future tours. Inzamam also thanked the PCB for allowing the selectors to announce the 16-man squad instead of the customary 15 to allow for a strong bench. The 16-man squad will convene again on Wednesday to begin preparations for the tour.