Imagine, just for a second, how different life could be for children if Pakistan had some fictional superheroes to look up to? And NO, ‘Commander Safeguard’ doesn’t count. We are talking about superhuman heroes with actual super powers that not only guard their cities, but also inspire their fans to become a better person. Somewhere deep down, we all know that we have grown up along with universal heroes that own gadgets, have super strength, also flying ability and let’s not forget the fact they all are masked and wear fancy superhero costumes and capes. Pakistan did manage to come up with ‘Burkha Avenger’, but nothing can beat DC’s Justice League and Marvel’s avengers or mutants.

What Pakistan industry needs to work on is a good action thriller based on a superhero or creatures with powers. India came up with ‘RaOne’, ‘Krrish’, ‘Mr India’, ‘Mr X’, ‘Flying Jatt’ and Pakistani film industry needs to step up its game because who doesn’t love superheroes? Before people go ahead with their patriotic sentiments and jump to conclusions such as ‘Jinnah was a hero’ or ‘Our noble jawans are our superheroes’, let us try to agree on this being a light hearted ‘desire’ of every comic readers to see some Pakistani action. As far as Jinnah or army soldiers are concerned, they are truly our heroes and we honour their contributions every day with respect.

Now before this turns into a boring pitch, back to fangirling over the superheroes. ‘Blah’ magazine took the responsibility to amaze the comics readers/superhero fans with their outstanding graphic skills and well, creativity, as they put together a blend of Pakistani celebrities in superheroes costumes. These superheroes are extraordinary ones and we all have a part of us attached to them. Since they are Pakistani celebrities and comic characters, brace yourself to develop a bond with them.

Let’s begin with the ‘Bat of Gotham’. Tall, muscular, handsome, rich, has a death glare and a very dominating persona. Yes yes, we are referring to ‘Batman’. Any guesses who could pull off this character? Shaan it is! Imagine him saying, “Tell me, do you bleed?” 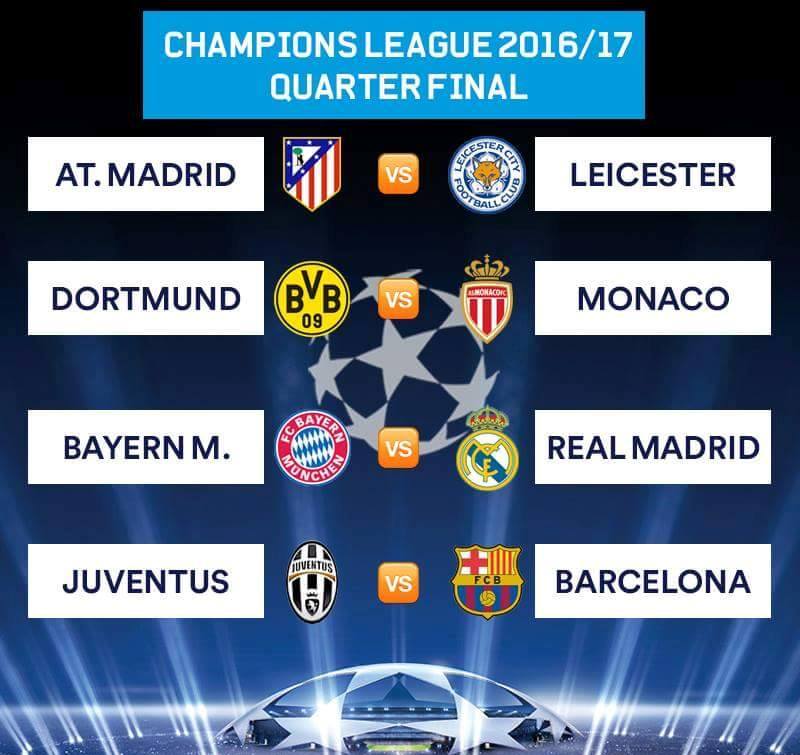 Considering Ali Zafar’s massive female fan following and his good looks and did I mention his ‘Casanova’ characters. He is a perfect fit for ‘Night Wing’. 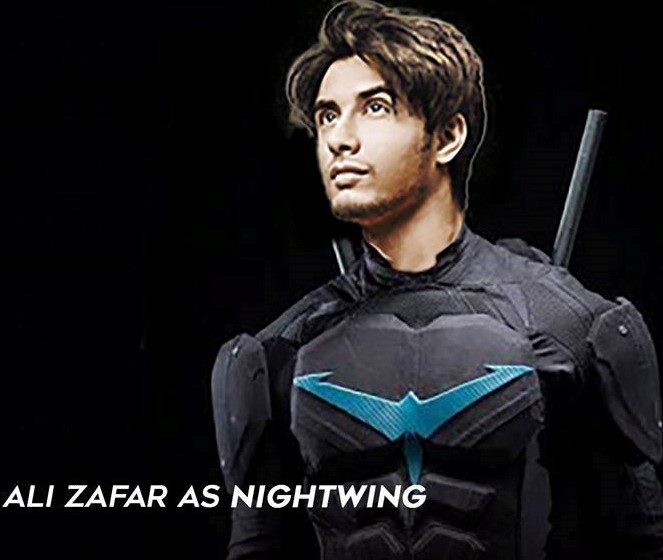 Rich, check! Sophisticated, yes check! Self-centered, yes, perhaps if we count his character in ‘Yeh Jewani phir nae ani’, then we have a perfect embodiment of ‘Tony Stark’ as in ‘Iron Man’ in the form of one and only Humayun Saeed. 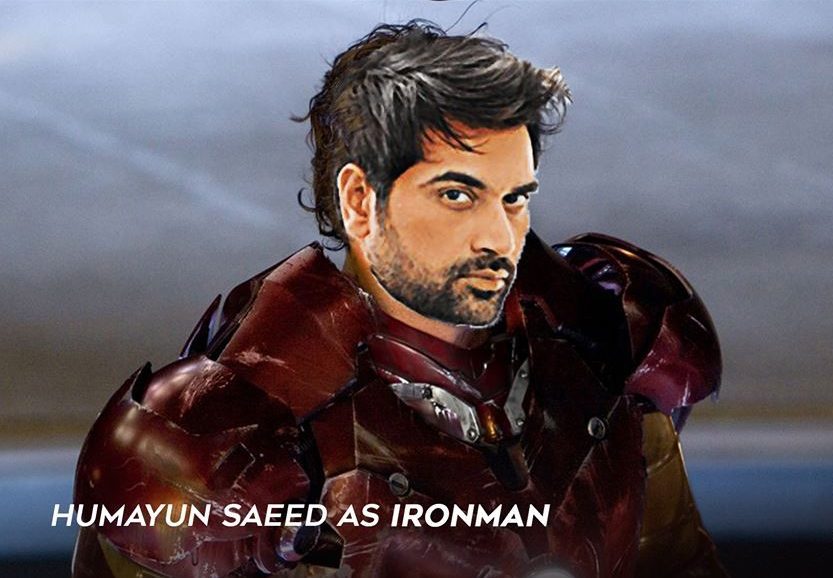 Responsible, following the rules, ‘Marvel’s one man army’ none other than ‘Captain America’ himself. Did I mention his extremely good looks and loyalty? Who can take on that role … Imran Abbasi, it seems. Well, that explains how he managed to save Bipasha Basu’s life in ‘Creature 3D’. He is secretly equipped with super strength. 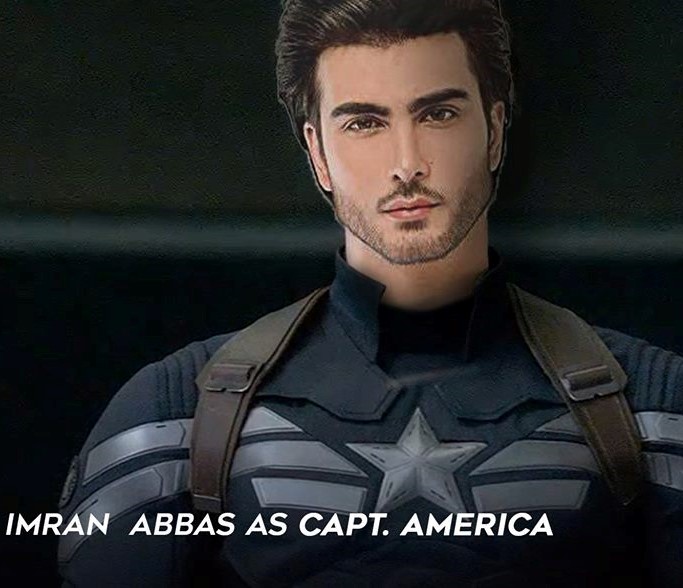 But of the vicious mutant, who recently smashed the box office records, ‘Logan’, the beast! Let’s see who can pull off the smoldering look, with buffy muscles and metals claws? One word, ‘Bachaana’ does that ring a bell? The hero was too busy making sure Sanam Saeed reached her destination safely just like Wolverine did. Mohib Mirza it is! 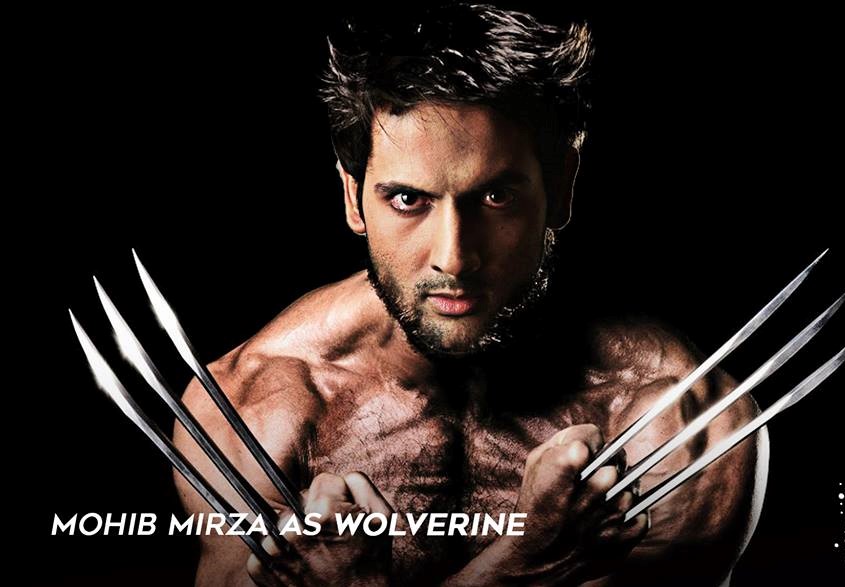 Keeping in mind that she has some serious vocal force , which can bring you down to tears, just like Black Widow’s kicks and punches can. Ladies and gentleman, Quratulaen Baloch! 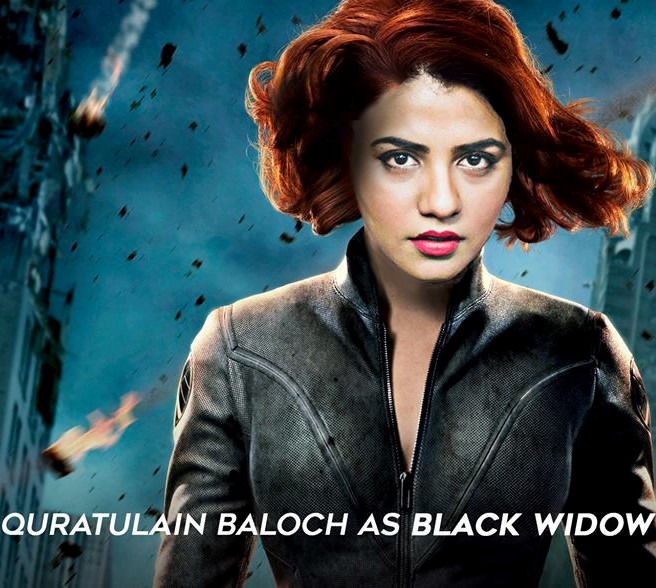 Sense of humour, wit and simplicity; and can we include the financially destitute state of this superhero, who rose to fame after an accident and then, bam! There’s no turning back. Sounds familiar, right? Okay one last hint, his original super strength was brewing some comforting tea. Although we aren’t sure if Peter Parker was good with tea, but once he became ‘Spiderman’, there was no ‘swinging’ back. ‘Arshad Khan’ has a similar story. 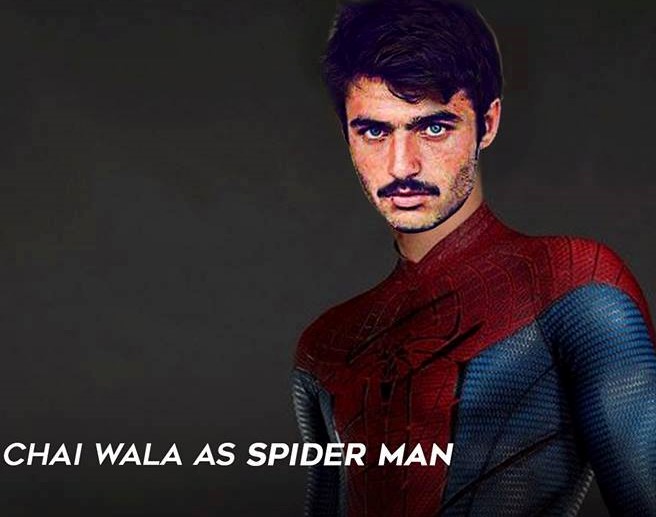 Years of training, savage reflexes and top that with superhuman abilities;from the Island of Themyscira, to the streets of Pakistan, there is only one pick for Wonder Woman that comes to mind, Mahnoor Balooch. 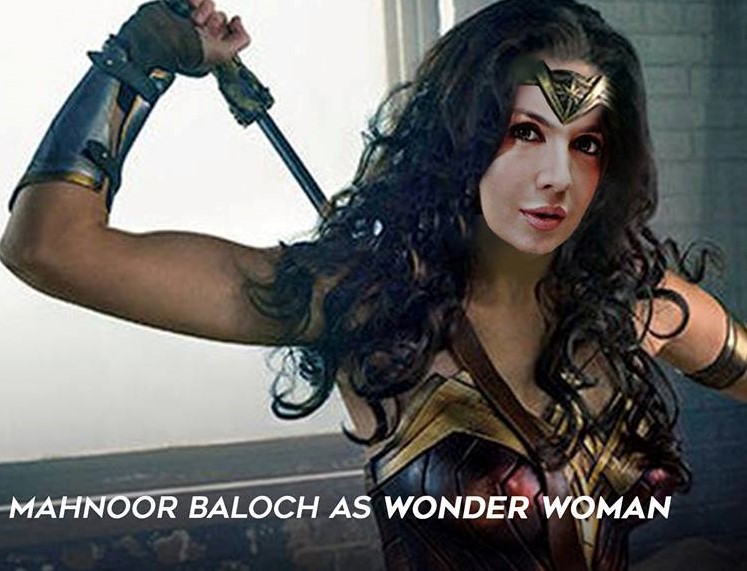 With similar day jobs, being a journalist (now that he actually has a show rather than just talking on social media), and political interests, who can you think of for Superman? The Kryptonian superhero who defies the laws of humanity has only onecounterpart here in Pakistan. Yes, you guessed it right! Hamza Ali Abbasi! 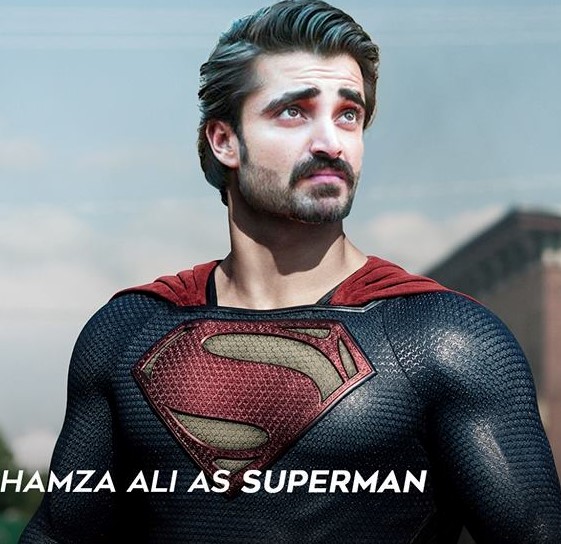