The actress gave an apt response to body-shamers 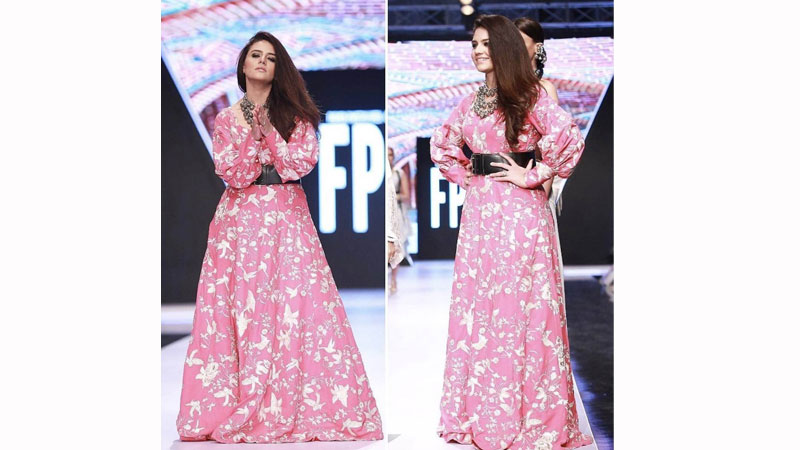 Just two nights ago, Zara Noor Abbas walked the ramp at the FPWSS 2018 for designer FnkAsia and her walk appeared to be quite the eye-jumper for all: unique in its rhythm, bold in tone, and nothing short of chic and sassy. Then again, is there anything more empowering than watching a woman strut her style on the runway?

A while later, the actress took to Instagram after she skimmed through a video of a few Pakistani models allegedly making fun of her for her walk. She captioned it with a long statement that read how here “women don’t build women, they bash at each other like this”. She added how sad it was “for all the people trying to empower women” and clarified that she “is an actor, not a model”.

Here is her full statement: “Hey Dear Stunning Models!! You girls look amazing in this video and thank you for making me learn a few things about the world. Now i cant complain why women in the world have to fight so much for gender equality. That is because women don’t build women. They bash at each other like this. It’s so sad. So so sad for all the people who are trying to empower women. They don’t know that it is the women who dont let each other grow. I am an Actor, not a model. I cant even imagine to be a model. It is so effortlessly amazing and tiring at the same time. But as an entertainer, it is my job to entertain my audiences. And thats what I did with my walk which was based on the theme of a warrior princess thus the belt and the boots were incorporated in my outfit. That is why designers choose actors as showstoppers for their walks. To add more drama. Some liked it, some didn’t. My designer was happy and so was I. But anyway, all the best for tonight. Run the world, Girls!!”

Zara mentioned her stint on the runway and correlated her fierce and confident walk with the theme of the dress she wore, that of a ‘warrior princess’.

However, bring this in stark contrast to a model making fun of Zara’s hand gesture at the end of the walk in the video and her various hair flips, and it answers the very basic question: How many girls do we know of who DON’T try to compete with other girls in negative ways and insinuate the worst in them?

Most of the body shaming similar to the kind that spiraled in the mimicry video of Zara’s walk, come from other women as well. And then one asks, why would hurting anyone like that make someone feel better when it all seems so absurd?

This is exactly the mind-boggling theory Zara has tried to address. Once we start coming together with other women and supporting each other, it is genuinely much easier to gain a sense of inner confidence that will propel us through life and make us feel like we’ve achieved a true sense of accomplishment.