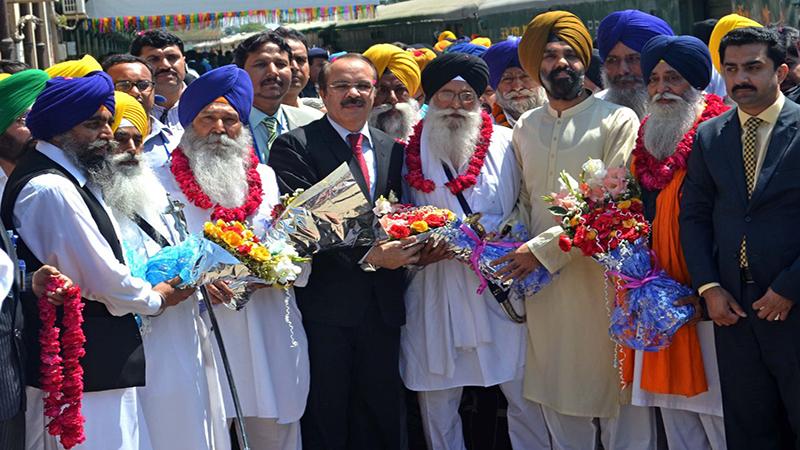 LAHORE: The Evacuee Trust Property Board (ETPB) Secretary Muhammad Tariq on Thursday welcomed Sikh pilgrims upon their arrival in Lahore for Baisakhi celebrations.

Tariq present flower bouquets to Sikh leader Sardar Gurmeet Singh and various other prominent pilgrims, who are on a three-day visit to Pakistan to commemorate birth of Khalsa, commonly known as Baisakhi.

The pilgrims reached Punjab’s provincial capital via Lahore’s Wahga Railway Station. From there, the 2,000 visitors will be taken to Hasan Abdal’s Panja Sahib Gurdwara under stern security.

The Pakistan Sikh Gurdwara Parbandhak Committee said that over 20,000 Sikh pilgrims from all around the world would visit Pakistan for Baisakhi celebrations. It was added that all visitors will be provided free of cost residence and food.