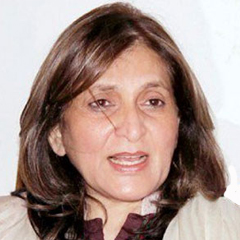 PTI and the East India Company

Politics move fast for those seeking power, so they seldom take time to reflect

Margaret Thatcher said, ‘If they attack one personally, it means they have not a single political argument left’. While I had hoped my candid criticism on policy matters would offer a moment for introspection, it seems the PTI leadership has instead chosen to question my motivations. Although, the opinions expressed have been shared by many in PTI cadres, including one who speaks on the Chairman’s behalf today.  Their written rejoinder was titled, ‘The Last Hope’.  For the record, the Last Hope is the All Mighty Allah.  Always.

Of course, politics moves fast for those seeking power, so they seldom take time to reflect.  But for those who were marginalized post 2013, the memories of what we achieved through the power of ideas, remain deeply ingrained in our hearts.

On October 31st 2011, we demonstrated that hope was alive and well in Pakistan, and that ‘Insafians’ were its home.  As a commentator told me recently, this was the last time our opponents truly feared the ‘Junoon’ of those our leadership would later deem ‘Un-electable’.

An ‘Un-electable’ PTI that had conveyed an idea so powerful, so passionately, that by 2012, the largest network of politically aware and socially conscientious Pakistanis, at home and abroad, had united under one banner; single-mindedly focused on ridding Pakistan of corruption, casting out forces of the status quo and replacing them with a new creed of leaders, who would have the moral authority to deliver ‘Naya Pakistan.’

These naive ‘Un-electables’, of whom I am proud to be a part, stood tall when pundits discarded us as a ‘Tonga Party’.  We put PTI on the map during the Lawyers Movement.  And, with the exception of a few constituencies in Punjab, proudly claim credit for achieving the largest popular vote and seat totals in PTI’s history.

While we were building PTI, many in the current leadership were profiting from the politics that Imran had said repeatedly, should be relegated to the dustbins of history.

While we were building PTI, many in the current leadership were profiting from the politics that Imran had said repeatedly, should be relegated to the dustbins of history.

Yet on December 25th 2011, the first batch of them parachuted into our ‘Jalsa-gah’ in Karachi. With the ease and precision of East India Company emissaries bearing gifts in one hand and a British flag in the other, they quickly found favor in Emperor Jahangir’s Court.  And so it went, that on the word of the Emperor, PTI’s ‘Un-electable’ leaders relinquished their seats next to him so that these new entrants could take their first steps towards owning the work of those, who would now be seated behind them.

In the five years since these billionaires usurped control of the party and sabotaged every effort to democratize it, the only thing ending up in these proverbial dustbins, was the party constitution, and workers.

The results of this ‘politics of pragmatism’ haven’t been inspiring either. Taking the recent past into account, it’s difficult to imagine that these constituency based ‘mercenaries’ the leadership is courting, will be encouraged by the results of the bye-election in Lodhran, the sale of PTI MPAs’ and abject surrender to the PPP in the recent Senate Elections. Alas, the audacity of the leadership, to expect its workers to remain loyal to a party that isn’t loyal to itself.

Today, a dark comedy unfolds. Much like in 2013, the Parliamentary Board comprises those seeking tickets for themselves – a clear conflict of interest.  As if this isn’t enough, a key Board member is disbarred from holding public office.  Have any among our ‘luminaries’ read a recent Supreme Court verdict that required PML-N candidates to contest elections as independents?  Or is PTI now above the law?

If this reckless approach continues, candidates may not be accepted by the party faithful, for whom campaigning on behalf of those they have railed against, is a bitter pill to swallow.

I don’t say that newcomers be barred from entry, only that they have clean records and through action, have lived our principles. What cannot and must not be allowed is for the party to ‘dry-clean’ those with dubious pasts. After all, PTI’s struggle is not about securing power for its own sake, is it?

Yet, even at this critical juncture, a drastic course correction may save the day.

The party must acknowledge its workers now. First, all Reserved Seats should be awarded to women (myself excluded) and minority members that have demonstrated their loyalty to party ideology. These seats shouldn’t be allocated to relatives or business associates of Senior Leaders, under any circumstances. Second, general seats where the party can win on it’s own strength, should be given to dedicated workers only.  Third, the Women and Youth Wings’ of the party should be re-established immediately.  Fourth, the PTI should put forward a clearly spelt out criteria of merit for the above, and for the issuance of all tickets, along with the rationale for these selections. Finally, a Chief Election Commissioner, with impeccable credentials, must be appointed immediately, so that preparations can begin for fresh intra-party polls, as soon as the General Elections conclude.

These Five Points are critical to averting the existential crisis that I warned against. PTI cannot morph into a King’s Party and be left to those who served many masters, only to bury them later, without remorse.

Workers asked me to meet Imran and discuss these matters. I declined, since that would discredit the workers’ case, and enable these leaders to claim I asked for a ticket. Note, I have not asked Imran for any party ticket since 2013, though I’m still not sure why my asking for one is a crime. Moreover, the allegations made against me are nothing but a ruse, designed to goad me into leaving PTI.

I have news for these leaders. I haven’t left PTI, they have!  This party’s workers have given me so much love and respect, I feel compelled to remind those flying high in the skies, that I will fight for the ideals that the leadership has abandoned, even if it means standing alone against the ‘Praetorian Guard’ of Rome.