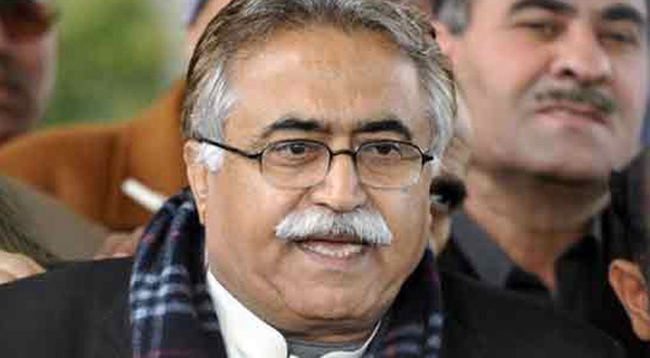 KARACHI: Pakistan Peoples Party (PPP) leader Maula Buksh Chandio on Wednesday said that “every five years, some people emerge and claim that they would outscore PPP, but disappear after the elections are over”.

“Every five years, political alliances are made to challenge PPP, but these alliances are seasonal and PPP always emerges victorious,” Chandio said while speaking to the media.

The PPP leader said that the party hoped the caretaker government would not take any step against the democratic values.

Taking jibes at Pakistan Muslim League-Nawaz (PML-N) lifetime president Nawaz Sharif, the PPP leader said that “Nawaz says no one knows who the Senate Chairman is, but who knows Nawaz? he came to power with the establishment’s ID.”

Continuing his jabs at Nawaz, the PPP leader said that the party respects Nawaz’s daughter Maryam and wife Kulsoom Nawaz, but the same can not be expected from the former PM since he leveled false accusations against Benazir Bhutto.

He also criticised Prime Minister Shahid Khaqan Abbasi saying that the premier should ‘respect his designation’ and not utter indecent remarks against the Senate chairman.