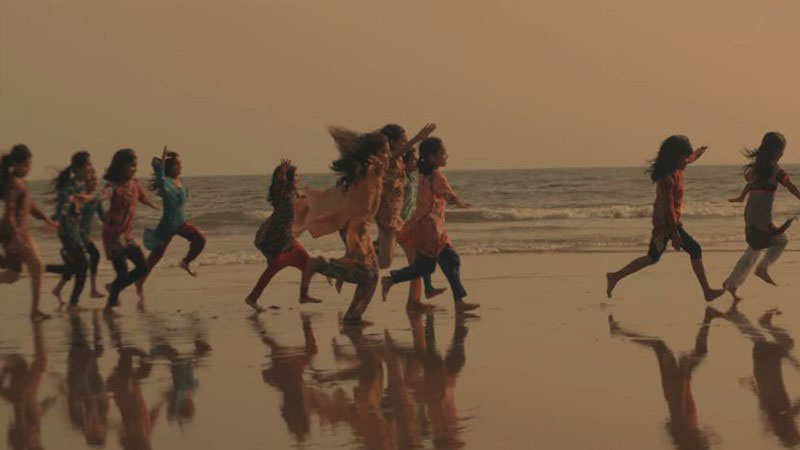 Shortly after the release of Sajni, Strings have released their second song along with a music video from their upcoming album 30. Both the audio and music video were released on April 6, 2018. Unlike Sajni which was previously performed on Pepsi Smash, Urr Jaaon is a brand new track never heard before. The music video for Urr Jaoon has been directed by Jami.

The music video of Urr Jaaon shows a large house with a huge dinner table with child servants running here and there setting up the dinner table. Shortly afterwards a group of people in well dressed expensive clothes arrive which also includes Strings band member Faisal Kapadia among them. As all of them sitting at the fancy table conversing with each other, the child servants go back to their place and just look at them with their purity. Suddenly Faisal Kapadia accidently drops a spoon on the ground and a little girl rushes towards where he is sitting in order to pick it up. As the girl picks it up and gives it to him, he starts to feel a little guilty as he looks at his reflection in the spoon. He then gets up and goes to the girl and brings her back and makes her sit at his place at the dinner table much to everyone’s surprise. Suddenly, all of the adults at the dinner table get up and make the children in the house sit at their places on the dinner table. The music video also shows little girls running here and there in a pleasant scenic and serene view playing and having fun.

The music video might give the impression that it is against child labour and although it may seem like the case, there’s a lot more to it. Because after all it is directed by one of the finest directors in the country and there is a lot of subtlety about it. It is also about empathy; understanding the feelings of another. Not only that, it is also trying to portray that no work is big or small and no one is different from the other and our similarities break whatever barriers we have between us. All of that has been presented through the innocence of children working as servants in the music video and perhaps after seeing the music video, many people would look at what’s around them from a different perspective and realize how the world actually is.

The audio connects really well with the music video as Urr Jaaon is an anthem of hope and getting through the struggle one is facing in their life. It’s about looking at things from a perspective other than ours and seeing the best in everyone around us as we often focus on the flaws of the other person, but not what’s positive about them. Even if one takes Urr Jaoon in the literal or more obvious meaning rather than the metaphorical one, it implies don’t give up, things will get better, so just keep on trying till you reach your goal.

There can be many interpretations of the audio and music video, depending on who is watching it. The mastermind behind the concept of the music video is Jami whose relationship with Strings goes back a long way as he has also directed the music video for other Strings numbers such as Chaye Chaye, Dhaani and Mei Tou Deekhonga. The lyrics for Urr Jaaon have been written by Bilal Maqsood who is also on vocals. The entire Strings family can be seen in the music video hymning to the sound with their instruments including Faisal Kapadia, Ahad Nayani, Bradley D’Souza, Adeel Ali, Haider Ali and, of course, Bilal Maqsood.

With songs like Sajni and Urr Jaaon, Strings have made us more excited about what the other remaining six songs from 30 will be like and we can’t wait.