Contrary to the common misconception, the Soviet invasion in Afghanistan posed a serious threat to the interests of global powers, more than it posed to Pakistan’s existential survival. Pakistan was only used as a buffer state

The geo-strategic location of Pakistan plays a very significant role in influencing and shaping the dynamics of the region. It is due to this strategic backdrop that the neighbouring countries find themselves compelled to rely on Pakistan for their strategic interests.

Unfortunately, Pakistan’s foreign policy has always lacked a coherent framework and vision to recognise this predesigned and strategically cordial setup. Instead of turning its strategic location into an asset, Pakistan has turned its location into a curse that the foreign countries, especially the super powers, have exploited since the country’s inception.

Since the creation of Pakistan, global powers have exploited the country, and the stakeholders of the state have always readily allowed them to exploit the country. In the long term, these follies of the state have resulted in national suffering. Not only the social fabric of the country has been badly affected, the economy has also suffered from serious damages.

Pakistan’s geo-strategic importance can be best understood in the regional and global perspective. In geographical terms, it is surrounded by four countries. In one way or the other, the presence of Pakistan is vital for all neighbouring countries and this raises its international importance. Afghanistan, which is now the focus of world’s attention, is generally regarded as the breeding ground of the global terrorism and opium production. International community, including the US, recognises the fact that no peace is possible in Afghanistan without an active support and cooperation of Pakistan. 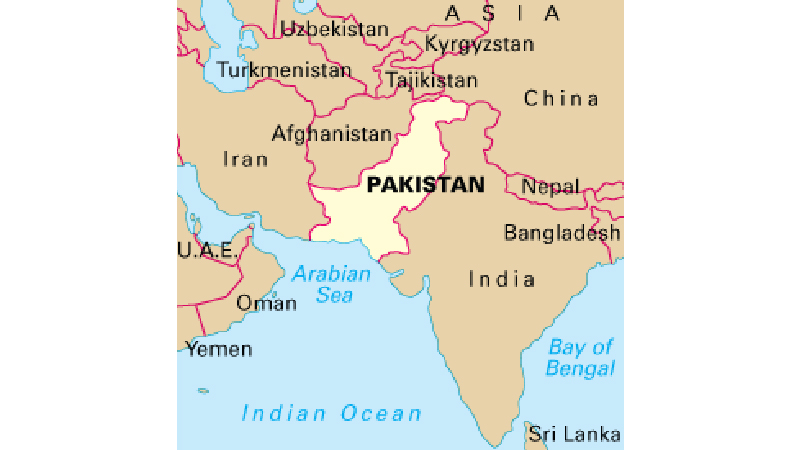 The basic purpose of Soviet invasion in Afghanistan was to approach the hot waters of Arabian Sea. Contrary to common misconception, the invasion posed a serious threat to the interests of global powers, more than it posed to Pakistan’s existential survival. Pakistan was only used as a buffer state.

The unending involvement in Afghanistan as US’ ally has plunged Pakistan into a crisis that keeps haunting the nation till date.

American and some other brother countries’ involvement and interference also created very challenging situation for homeland. Relationships with United States (US) were more of transactional nature and Pakistan miscalculated its strategic relations with the US. The US interests in the past and even today in South Asia regions were totally contradict with the national interests of Pakistan. Pakistan must review its relationship with the US in view of own national interest.

Building of India as regional power by US, isolation of Iran and containment of China are the major US interests in South Asia region. US can never our natural strategic ally, though, issues might of common nature, but the interests are totally different.

We need to revise our relationship with the US and should create space now. Pakistan should strengthen its relationship with China and Iran without compromising its position. Lack of policy and lack of confidence had put Pakistan on the back burner.

Mutual distrust, lack of convergence of interest and lack of mutual economic interest are major contributing factors of poor history the US-Pakistan relationship. Unfortunately, our foreign policy objectives were not pursued robustly. Lack of cohesion and lack of consistent policies are major reasons of poor and ineffective diplomacy. During last couple of years, we have lost our space in the US diplomacy. Pakistan should have achieved robust diplomacy. US approach and criticism towards CPEC and BRI is very much a lame excuse.

Pakistan should not be compromising its own national interest and continue to strengthen its relation with China and Afghanistan. The more influence of India in Afghanistan is more danger for us. Pakistan should not be hostage of the US interest as a number of peace talks were sabotage and destroyed by the US itself, which shows the US resolve to peace in the region. We need to sit together and well-coordinated response should be given to the US.

We are living in an era of unpredictability, where sequence of events has changed frequently. South Asia as a region remains at the forefront of the United States’ regional interests and concerns. Trump’s administration has brought a mix of change and continuity in the country’s foreign and security policies, including those in south Asia. Pakistan should continue to review its position with the changing scenario.

Political and economic stability can play a vital role in bringing Pakistan back to a strong position and to overcome major regional issues. These problems are directly or indirectly affecting Pakistan. Good relationship with its neighbouring countries is also very important. Currently Pakistan is busy on both eastern and western borders. That’s why we need to build good working relationship, at least, with our western border countries. Otherwise CPEC and some other mega projects will not benefit us. In this way we can positively use our geo-strategic location.

The writer is currently working with SDPI as an advocacy assistant