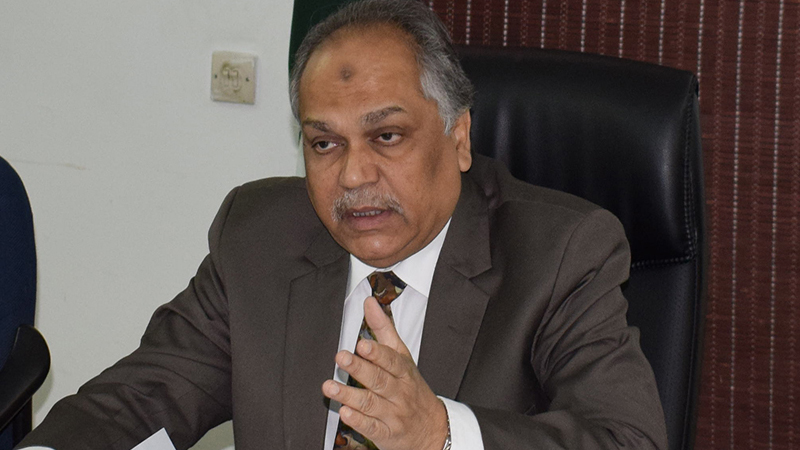 ISLAMABAD: The Ministry of Planning, Development and Reforms has asked the Ministry of Finance to increase the ceiling for developmental portfolio in the upcoming budget from Rs750 billion to Rs1,300 billion.

This was stated by Federal Secretary Planning, Development and Reform Shoaib Ahmad Siddiqui during a pre-budget interactive session with a group of journalists on Friday. The federal government is going to announce the budget for the fiscal year 2018-19 on April 27, almost a month ahead of the routine time because the tenure of government is set to expire on May 31. The passage of the finance bill ahead of the usual time has been agreed by the government and the opposition.

Without mentioning specific demands for PSDP allocations in upcoming budget received from respective ministries, the planning secretary told the gathering that the finance ministry had set a ceiling of Rs.750 billion on development projects, but ministries concerned considered the amount as insufficient.

“I have verbally asked the secretary to increase the ceiling for PSDP allocations whereas the Minister for Planning, Development and Reforms [Ahsan Iqbal] is also going to write a letter to the Prime Minister’s Advisor on Finance Dr. Miftah Ismail in this regard.”

Siddiqui further said that the priority in the allocation for PSDP 2018-19 would be given to completion of ongoing projects, especially in the education sector and those concerning the western route of China Pakistan Economic Corridor (CPEC), which passes through the Baluchistan.

Responding to a question regarding the possible change in the mode of funding for CPEC-related projects, the planning secretary clarified that there was no chance of any change as the Chinese officials had assured Pakistan regarding their commitments and written agreements.

Siddiqui said Karachi Circular Railway project would be funded by China under CPEC and negotiations were underway in that regard.