The departure of colonial powers was merely a change of masters. After seven decades of so-called freedom, the natives of this land are still being ruled in the same exploitative manner

All of us are acquainted by the historical fact that it was the East India Company that began the process of colonisation of the subcontinent. After relentless struggle and various anti-regime movements for decades, our founding fathers managed to carve out a separate state for us.

The departure of colonial powers was nothing but a deception and merely a change of masters. After seven decades of so-called freedom, the natives of this land are still being ruled in the same exploitative manner.

One of the biggest tragedies that befell Pakistan right after its inception was that those who were supposed to guard the country on the borders, ruled the nation and seized the executive and policymaking. For most of the time, Pakistan has. 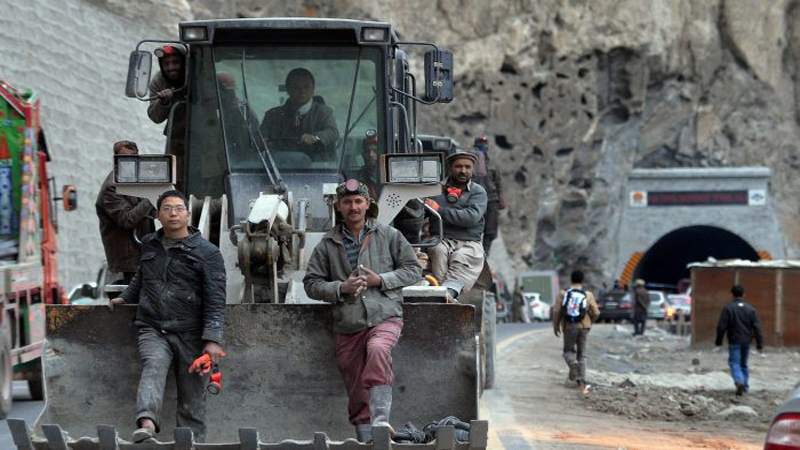 The ruling elite, which constitute ten percent of the total population, had dragged the country towards economic debacle and lawlessness. The tragedy with its voters is that they did not consider their options and only exercised their right of vote on the basis of rosy promises.

If you read the history, you will find out that when the colonial powers invaded the territories of the subcontinent on the pretext of East India Company and economic development. Similarly, in today’s context, it is the CPEC project that seems to be entering Pakistan with the same intention and objective. Same promises are being made to innocent and poor natives of the land.

No doubt that CPEC can play a crucial role in the development of Pakistan, but the crucial part of the project remains dependent on the interests of our elite. CPEC can only be beneficent if the ruling elite give up on its selfishness and raise above personal interests.

There is no transparency at all. It seems as if Pakistanis are only the spectators of CPEC, and not equal stakeholders. Is this not enough to suggest that we are being enslaved?

The tragedy with the locals is that all the machinery, workers and other equipment and expertise were provided by China. The locals had no role in it and alarming thing is the Chinese were buying Pakistani lands on very low rate.

There is no transparency at all and the crucial part is still in the hands of Chinese leadership. It seems as if Pakistanis are only the spectators of this project, and not equal stakeholders. Is it not enough to suggest that we are being enslaved?

The Pakistani businessmen are constantly being kept in darkness.

For an economic progress, we have to implement the Middle Eastern model, but it will require coherent legislation and framework.

In a layman words, the Middle Eastern model requires 51 percent involvement of the local partners in every business initiated by the foreign stakeholders. The same formula is needed in Pakistan.

Finally, if our governments do not ensure the local investment in all CPEC projects, no one can stop Pakistan from becoming a new Palestine.