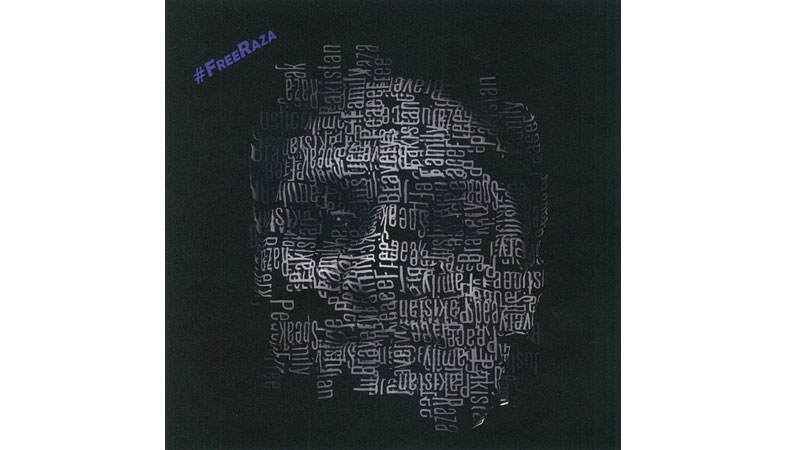 MUMBAI: In order to raise voice against the disappearance of peace activist Raza Khan and to share the impact of his work, an Indian educator initiated a children’s protest movement, ‘International School Children Art Protest’ inviting educators, children, student leaders and young people to show their solidarity with Raza Khan.

In response to this invitation, student leaders and young people from different countries around the world sent artwork, essays, poems and short stories demanding Raza be brought back because he is a peace builder who devoted his life to building a secure future for the new generation. The submissions were received from students of Pakistan, India, Japan, China, South Korea and Canada.

Raza has been missing from his apartment in Lahore since December 2, 2017. He is convener of Aaghaz-e-Dosti- an Indo-Pak peace building initiative, and co-founder of ‘Hum Sab Aik Hain’, an organisation that works at the intersection of interfaith harmony, gender and cross-border peace building. Every year Aaghaz-e-Dosti releases a yearly calendar that celebrates and promotes friendship between school going children of India and Pakistan. Through a letter exchange programme facilitated between India and Pakistan, he endeavoured to create love, compassion and empathy in the hearts of these children and tried to counter hate with the narrative of peace and friendship. Through these efforts, he won the hearts of children and school teachers on both sides of the border. 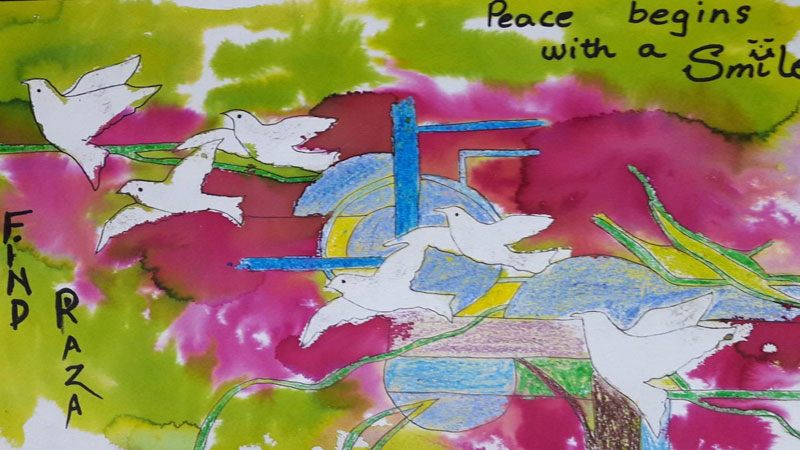 While this was an art protest by invitation, many young people came forward in great numbers to volunteer their time and efforts to demand Raza’s recovery through different forms of creative expression. Each and every piece is an assertion of friendship and cross-border peace. They claim that Raza’s voice has been silenced, but these young activists cannot be silenced. They will speak through their art, through their words and poems till Raza is released. Many children are fighting for Raza’s release through pen and colours. 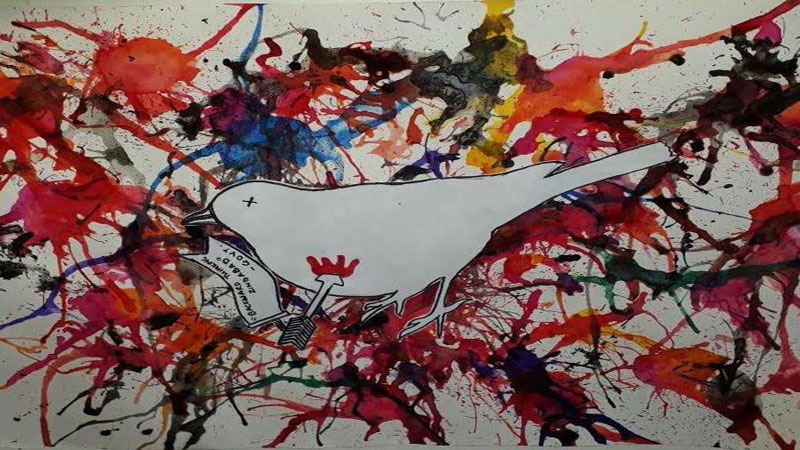 A Chinese- Canadian student in a jointly-made painting drew the maps of the two countries with the peace symbol in between showing that peace is the way forward but above it, is a symbol of Raza’s disappearance emphasising the importance of peace builders like Raza Khan for a peaceful future of the two countries.

In another painting, a Pakistani student shows Raza as a peace bird in a cage with words ‘No freedom, No Peace.’ 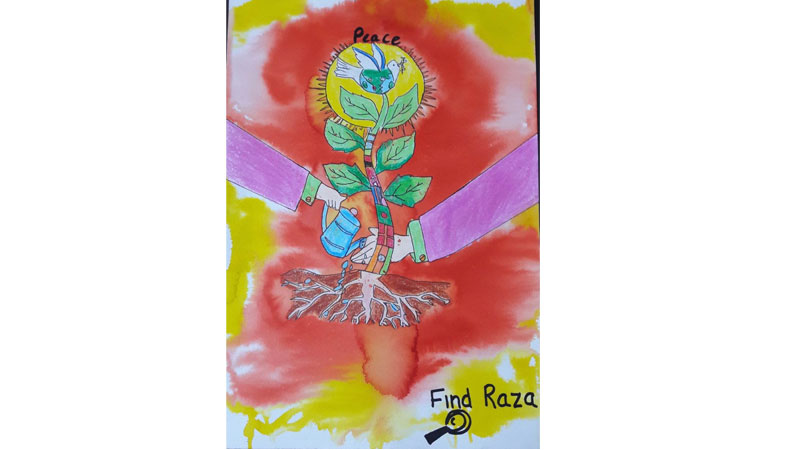 A Japanese student drew the map of Pakistan and within it, is only shown Raza. The artwork reads ‘We are watching’ which seems to suggest that the world is watching Pakistan and will remember it for the disappearance of a peace builder.

Another Japanese student divides the world in two portions, the dark and light- representing the negative and positive respectively. In the black portion, is placed ‘aggression, hatred, distrust, cruelty, fear and pain’. It is depicted that darkness is overshadowing the light but this darkness is countered by ‘diversity, peace activists, friendship, Raza khan and global peace’. It shows that there is a rise in extremism and conflict at a global level and that the forces of good, of hope, represented by peace builders like Raza Khan are much important. 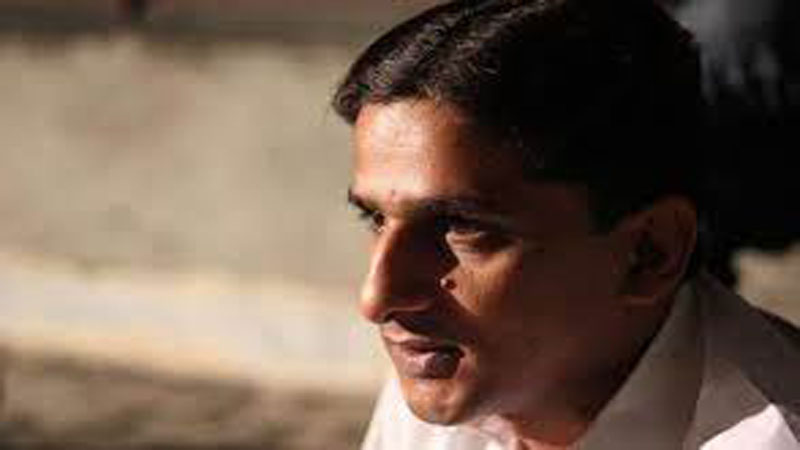 The Indian student titled the painting as ‘When peace was illegal’ and depicts a dove, a messenger of peace to have been shot down by the government with the message ‘backward thinking zindabad’. Peace building is seen as the way forward, for a peaceful, violence-free and progressive world.