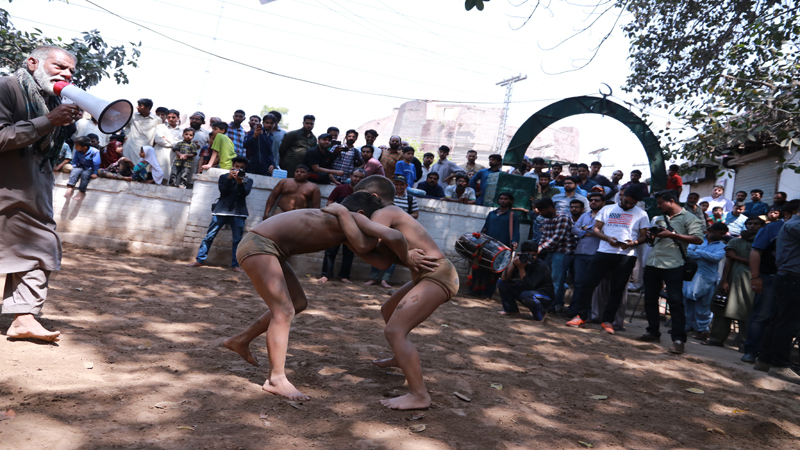 The matches have also been made part of a new guided tour route of Taxali Gate.

Talking to Daily Times, WCLA Director General Kamran Lashari said that it was a dying culture and the younger generation was not aware of it and Gamma Pehalwan.

He said that the initiative had brought back the lost zeal of the wrestlers of had left these games and were doing other businesses. He said this would be made a regular feature of WCLA Tourism.

Muhammad Javed, a senior tourist guide of the WCLA who is also a resident of Walled City of Lahore, said that currently there were only four functional akharas in out of which two belonged to famous Shahiya Pehalwan and other two were located in Lohari Gate. 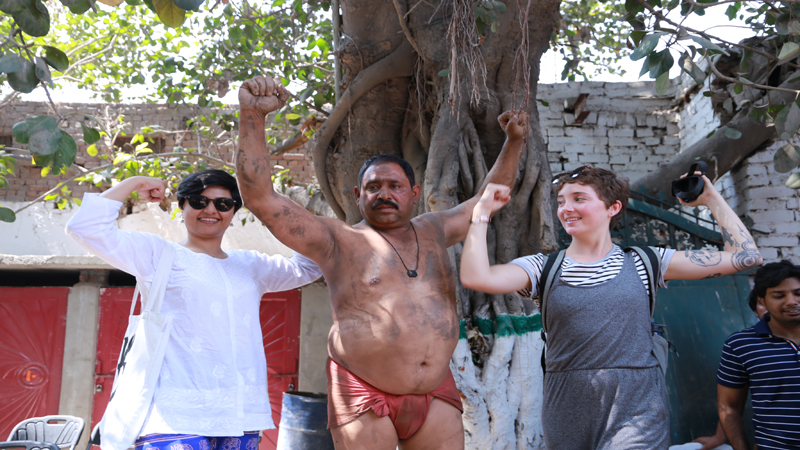 HE said that there were almost 12 arenas inside the city and most popular were located inside Bhatti, Shah Almi and Sheranwala gates. He said that an arena near Tibbi Police Station had been closed as wrestlers were not getting sufficient economic benefit. He said that the revival of wrestling arena and tribute to Gamma Pehalwan had brought a new wave of energy among wrestlers of Walled City of Lahore. “Kulsoom Nawaz, wife of former prime minister Nawaz Sharif, is granddaughter of Gamma Pehalwan,” Javed said.

Ami Pehalwan of Delhi Gate, who has abandoned the profession and switched to some other business, said: “We need some support and encouragement from the government because many wrestlers have changed their source of income and left wrestling. I am selling seasonal drinks in Mohammadi Mohallah because wrestling is no more an earning source.” Ami Pehalwan is the grandson of famous wrestler Natha Pehalwan, who was once the title holder of Rustam-e-Hind.

“The recently established gym culture and food supplements have replaced the ages old culture of wrestling,” he said, adding that wrestling profession should also be revived on a par with other games like cricket, hockey and football, etc.

Tourism Assistant Director Farhan Malik said that they were not expecting a good response from the public. He said that wrestlers had started approaching WCLA for support. Director Marketing and Tourism Asif Zaheer said that the WCLA would a dangal (wrestling competition) this year. “We are trying our best to promote intangible culture through tourism to engage the youth and revive the dying culture of Walled City of Lahore.

Almost 200 people, including foreigners, witnessed the matches today,” he said. “The matches were organized by the grandson of Shahiya Pehalwan and he was very cooperative with us when we expressed our wish to revive this culture,” Asif added.