LBF concludes after two weeks of artistic and cultural activities

Officials say extremism can be countered by promoting culture 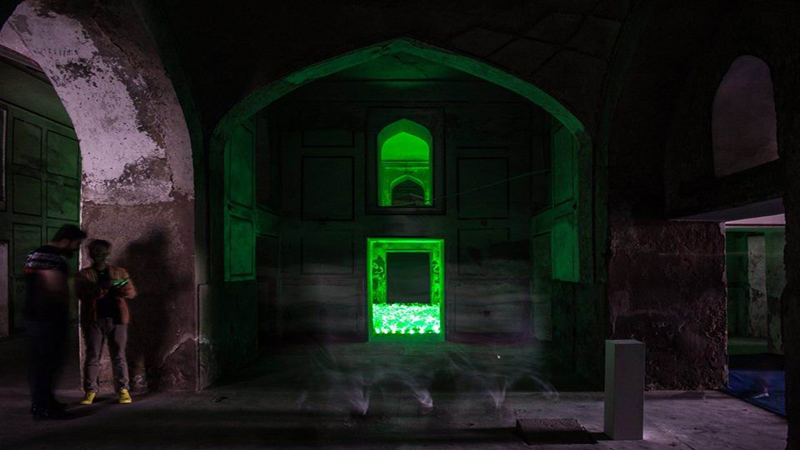 The 14th-day colourful event Lahore Biennale Festival (LBF) was concluded on Saturday. Public and guests appreciated the arrangements and said that such cultural activities should be promoted. The festival drew quite a good number of intellectuals, scholars, artists, youth and curators but from across the world. More than 50 local and international artists have exhibited their artwork at the historical sites of Lahore.

More than 3500 students from different educational institutions have participated in the LBO1. The program was generously supported by Beaconhouse School System (BSS), Lahore Grammar School (LGS) and was executed with the help of Global Shapers Lahore, artists, trainers and volunteers.

A number of different events were held in last 14 days under the Biennale. The festival with a Sufi night on the opening day, titled ‘Zamzama – the Music of Islam’. It was a concert-cum-recital featuring Ali Sethi and traditional qawwals from Karachi which was sponsored by SimSim. It aimed at supporting and promoting the cultural heritage of Pakistan through Sufi music.

The colourful concluding ceremony was held at Lawrence Garden on Saturday. The event was attended by government officials, artists, officials of LBF, art lovers and people from different walks of life. Tributes were paid to late activist Lala Rukh and her artwork that was exhibited in the LB01. The speakers said that Lala Rukh left a rich legacy.

Speaking on the occasion, Parks and Horticulture Authority Director General Mian Shakeel congratulated the whole Biennale team for organising the event for the public and said that it received a remarkable success. He also thanked Punjab Additional Chief Secretary Omer Rasool for reviving cultural activities in the city in a short span of time after his appointment.

The first performance was staged by solo classical artist Haider Rehman who dedicated it to his aunt and activist Lala Rukh. He performed ‘Rupak Tal’ which is a popular taal in Hindustani music.

On the occasion, a short video was screened about the activities that took place during the 14-day festival. It also featured views of the general public, visitors and artists about the artwork and event.

Punjab Additional Chief Secretary Umer Rasool said that last 14 days of his life in the city were absolutely wonderful and thanked Syed Babar Ali and Chief Minister Shehbaz Sharif for supporting the Biennale. He said that a term that best describes Lahore was the ‘inedibility of parting and irreducibility of meeting’. While commenting on Lahore’s history and culture, he also made a mention of freedom fighter Bhagat Singh and appreciated his services.

Second performance was made by Qasim Ibrahim Ahmed who shed light on the importance of venue, Lahore garden and its musicality. He performed classical music with sitar instrument on Thumri, Bhairavi and Pilo Raag. Last performance of the evening was by renowned singer-songwriter Zeb Bangash who enthralled the audience. She captured the enthralled attention of the spectators thorough her fabulous performances on different songs. She also dedicated her songs to activist Lala Rukh.

Walled City Lahore Authority Director Kamran Lashari said that the Biennale has presented the cultural site of Pakistan in front of the world. He said that this was the first time he saw private and public sector working together for a common cause. He added that the menace of extremism can be countered through art and culture. He hoped that to continue the support for promoting the tourism, art and culture in future.