A decade after ‘Food, Inc.,’ Maryland lawmakers still answer to the poultry industry 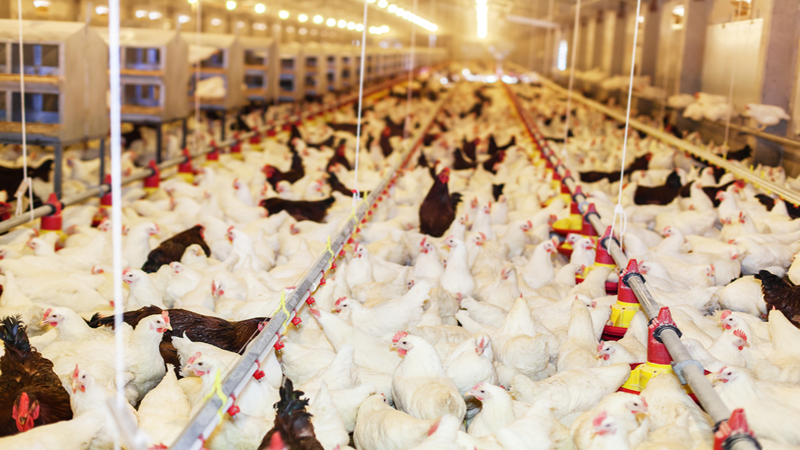 Ten years ago when I opened my barn doors to the film crew of the Oscar-nominated documentary “Food, Inc.,” I was under contract to grow chickens for Perdue Farms, the international chicken company based in Salisbury, Md. I knew I was putting my farm in jeopardy, but I felt it was important to shed light on an industry that continually takes from our community without giving back anything of real value.

My chicken house wasn’t a farm; it was more like a factory, operating with the goal of mass production. The chickens had little room or strength to move. Their existence consisted of sitting in their own waste and eating to get plump for purchase.

This story is not unique, but what makes me unique is that I chose to speak out. After publicly highlighting my working conditions and the conditions that my chickens were forced to live under, I saw my contract with Perdue terminated. The company claimed it was because of my failure to make certain minor facility upgrades.

Among the bigger problems I faced as a grower in this environment were the fumes and particles that built up from these chicken houses, which caused my eyes and nose to burn, gave me headaches and made me cough. These symptoms were experienced not just by myself as a farmer but also by neighbors.

There is something in the air on the Eastern Shore of Maryland that is making our children sick. One in 4 children in Wicomico County has been diagnosed with asthma. It’s not an unusual sight to see children carrying inhalers to relieve their struggles to breathe. Somerset County has a lifetime asthma rate of 21.2 percent; the state rate is 12.9 percent.

Many residents are pointing to industrial chicken production as the cause because of the massive amounts of ammonia and other emissions from these factories. The industry denies any culpability, and our elected officials have put their heads in the sand.

Community members have banded together and worked to pass local resolutions. We’ve attended town halls, met with legislators and organized. But because of the influence of the poultry industry in the region, our concerns have been ignored.

“Food, Inc.” served its purpose of highlighting the conditions we endure. What has failed to change is the way our elected officials in Maryland continue to answer to the poultry industry, not their constituents.

The General Assembly had a chance to fix that. The Community Healthy Air Act would have created an air-quality monitoring protocol for the collection of data that would inform a public-health study associated with certain large animal-feeding operations. This bill would have given us answers to whether factory farms are associated with our air-quality problems, so we could make informed decisions. Unfortunately, the bill didn’t see movement after its initial hearings. Avoiding confrontation with the all-powerful chicken industry and its cohorts such as the Maryland Farm Bureau and the Delmarva Poultry Industry Inc. is the preferred avenue for legislators.

Citizens from Maryland’s Eastern Shore had to travel across the bay to find elected officials, including Sen. Richard S. Madaleno Jr. (D-Montgomery) and Del. Robbyn Lewis (D-Baltimore), to take a stand against the chicken lobby and introduce this bill. Not one member of the delegation supposedly representing Eastern Shore citizens has shown the political will to stand up to the chicken industry.

Eastern Shore families want to know what’s wrong with the air they breathe. The chicken industry denies being any part of the problem. Sound science would solve this clash. A decade after I opened my doors to “Food, Inc.,” I still have to fight for a simple public-health study on air quality because it might conclude that the poultry industry could improve. I hoped my sacrifice to be featured in the film would result in legislators understanding what their constituents faced at the hands of the poultry industry and motivate them to protect us.