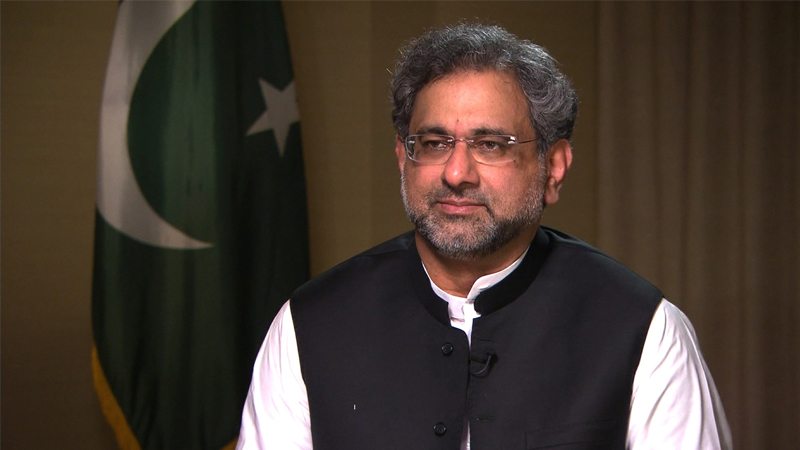 ISLAMABAD: Prime Minister Shahid Khaqan Abbasi on Saturday said Al-Shifa Eye Hospitals was a gift for the society which had been serving masses selflessly for the last three decades.

Speaking at the 27th annual day celebrations of the Al-Shifa Trust, PM Abbasi said that the vision and efforts of General Jahandad Khan had resulted in the establishment of the facility which had become an institution of international repute.

The premier said that he had remained associated with the institution in one way or other and he intended to remain linked with it in the future as well.

He said that this hospital had become a flagship model for prevention and control of blindness for other similar hospitals to be built in Pakistan and other regional countries.

“I believe that the planned children eye hospital – to be opened in August 2019 – will go a long way in providing state-of-the-art facilities to the parents for treatment of their children who are suffering from various eye diseases.”

He lauded the contribution of local and foreign donors, including OGDC and PPL, and promised to serve the cause of Al-Shifa Eye Hospitals.

He praised the outstanding performance of the staff of the hospital and announced a grant of Rs 200 million for the trust. He also gave away awards to doctors and paramedics of Al-Shifa eye hospitals of Rawalpindi, Sukkur, Kohat and Muzaffarabad.

Speaking on the occasion, President of the Al-Shifa Trust Lt Gen (r) Hamid Javaid said, “We will continue our deep commitment to the eradication of the blindness. So far we have been able to treat more than six million patients in the OPDs and more than 600,000 surgeries have been performed.”

He said that a children eye hospital was being built with a total outlay of Rs one billion that would start serving masses in August 2019. “Five hundred children will be treated at the facility on a daily basis while fifty complicated surgeries will also be performed.”

He added, “It will be the biggest hospital in Asia as far as the capacity is concerned for which we are thankful to philanthropists and donors.

Senator Mushahid Hussain Syed briefed participants about his association with General Jahandad Khan and described him as a man of dedication, passion, and commitment, while Dr Wajid Ali Khan informed the gathering about the working of various departments of the hospital.