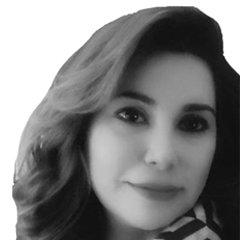 Pakhtun populism: to confront or engage?

Pakhtuns of the conflict zones in Pakistan are demanding civil and constitutional rights after 71 years of independence; any demand for social and economic rights is still a luxury for them. Naqeebullah Mehsud, the young Pakhtun killed in an extra judicial killing in Karachi, is the new face of youth populism in Pakistan. Populism by non-state actors and entities has sprung as a global phenomenon in the post-Arab spring period. Pakhtun populist struggle demanding rights, accountability and end to decades of conflict in the Pakhtun areas of Pakistan is unsurprisingly dealt with an old language and rhetoric of a decolonized Pakistan of 1947 and a country on verge of disintegration in 1971. However, this is 2018, the dawn of new era.

Blaming and shamming others to deflect own guilt won’t work against this youth movement as it depicts a specie level response. Pakistan needs a civilized, humane and State level response to deal with this youth populism. There is an asymmetrical conflict within the state while dealing with youth populism. The choice is either to use force against them, to label them, or to enter into a dialogue process for solving the crisis. The experience of Arab spring illustrates the horrible consequences of confrontation; with toppling of rulers and governments to destruction of states. Pakistan is faced with the same dilemma: either to confront or to engage with the youth populism. Till now, some of the tactics used by the state include registering cases against the youth leaders of Pakhtun Tahaffuz Movement for inciting hate speech against the national institutions, arresting the leaders of PTM, and labelling them as anti-State and anti-Pakistan.

How to deal with the divisive acts of State against citizen for demanding constitutional rights? What is the status of ‘the people’ in the constitution of Pakistan? Is promoting discrimination and hostility by the State within and among the people of Pakistan an acceptable act under the constitution? These are the questions that need to be answered for solving the decades old divisive politics by the State against its own people.

Populist successes are due to State’s sin. The exclusionary views developed by State claiming the will of all against the legitimate demands of the Pakhtun youth are evolving into an authoritarianism: a challenge to the democratic set up and human rights in Pakistan. By passing the landmark 18th amendment in 2010, the Parliament of Pakistan established provincial autonomy and also redefined treason against the State through Article 6. However, two important aspects are yet to be considered.

Firstly, defining and dealing with the divisive politics of the State against people of Pakistan and the acts which promote hostility between and among the people by State actions. Secondly, the constitution in its preamble calls for making provisions to make minorities freely develop their culture. Similarly, Article 28 of the constitution also provide right to citizens for preservation of language, script and culture. However, for the past seven decades, Pakistan has failed to accommodate and develop the culture of different ethnic communities in Pakistan terming any such effort by citizen (though they are in line with Article 28) as promoting separatism, thus framing it as ‘anti-Pakistan’.

Since 1947, Pakistan is trying to develop a cultural identity of its own, while making the culture of people of the land who joined Pakistan as the ‘Other’. After partition, Pakistan opted for an acculturation, that is, assimilation of all ethnic and cultural entities in the nationhood of Pakistan with local cultures feeling a sense of loss. Rather, the position that best suits Pakistan at present is transculturation, or identification with a multitude of cultural and sub cultural institutions and social networks. Pakhtun populism that arose out of human rights violations and a no ending conflict, basis its identity in a culture that existed before the arrival of Islam in the Indian sub-continent. A simple identification with culture of the land does not account for any ‘anti-state’ uprising against the nationhood of Pakistan or threatening integrity of state. The ferocious nationalism pursued by the state with an arbitrary task of nationhood takes a simplified view of sub-cultural understanding with a preconceived notion of negative labelling against people. These are the people who joined Pakistan through an act of free will and an agreement with the founder of Pakistan Mohammad Ali Jinnah.

With this divisive nationalistic discourse, perhaps the most significant question that we are left with is: does the loss of sub-cultures and divisive nature of hostility provoking discourse would lead to any good in light of the events of 1971? At present, the state has to carefully consider the tools available for dealing with Pakhtun populism while PTM needs to carve survival strategies to emerge from the divisive and hostility prone politics of Pakistan. Pakistan, since its inception is struggling with the institutional crisis and upheavals. The constitutional settlement has been theoretically achieved to punish abrogation or suspension of constitution (being representative of people’s rights and wishes) as high treason under Article 6. However, no constitutional provision exists to make divisive language, hostility prone hate speech by the State against its own people for demanding rights a punishable crime.

Inclusion and a sense of belonging is what keep nations thrive. Similar discriminatory language against the rights and culture of East Pakistan has already cost Pakistan to lose one of its part in the war of 1971. Thus, the challenge is to make demands and responses more congenial and to make sure that Pakistan, both state and people are talking about the same thing. Making both the populist and government less intolerant to each other is achievable by searching common grounds of understanding on how to respond to the demands of vulnerable people of the conflict zone. As Dona Hicks remarked ‘consider the emotional toll on people, imagine their sense of loss and then imagine for a moment listening the word ‘welcome’. As a positive gesture, after 16 years of war and conflict, the death of 60,000 Pakhtuns, and protests by the Pakhtun youth, the Pakistani security forces have finally decided to offer a red sweet drink to Pakhtuns at the check posts. This gesture is highly commendable and as Jessica Altieri said ‘wine is just a conversation waiting to happen’.

The writer is a Research fellow, Harvard University having PhD in Peace and Conflict Studies