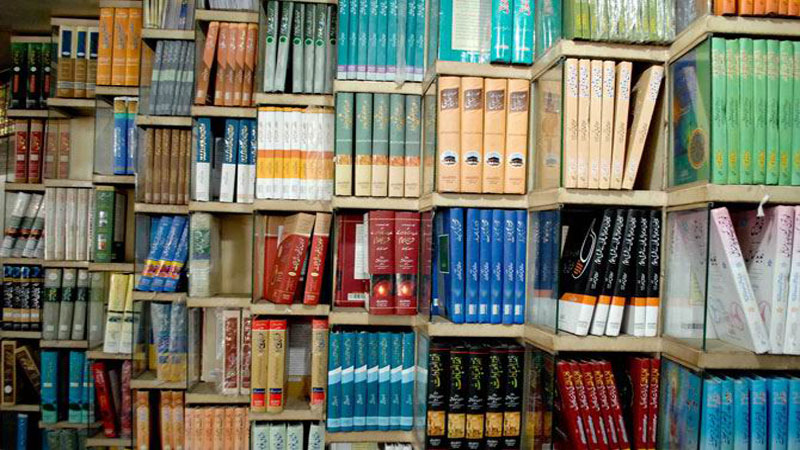 Rich in essence and pure in content, Pakistan’s literature in English and Urdu – and from various regional languages – presents to the readers a world emanating from the tradition and culture of Pakistan. Where the poetry of Allama Iqbal and his vision of the higher self is a concept that readers cherish, the verses of Habib Jalib, Josh Malihabadi, Hafeez Julundhri, Munir Niazi, Ehsan Danish, Mir Dard, and others did pave the way for poetry to grow in Pakistan – especially during the post-independence period. On the other side, the genre of prose brought to fore emotions, thoughts provoking ideas, cultural diversity, and romanticism with the works of Saadat Hassan Manto, Ibn-e-Insha, Patras Bokhari, Amjad Islam Amjad, Wasif Ali Wasif, and Mustansar Hussain Tarrar among others.

During the last two decades, however, Pakistani literature began shifting with the emergence of new authors who began touching upon prevailing social issues with a different perspective. Authors such as Mohammed Hanif (A Case of Exploding Mangoes), Mohsin Hamid (Moth Smoke), Kamila Shamsie (Burnt Shadows), and Daniyal Mueenuddin (In Other Rooms, Other Wonders) not only showed their own literary depth by sending Pakistan’s literature to the global stage.

During the post-independence era, Pakistani writers focused on identity crisis and migration. Women writers in Pakistan also gained a voice during the 50s and 60s with Farkhanda Lodhi, Neelam Bashir, Nishat Fatima, Saira Hashmi, Mumtaz Shirin, and Zahida Hina making an immense contribution to this genre

Authors took into account events preceding Pakistan’s partition. Rasheeda Rizvi showed the struggles of the Kashmiri people against oppression in her novel, Usi Shama ke Akhri Parwane. However, the prose writing Pakistan could emerge because of Qurratulain Heider, who published Pakistan’s first novel, Aag ka Darya in 1957. It highlights the problems of self and collective identity, which the people of the subcontinent experienced just hours before independence.

The literature of Pakistan, however, had a downfall during the post-1971 period, when Bangladesh was East Pakistan and part of Pakistan. The two countries were not on the same page as far as culture and literature were concerned. Writers using East Pakistan as the central message for their prose include Tariq Mahmud (Allah Megh De/Send Clouds, Oh God), Altaf Fatima (Chalta Musafir/The Ever Traveller), and Salma Awan (Tanha/The Lonely Person). These works portray with sincerity the life of people living in East Pakistan.

During the 80s, Pakistan’s Urdu literature shifted its focus from social issues targeting the adults, to suspense and mystery stories targeting the youth. Ishtiaq Ahmed, in this regard, is considered the trendsetter. Famous for penning the Inspector Jamshed Series, Ishtiaq Ahmed’s stories, plot progression, characterisation and climax became his story’s signature mark, thereby elevating his status as a writer and developing the genre of crime and mystery novels in Pakistan. Although poetry is still alive in Pakistan, it was prose, which took command of Urdu literature after independence. Writers used topics ranging from social issues, travelogues, humor, and politics to inform, entertain and widen the reader’s mental horizon.

During the post-independence era, Pakistani writers focused on identity crisis and migration. Women writers in Pakistan also gained a voice during the 50s and 60s with Farkhanda Lodhi, Neelam Bashir, Nishat Fatima, Saira Hashmi, Mumtaz Shirin, and Zahida Hina making an immense contribution to this genre.

Another wave of literature appeared during the late 70s and 80s when authors described the struggles of Pakistanis settling abroad – especially in the Middle East – for better employment opportunities. Short stories by Sabiha Shah, Sheeshay ka Saiban, portray the life of Pakistanis dwelling abroad. However, Iftikhar Nasim in his books Ek thi Larki describes the migration of Pakistanis to the US, which was also increasing during this period. Furthermore, Tassadaq Sohail in Tanhai ka Safar touches upon the life of Pakistanis in London while Muniruddin Ahmed has shown how Pakistanis live in Germany in his book Shaja-e-Mamnooa.

During the 90s and 2000s, Urdu literature took a back seat as writers penning books in English emerged on the fore and evolved Pakistan’s English literature. Kamila Shamsie (Salt and Saffron), Mohsin Hamid (Moth Smoke, The Reluctant Fundamentalist, How to Get Filthy Rich in Rising Asia), Tehmina Durrani (My Feudal Lord, A Mirror to the Blind), Fatima Bhutto (Whispers, The Shadow of the Crescent Moon) are notable writers who gained international recognition.

In 2013, Oxford University Press, Pakistan published an anthology of short stories titled, ‘Karachi – Our Stories in Our Words’, edited by Maniza Naqvi. It was a positive step to promote English literature in Pakistan. Published in this anthology were 99 stories selected from many depicting Karachi’s life in different ways. A short story titled The Dream, written by this article writer, was also published in this anthology. It is of paramount significance for the concerned authorities, especially the established writers, intellectuals, and publishing houses in Pakistan to support the evolution of literature of Pakistan – English, Urdu, and in other regional languages – so that the country can preserve and promote its culture and tradition enveloped in its belief and modern thought.

Another publication, ‘Pakistani Literature’ published by the Pakistan Academy of Letters is creating waves in Pakistan’s literary circle. The biannual publication is committed in highlighting local creative talent as the publication’s latest issue of 2017 (Volume 19) comprises poems translated in English from local languages apart from including English stories and poems. Pakistani literature is bringing to limelight the lesser-known writers from Pakistan on the forefront.

The writer is a freelance columnist and author of ‘You Rise Today!’ available at Amazon