Persecution of minorities at its all-time high

When we have a vision, our intuition is our master. But intuition cannot grasp our physical realities; rather, it keeps pricking our conscience to continue even against our own predilections

Though, throughout the last seven decades, Pakistan has remained notorious for its ill-treatment of its minorities, the cases of persecution have reached an alarming magnitude in the last few years.

In the first three months of 2018 alone, multiple incidents of persecution were reported. Patras Masih and Sajid Masih — two Christian cousins — were brutally tortured by the state institutions for their alleged blasphemy. In Faisalabad, six Christians were accused of blasphemy, a forced conversion was reported in Sialkot, and more recently, a young Christian man was brutally killed by the security guards and doctors at Services Hospital, Lahore.

Interestingly, these cases made it to public only via social media. Due to some unknown reasons, the print and electronic media remains reluctant to report on such issues.

Daring to call out the perpetrators and represent the marginalised communities in Pakistan is akin to inviting public lynching.

When we have a vision, our intuition is our master, which does not understand our issues of physical realities; rather, it keeps pricking our conscience to continue even against our predilections.

After the controversy over Sajid Masih case turned into an unprecedented public obloquy against the perpetrators, the marginalised Christian community was naively expecting a brave action from their own representatives in the parliaments. The ministers from the ruling party not only succumbed to religious pressure but also influenced the situation in government’s favour. 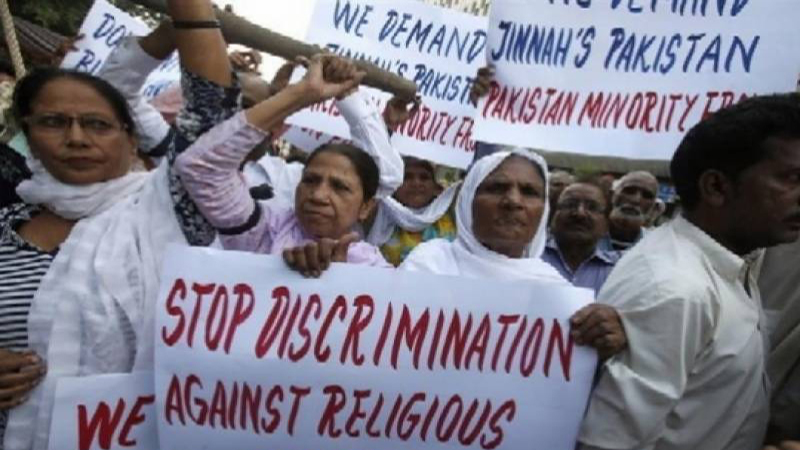 Another reason behind the reluctance of these so-called representatives of Christian community is government’s backing of these politicians; they are loyal to their party first and then to their community. They prioritise their political position over speaking truth.

For instance, in 2015, after the twin bombings rocked Christ Church and St. John’s Church, PMLN blue-eyed loyalist, Kamran Michael was sent by his masters to calm down the Christian protestors, the highly charged crowd stopped him on the road and did not let him enter the village.

Last year, Punjab provincial public prosecutor offered Christian prisoners a complete freedom if they embrace Islam. However, all of those prisoners refused to accept such offer and preferred to die instead. This issue was highlighted in the media, only a few measures were taken against those involved in such crafty crooked plan of theocratic invitation. How could one impose his faith on others? This is a matter of personal conviction.

After the controversy over Sajid Masih case turned into an unprecedented public obloquy against the perpetrators, the marginalised Christian community was naively expecting a brave action from their own representatives in the parliaments. But the ministers from the ruling party not only succumbed to the religious pressure but also influenced the situation in government’s favour

Instead of looking into the seriousness of the matter, the country remains in the state of denial. Minorities’ parliamentarians are the unpleasant mouthpieces of the government. Very recently, the provincial human rights minister of Punjab claimed, minorities enjoy equal rights in the country, nothing to make controversial, families of such so-called leaders themselves do not live in the country, obviously because of the religious persecution in Pakistan.

The US Commission on International freedom, European Union Countries, International Organisations and watchdogs frequently release their reports on the debased situation of religious minorities-But Pakistani institutions are silent.

A country that keeps innocent women behind the bar for a decade just for drinking water from a pot used by her Muslim counterparts must not proclaim equality among all sections of the society. The time of hoodwinking has finished, the reality of minorities’ parliamentarians has been exposed to the world, and government cosmetic claim of equal rights for minorities has become cliché.  In this ultra-modern age of social media, nothing remains unnoticed.